Löfven: The EU's mainstay for vaccines

EU coordination is the main track for arranging vaccines to Sweden, but there is no obstacle to look outside, according to Prime Minister Stefan Löfven (S). - Our vaccine coordinator has a mission to look beyond this, what is there? But it's just that there are no stocks on the shelf waiting, said Löfven when he gave a report in the Riksdag on last week's EU summit in Brussels. 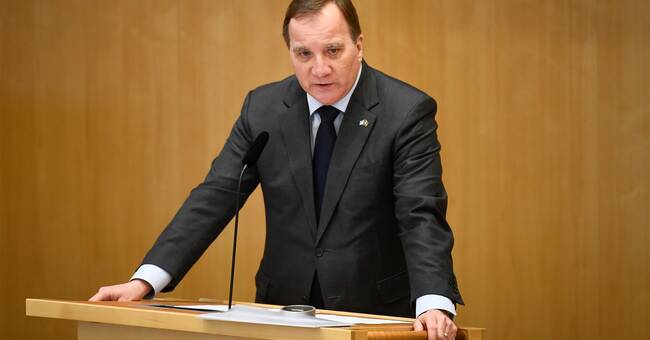 It was a meeting where a lot of time was spent discussing delayed vaccine deliveries and the wise, or unwise, that the EU countries have had the orders coordinated and seem to have lagged behind in vaccination rates.

Löfven said that he pressed during the meeting, and in a separate meeting with the European Commission's President Ursula von det Leyen yesterday, that the Commission must lie to the companies about faster deliveries and increased production.

But the EU path was the right one, said Löfven.

- If we had not been part of this coordination, we would not have been close to starting to vaccinate now, Löfven claimed in a reply with, among others, Ludvig Aspling (SD).

In the Riksdag on Thursday, the Moderates will present an initiative in the Social Affairs Committee on vaccine purchases outside EU coordination.

It calls on the government to "immediately investigate the possibilities for Sweden to buy vaccines on its own."

According to information to TV4, there is expected to be a majority in the Riksdag to give the government such an announcement.