German equestrian sport is currently feeling painfully how the dangerous herpes virus can spread in hiding. From Valencia, where there are many dead horses, it also got to Doha. There are also German Olympic candidates at the start. 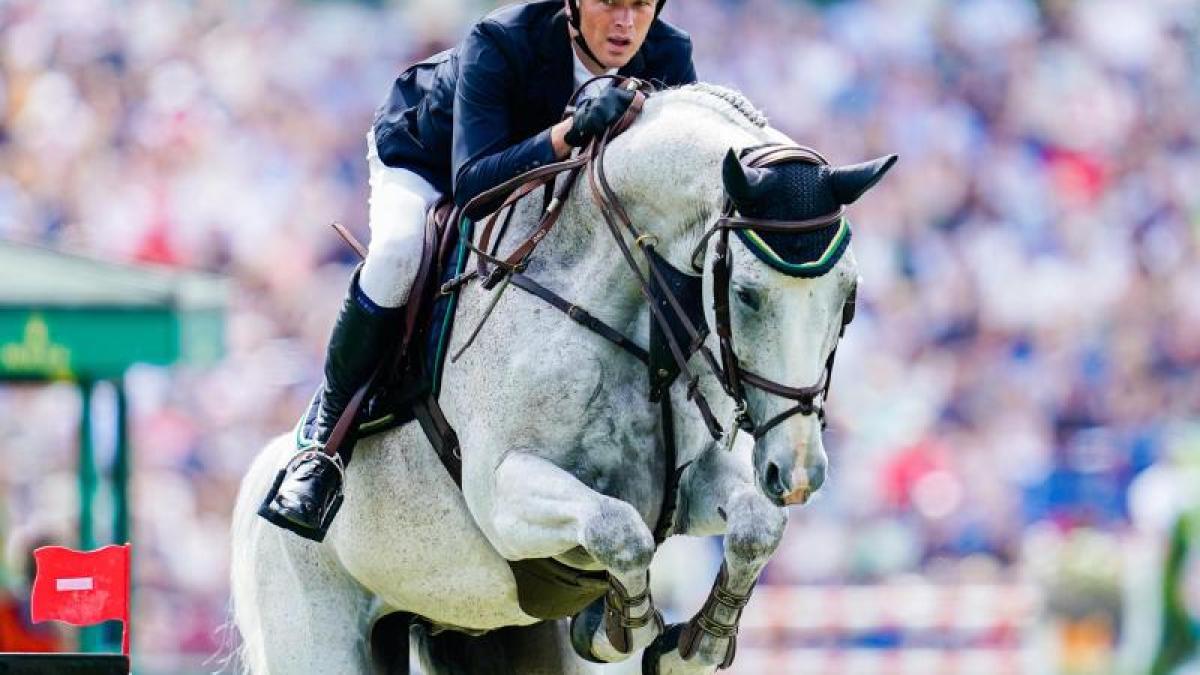 Berlin (dpa) - The fear spreads with the virus.

The aggressive variant of equine herpes from Valencia has now even appeared in Doha, where several world-class riders and German Olympic candidates have traveled.

This is where the Global Champions Tour series of millions is to begin.

"It's madness," said show jumper Marcus Ehning about the difficult situation in equestrian sport with herpes and corona.

The spread of the new and particularly dangerous herpes variant is difficult to prevent, as the infection in two horses of the German show jumper Sven Schluesselburg shows.

You were flown to Qatar a week and a half ago and suddenly had positive tests there.

“That was a total shock,” said the 39-year-old from Ilsfeld in Baden-Württemberg to the “Reiterjournal”.

Sven Schluesselburg: "We can only pray now"

According to the rider, the horses were tested several times in Doha, were negative last week, but positive this week.

Now, to be on the safe side, they are in a clinic, separated from others.

Bud Spencer had a slight fever, Nascari had no symptoms and now had a negative test result.

“We can only pray now,” said the rider: “I'm on the ground and I'm really afraid, also for the horses at home.

It can all happen so quickly and nobody is safe in the end. "

Doha: Have other German horses been infected?

National coach Otto Becker is in constant contact and is worried.

In addition to Schlüsselburg, five other Germans are in Doha with their horses, including three members of the five-man Olympic squad.

"The whole situation is currently a disaster."

“Of course, everyone hopes that no other horses are infected,” said Ehning.

Adding to the uncertainty is that it can take two weeks or more for symptoms and positive tests to appear.

At Schliisselburg it was definitely long after leaving Valencia.

According to the World Federation FEI, he last competed there on February 12th.

The tournament wasn't canceled until nine days later when some horses showed symptoms of the disease.

Since then, several horses in Valencia have died from the virus, many of them show severe disease and are still fighting death.

According to the FN, a total of 64 horses from German riders were in the tournament series, 48 ​​have left Valencia again.

How many of them got infected is unclear.

The number of foreign riders who live in Germany and have already left the show grounds is still unclear.

"That is of course a huge topic here," reported Ehning of the discussions with colleagues in Doha.

They all fear for their animals and their livelihoods.

After the Corona-Aus the Global Champions Tour last year, they hope to restart in Qatar in order to be able to pursue their job and prepare for the Summer Olympics in Tokyo.