At 13 o'clock on Tuesday, a power outage occurred at Arla in Vimmerby. The temperature control of a wood chip boiler was affected by this and initially there was an imminent risk of explosion. The reason for the problems was that the reserve supply did not start in connection with the power outage, something that is now being investigated at the dairy. 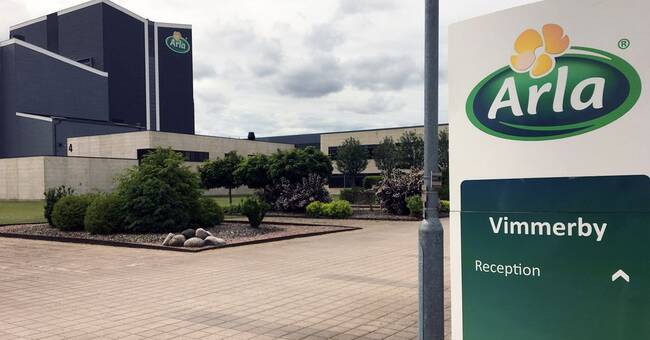 The steam boiler center, which includes the wood chip boiler, has been owned since Monday by the energy company Adven, which recently entered into a long-term partnership with Arla.

According to Advens' CEO, Henrik Johansson Casimiro, there was never any risk of an explosion on Tuesday.

- If you look back on it, there was no risk of explosion or danger to the public.

The main risk was damage to the facility, he says.

The reserve power did not start

The power went out at lunchtime and Henrik Johansson Casimiro explains that a reserve supply on such occasions should start to ensure that the emergency system works.

But at Arla in Vimmerby, the reserve supply never started, which was the reason for Tuesday's event.

According to Henrik Johansson Casimiro, it is not known why the reserve power did not start but that it is being investigated.

- That should not be the case.

It can happen wrong and then the reserve supply should always start, says Henrik Johansson Casimiro.

Henrik Johansson Casimiro explains that the pan risked ending up in a dry cooking mode.

What is happening now is that we inspect the plant before we put the steam boiler back into operation.

The spare boilers were started up already on Tuesday evening and the facility at the dairy in Vimmerby is back in full operation.