The concern about a third corona wave meets wishes for ways out of the lockdown: Before today's Bund-Länder round, the virologist Christian Drosten described his view of the risks. 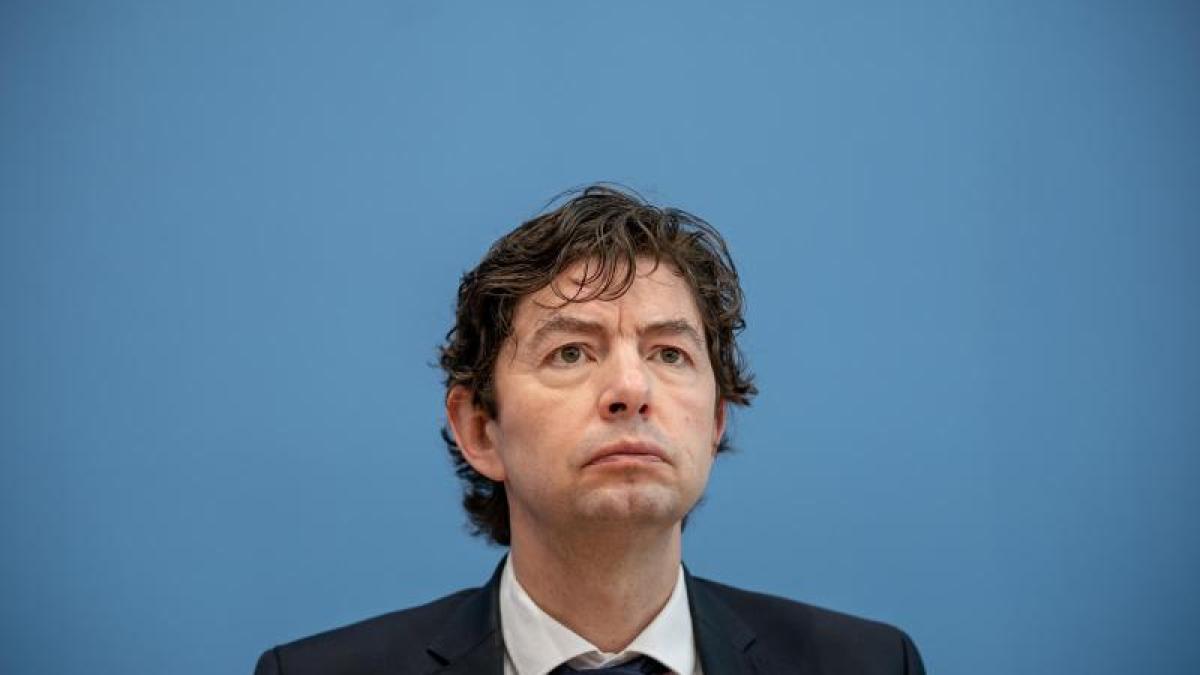 Berlin (dpa) - Before the federal and state consultations on the corona pandemic, the virologist Christian Drosten showed understanding for requests for easing, but warned to be careful.

The proportion of the more contagious variant B.1.1.7 continues to grow, the warmer season will not eliminate the problem, and vaccination needs more speed, emphasized the expert for coronaviruses from the Charité in the "Coronavirus Update" at NDR-Info.

It is “a really difficult game if you relax too quickly now.

You just run into a situation with naive eyes. "

The proportion of the mutant discovered in Great Britain in the infections in Germany has, according to Drosten's estimate, increased to about half - and the proportion will continue to rise, which is inevitable, he said.

The measures there are stricter compared to Germany.

In this country, an increase in new infections is to be expected with easing, explained Drosten.

"But it is justified to withdraw such measures," he said, referring to social and economic considerations.

He fully understands the desire for relaxation.

However, it is important to examine carefully where this is possible.

The Divi experts are in favor of a lockdown by the beginning of April.

The virologist does not expect much help from the warmer season in coping with the pandemic.

He referred to a study according to which a maximum reduction of 20 percent can be expected.

There is no reason to assume "that we can expect a seasonal effect here that is like that of the normal cold coronaviruses".

Statements to the contrary in the public are scientifically not tenable.

The current situation is also not comparable with the spring of last year, emphasized Drosten: The number of cases was lower at the time, and the virus was not yet widespread.

In the meantime, the pathogen has also arrived in parts of society that are difficult to reach, where there is little insight into the measures or where these messages do not even arrive.

"We have to factor in all of these things and be careful not to run naively into such a situation that the economy will later fall on its feet."

In order to make faster progress with vaccination, Drosten pleaded for more pragmatism.

There are tried and tested structures with family and company doctors that should also be used.

These doctors also know who should be given the preferred vaccination.

Drosten described his impression of very perfectionist planning on questions "how to make appointments down to the smallest link and well into the summer".

But not everything has to go perfectly: It is important to administer the large amounts of vaccine that can be expected soon as quickly as possible in order to build up population immunity.

After months of lockdown, there are signs of further opening steps in Germany - but depending on the regional infection rate and with an "emergency brake".

This emerges from a preliminary draft resolution for the Bund-Länder-Round this Wednesday, which has the status Monday 7.10 p.m. and according to reports has not yet been coordinated with all Länder.

In principle, the lockdown is to be extended to March 28, also because of the danger posed by the new virus variants.