The President of the Republic, Sergio Mattarella, also participates in bilateral talks with the Holy See, on the occasion of the anniversary of the signing of the Lateran Pacts and the Agreement for the Revision of the Concordat 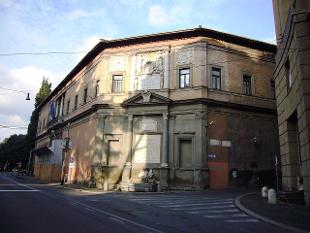 02 March 2021 Prime Minister Mario Draghi arrived early, as is his habit, at Palazzo Borromeo, seat of the Italian embassy to the Holy See, for the bilateral negotiations between Italy and the Vatican on the occasion of the celebration of the Lateran Pacts, the latest of the ambassador Pietro Sebastiani, outgoing.

The premier arrived earlier than the scheduled start of the talks, at 4.15pm.

Draghi's first meeting with the Vatican and CEI

Mario Draghi meets today for the first time in his role as Prime Minister the leaders of the Holy See and the Italian Bishops' Conference on the occasion of the traditional reception on the anniversary of the Lateran Pacts.

At Palazzo Borromeo, seat of the Italian embassy to the Holy See, Draghi meets Cardinal Pietro Parolin, Vatican Secretary of State, Cardinal Gualtiero Bassetti, President of the CEI, and their respective delegations.

At about 5.30 pm the President of the Republic, Sergio Mattarella, and the presidents of the Senate and the Chamber, Maria Elisabetta Alberti Casellati, and Roberto Fico will join the talks.

On the other hand, the extended reception that usually concludes the appointment will not take place.

The pandemic predictably will also dominate the speeches of this tradition that is renewed every year, postponed this year due to the political crisis that resulted in the appointment of Draghi.

Precisely in the days preceding his arrival at Palazzo Chigi, on January 26, the president of the CEI, himself recovered from Covid, highlighted, by opening the permanent episcopal council, a series of "fractures" that the virus has inflicted on the Italy.

A list of concerns for the weaker sectors of society, including immigrants, who could return to talks behind closed doors with the new premier: the health fracture, the social fracture that has hit in particular "the young, the elderly, people with disability, vulnerable people ", the educational fracture and the fracture of the new poverty, with the hope of an intervention" on the over-indebtedness of families and businesses ".

And the list of Caritas data: "Almost one in two people who turn to Caritas does so for the first time".

Words echoed verbatim by Draghi in his keynote speech to the Senate on February 17.

The confirmation, if it were needed, that the new Prime Minister, a solid faith even if not heralded, immediately aimed at a harmony with the Catholic world.

A pupil of the Jesuits, appointed last July by the Pope to the Pontifical Academy of Social Sciences, in his speech Draghi also explicitly quoted the Pope regarding the environmental emergency: "As Pope Francis said 'Natural tragedies are the answer of the earth to our mistreatment '".

Just a few days earlier, on receiving the ambassadors accredited to the Holy See, it was Jorge Mario Begoglio who pronounced a significant acknowledgment of the role of the European Union: "I consider the commitment of the European Union and its Member States to be significant, which despite difficulties, they have been able to show that it is possible to work hard to reach satisfactory compromises for the benefit of all citizens. The allocation proposed by the Next Generation EU plan represents a significant example of how collaboration and sharing of resources in a spirit of solidarity are not only desirable objectives, but really accessible ".

Predictably, in this afternoon's meeting there will also be a reference to foreign policy, in particular to the delicate journey that Pope Francis will make in Iraq from 5 to 8 March.

Up to now, and for several years now, the Presidents of the Council have given up, at the Pope's thoughtful invitation, not to show up at the airport to greet the Bishop of Rome who is leaving for a trip abroad.