A record number of smuggling dogs are stopped at the border

Many Swedes wanted to join a dog during the pandemic year 2020, but the craving became so great that the Swedish market was not enough. A gloomy consequence was that more and more people seem to have turned to illegal alternatives where the dogs often suffer. 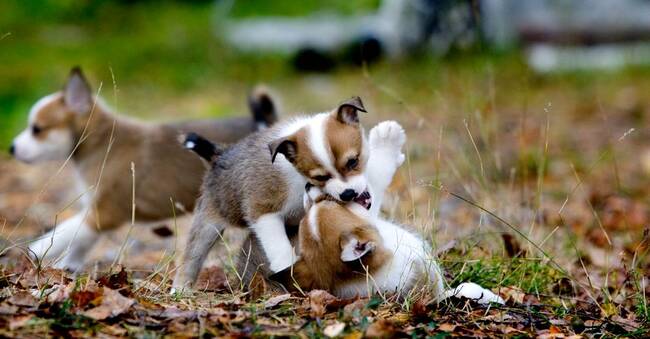 A record number of dogs were stopped from being brought into Sweden in 2020, according to statistics from the Swedish Customs.

Last year, 280 dogs were stopped at Sweden's borders for various reasons, compared with 200 the year before.

- We think it depends on the situation with the pandemic - people sit at home and want company, and then it is not too rare for a dog the choice falls on, says Jonas Karlsson, expert at the Swedish Customs' legal department and expert on trade in live animals.

The large increase in smuggling of dogs took place during the autumn, when supply in Sweden fell sharply below demand.

The consequence was that many sought other paths than ordinary kennels to get a dog.

- You search for Blocket, Facebook, Twitter and so on, where you can find ads for dogs that are sold, says Jonas Karlsson.

In addition to the dogs that are smuggled into Sweden, for example, having rabies, it also means great suffering for the animals.

- The transport itself is terrible.

They lie in their own feces and urine without food.

What is to happen to the dogs that are discovered at the border is decided by the Swedish Board of Agriculture, which can either decide on killing or to send them back the same direction they came from.

- It is often as if they are very sick and very bad, then you simply kill them, says Jonas Karlsson.

According to the Swedish Customs, dog smuggling has become more interesting for criminals and you can also see how smuggling is becoming more organized.

- We experience that the number of dogs per smuggling opportunity has increased.

Previously, there were a few to a couple of puppies, now there are significantly more at a time.

And there is always a ready recipient in principle - you have ordered 7-8 dogs and have sales for them within a week.

The dogs often come from Poland, in a well-known case from last summer, ten puppies were discovered in a truck from Poland, all of which had to be killed on the spot because they were in such poor condition.

- But they also come from Romania and Bulgaria, and now it is starting to increase from the Balkan countries as well, says Jonas Karlsson.

The trend of increased smuggling has continued this year as well, as the Swedish Customs had stopped 91 dogs at the borders until 28 February, compared with 28 dogs in the same period last year.

- We see no reduction.

Rather, we see that it will be an even higher figure if it continues like this, says Karlsson.

He thinks that you have an obligation as a buyer to make sure that it is not a smuggled dog you buy - and if you do it after all, you can be guilty of a crime, he emphasizes.

- You really have to think about what you do.

You should not think that you just want your little cuddly dog, but it may have gone very bad and it may feel very bad.