The Ras Al Khaimah Transport Authority launched a smart system, "Shaheen", to monitor the health status of drivers while driving, and to maintain their safety and the safety of passengers, as part of the first experimental phase during Innovation Month 2021 under the slogan "The Emirates Innovates". 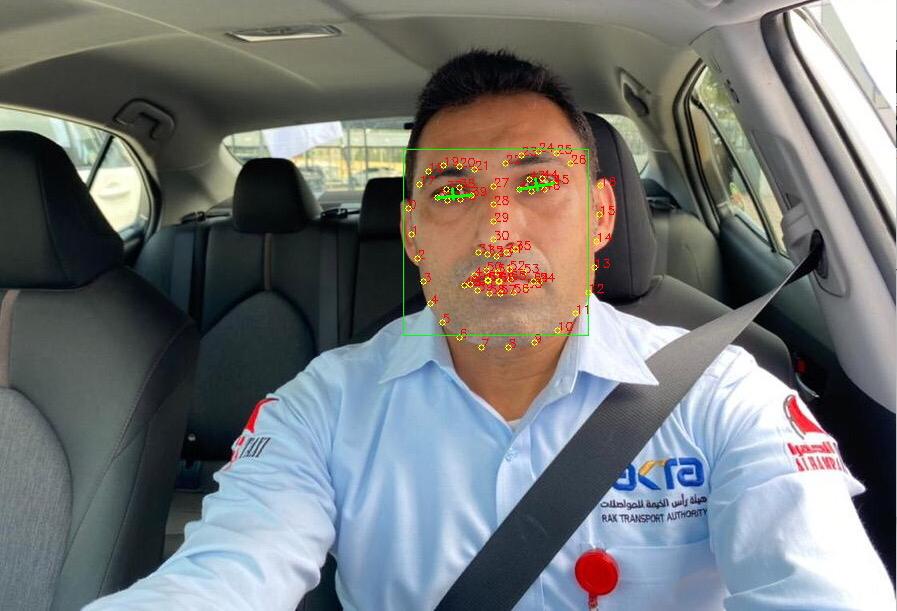 Ras Al Khaimah Transport Authority launched a smart system "Shaheen" to monitor the health status of drivers while driving, and to maintain their safety and the safety of passengers, as part of the first experimental phase during Innovation Month 2021 under the slogan "The UAE Innovates".

The Director General of the Authority, Ismail Hassan Al-Balushi, said that the "Shaheen" smart system works by installing a camera in front of taxi and bus drivers that works with artificial intelligence, and that reads the driver's face from signs of fatigue and stress that he may suffer, and monitors them through technical indicators linked to the control and control center. Smart Authority in order to take measures that suit the driver's condition on the basis of it.

He explained, "Shaheen" system works to monitor drivers' behavior while driving vehicles, to ensure their commitment to the rules, principles and ethics of the profession, in addition to motivating them to observe professional behaviors in dealing with transport users, to achieve the highest safety standards in line with the authority's vision in regulating the transport sector and ensuring Provide safe, reliable and smart transportation services.

He pointed out that the system monitors drivers exceeding the speed limit, their lack of commitment to safe driving, their reckless use of the brakes, their sudden turn, and being distracted from the road using a mobile phone while driving, as the RTA's smart control and control center analyzes these data and takes immediate measures that ensure the safety of users of vehicles The fare and public transport buses contribute to reducing complaints and observations.

He added that the authority launched the experimental phase of smart control and control systems in transportation, represented by installing four smart cameras in taxis in addition to eight cameras in public transport buses, which aim to enhance and provide the highest levels of security and safety in transportation in the Emirate of Ras Al Khaimah.

He pointed out that the smart meters project works with an artificial intelligence system to improve the operational operations of the fleet of vehicles, and is linked to a smart control and control center in which it inspects the bus and taxi fleets immediately and 24 hours a day, thus enhancing the smart city system.

He explained that the aim of the smart systems is to strengthen the security system in the emirate of Ras Al Khaimah and the security of transportation, and to enhance government directions to shift to smart cities and raise the quality of life for the residents of the emirate, as the systems provide support and a comprehensive solution for the comprehensive management of taxi and bus fleets and help decision-makers to achieve Improving and developing services and maintaining the safety and security of transportation users by reducing traffic accidents, complaints and lost vehicles in transportation.