What Fashion week? Models confused after one year of Covid - France 24

What Fashion week? Models confused after one year of Covid 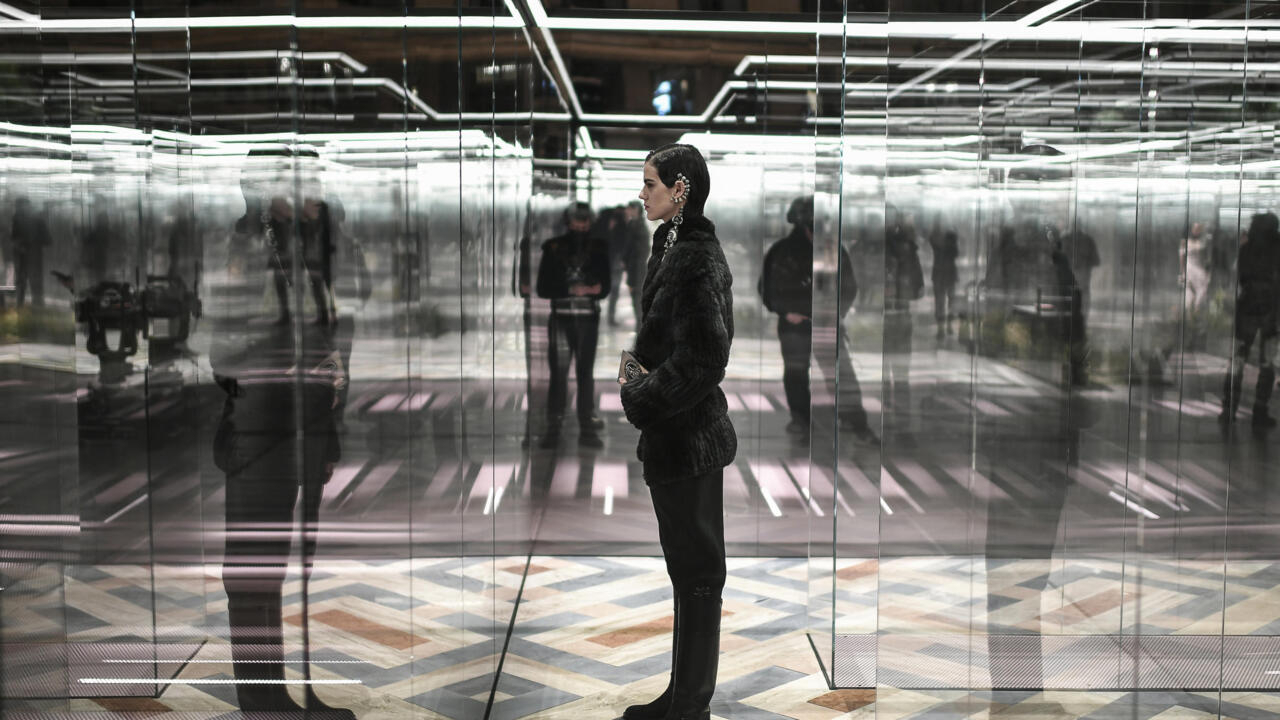 "Is there a Fashion week?"

The pandemic deprived the models of the podium and of the freedom of movement.

And if some benefit from less competition, they all regret the energy of the parades that nothing can replace to propel their careers.

Christelle Yambayisa was not idle from the first confinement last March: brands, including Monoprix, sent her clothes, her boyfriend took photos that she sent back to customers.

"It was sketchy, but it worked."

Then come trips to Milan, Sweden or Poland for advertising campaigns, a look book of Issey Miyake in Paris ... "There is no less work", she confides to AFP .

But the job is no longer the same.

"There is a Fashion week at the beginning of March? I didn't know at all," joked Christelle a few days before the week of women's ready-to-wear in Paris which begins Monday, again virtual.

She remembers how fashion weeks previously punctuated the lives of models.

Before that of September, the most important, "we started going to the sport, to sleep early to be in shape when the castings started".

"It is important to open or close a parade, it raises the direct rating. Sometimes we saw a new face on twenty shows, it got crazy."

In the films now showing the collections, "we can't recognize them," she adds.

“Even though I'm making a video with a house like Hermès, I know I'm going to be lost”.

Financially, it is also less interesting.

"We made a minimum of 4,000 euros during Fashion week, up to 50,000 euros for some. It was a sacred moment", remembers Christelle Yambayisa.

For the Turkish model Oyku Bastas based in Istanbul and who for five years has been doing Fashion weeks in Paris, Milan, London and New York, the health crisis is "super hard" to live with.

"I didn't win anything for six months," she told AFP.

She previously earned 6 to 7,000 euros per Fashion week in Paris, which allowed her to live and continue her studies "three months later".

"I was in Turkey, all the borders closed, the consulates stopped working."

Taking advantage of her American visa, she has been working for a month in New York where she takes part in photo sessions.

"There is only one session per day, not every day and the prices are not the same," says Oyku.

In France, it is difficult to obtain aid for models who have the status of employee very little suited to their profession, regrets Ekaterina Ozhiganova, model and founder of the Model Law association which defends the rights of models.

Around fifty fixed-term contracts, sometimes lasting a single day, are impossible to enter on the Pôle Emploi site and the number of hours worked on French territory required to be eligible for aid is insufficient, even for the most active.

Very international, the fashion world has shrunk in the face of the Covid.

"Being French, I had the chance to be in Paris and I was able to work with French brands" before traveling to neighboring countries, Italy or Spain, tells AFP Cyrielle Lalande.

"I have so many clients, I even have new ones. Since not all girls can travel, brands are looking more locally."

The couturier Julien Fournié had to find in extremis a model in France for the shooting in January of his film, replacing a Belarusian who was not allowed to go to Paris, considered "non-essential".

Except that the haute couture dresses were made for her measurements.

The Spanish Nieves Alvarez, muse of the French fashion designer Stéphane Rolland told AFP in January, "to feel privileged" to participate in his film shot in Paris.

Christelle Yambayisa said "to work a lot more, like all black models in Paris", because of the absence of black models from the United States or England.

"The teams are French, in Paris all the make-up artists are French, whereas before it was mixed, everyone could come and leave".

Not wearing a mask, the models are particularly exposed.

Four told AFP that they caught the Covid during Fashion week in September in Paris.

They are affected by make-up artists who often apply products with their hands "which they certainly do not sterilize like surgeons", underlines Ekaterina Ozhiganova.

Protocols have since hardened and houses now require a 48-hour PCR test for everyone before entering the job site.

Oyku does two tests per week, Christelle is at 39 PCR tests.