Watch the new "Bernabeu" ... a year since the lights of the "royal" stronghold were turned off

On March 1, 2020, when the "Santiago Bernabeu" stadium, the Real Madrid stronghold, went out, no one expected that these lights would not be lit again. 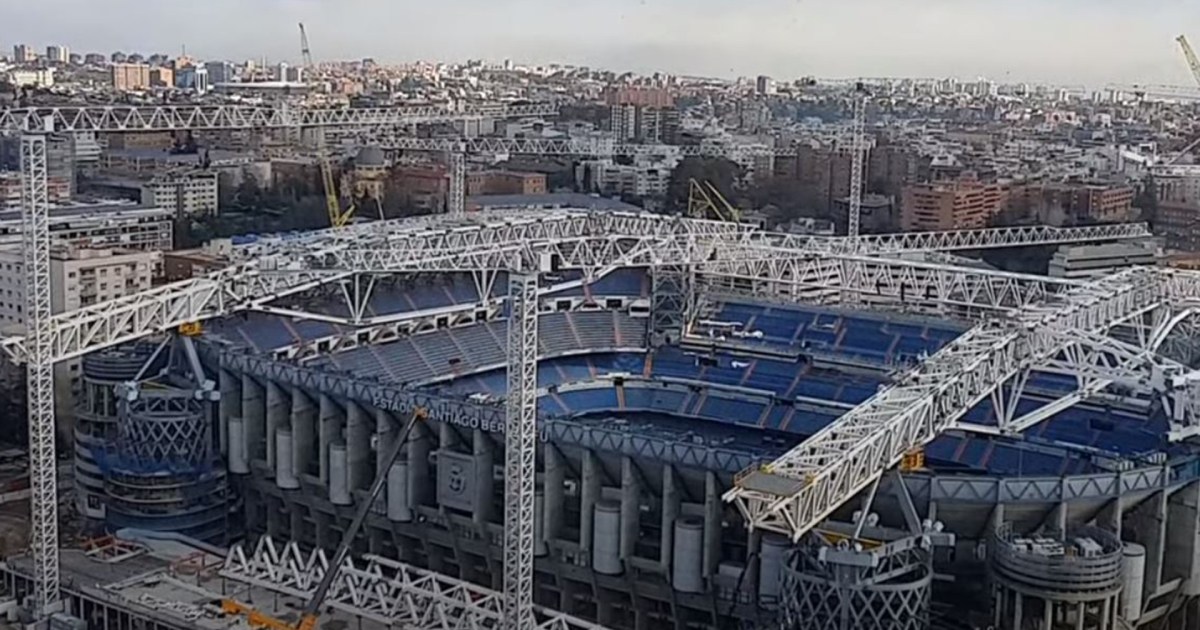 On March 1, 2020, when the "Santiago Bernabeu" stadium, the Real Madrid stronghold, went out, no one expected that these lights would not be lit again.

The stadium is still shaking with joy and celebration of Mariano Diaz's goal, which secured the "royal" victory over Barcelona with two unanswered goals in the El Clasico, but these fans who were watching the match did not know that they would see the "Bernabeu" for the last time.

Then the Corona epidemic swept the world, sports stopped and stadiums were closed, including the Meringue stronghold, and the masses were not allowed to return to the places they love.

Since last April, more than 700 workers have been heading daily to the "Bernabeu" to renovate it and make it the best stadium in the world.

The holding of matches behind closed doors in the last 12 months has allowed Real Madrid to move their matches to the "Alfredo Di Stéfano" stadium, and allowed the same time for the Bernabeu to run as planned or even faster.

On June 14, 2020, the Spanish capital's team played its first match at its temporary stadium amid analyzes and monitoring of the effects and repercussions of this stadium on the players ’performance, but the performance was impressive, and the Real Madrid won all of its remaining six matches of the season at home and crowned the League title.

The "Alfredo Di Stefano" stadium was visited by 14 teams, and the stadium is awaiting the arrival of Barcelona, ​​Elche, Real Betis, Osasuna, Seville and Real Sociedad (tomorrow, Monday).

The most important match Real Madrid awaits in its temporary stadium is against Barcelona in the Spanish El Clásico, which is expected to take place on April 10.

Real has worked hard and made many adjustments to the stadium to obtain the necessary licenses from the Spanish League and the European Union (UEFA) to transfer its domestic and continental matches - in record time - to its temporary stadium.

The general lockdown to combat the spread of the virus benefited the businesses at the Bernabéu, but was financially disastrous for the team.

Due to the repercussions of "Covid-19", the riyal lost more than 100 million euros, and he explained in his annual financial statement that it was due to the absence of any income from the fans and the return of the value of tickets and services that the fans had booked for the coming months.

However, the financial crisis did not affect the construction at the Bernabéu, because the amount of 575 million euros was allocated in the 2019 budget, and the amount is a 30-year loan with an interest rate of 2.5%, and the riyal will not begin to repay the amount before 2023, that is, when the development operations are completed, the stadium opens and the revenues start to flow again On the club's treasury.

The absence of the fans did not only affect the riyal, but also affected the local trade, such as the shops and restaurants near the stadium, which has turned these days into a giant workshop full of workers and the voices of the masses are absent from it.