United States: Frustration mounts within the left of the Democratic Party

It has been more than a month since new US President Joe Biden took the reins of the White House, supported by a majority of Democrats in Congress. But between the centrist wing and the wing ... 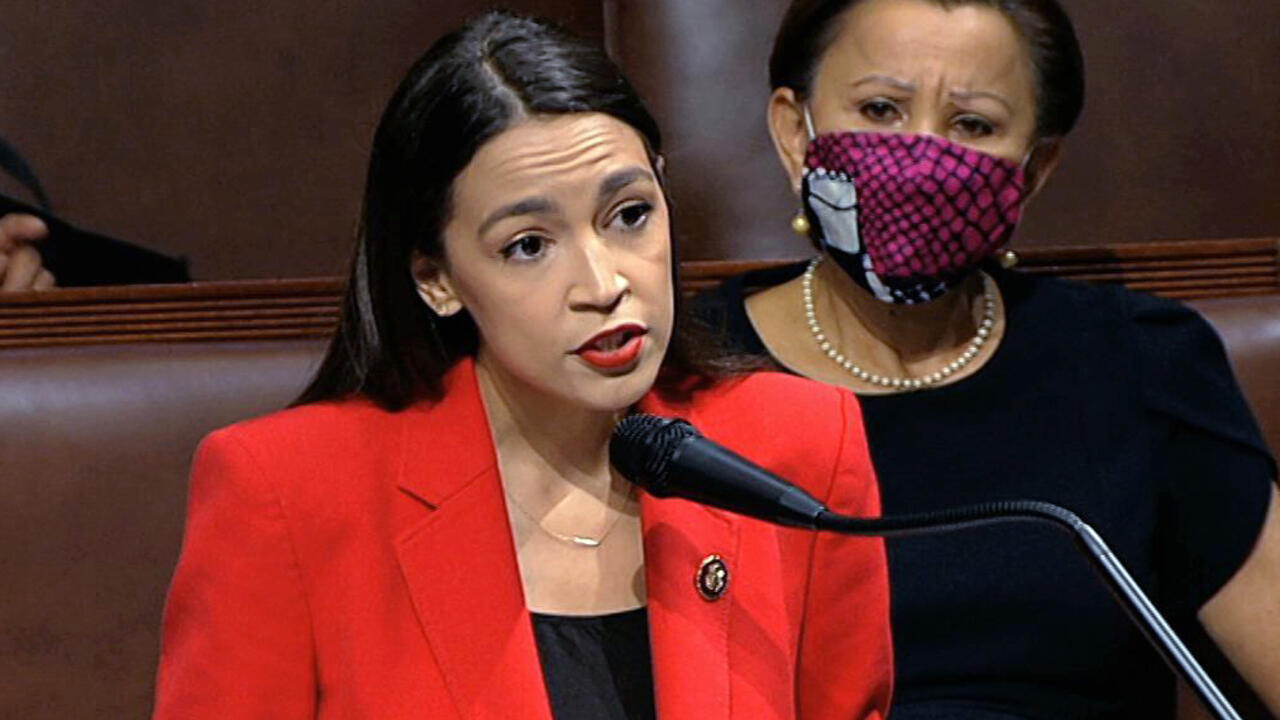 United States: Frustration mounts within the left of the Democratic Party

It has been more than a month since new US President Joe Biden took the reins of the White House, supported by a majority of Democrats in Congress.

But between the centrist wing and the left wing of the party, the differences are starting to be felt.

Progressives make no secret of their frustration over some of Joe Biden's decisions.

Whether it's on minimum wage, student debt or climate policy, the left wing of the Democratic Party is pressuring the Biden administration.

Without much success for the moment, hence a certain frustration among the progressives.

If they support the gigantic stimulus package as a whole, however, they are trying to find an alternative to encourage the increase in the minimum income from 7.25 to 15 dollars by 2025. A measure that the Democrats had to abandon to pass the bill in the Senate.

Indeed, to ensure the adoption in the Senate of the recovery plan by a simple majority, the Democrats use the procedure of "

A procedure that requires the approval of the guardian of procedures in the upper house of Congress, Elizabeth MacDonough, also called in English "

She is not elected but appointed by the leader of the Senate majority - in this case Democrat Harry Reid in 2012. On Wednesday, she declared that the increase in the minimum wage violated the "Byrd law" which prohibits include clauses "

" to taxes and expenditure

in the budget of legislation to be voted according to "

Disappointed, Joe Biden let it be known that he would still bend to the rule and try to have the minimum wage hike voted separately.

Legally, its vice-president Kamala Harris can override Elizabeth MacDonough's advice, but she will refrain from doing so.

What does not pass with the progressive democrats.

Cracks repressed since the presidential election

The White House and the Senate majority can and must include the minimum wage hike in law,” said

, representative of the state of Washington.

We just can't go back to our black, Asian-American, Native American, poor, or working-class voters who offered us the White House and Senate majority, and tell them that an unelected parliamentarian is telling us - based on obscure rules - that we cannot raise the minimum wage as we promised.

This is the sticking point that could explode the left wing's frustration with the centrist administration of Joe Biden.

The progressives also scold against another procedure: the "

" or parliamentary obstruction, that is to say the possibility of delaying as much as possible the adoption of a law, by endless speeches but also by a qualified majority vote of 60 senators. out of 100 - which implies rallying at least 9 Republicans to the Democrats' cause.

Republicans don't let anyone stand in their way when it comes to passing their laws for business and against the people.

We must fight hard for the American people and not hide behind the arrest of an unelected parliamentarian.

It's time to take the initiative.

Progressives are often told to "fall into line".

It's time to tell moderates to "fall in line."

What's a Democratic majority if we can't pass our priority bills?

Gradually, other repressed cracks appear in the democratic majority.

The problem for the left wing of the party is not just Joe Biden, but the right wing.

Even if the president decided to override the advice of the "parliamentarian" and include the increase in the minimum wage in the stimulus plan, he would probably not get the full votes of the 50 Democratic senators.

Two of them would oppose it: Joe Manchin of West Virginia, who has proposed a smaller increase, and Kyrsten Sinema of Arizona, who does not want an increase in the stimulus budget.

Another bone of contention: student debt.

For some members of the left wing, but also Elizabeth Warren and Chuck Schummer, the leader of the Democratic majority in the Senate, the government must do more to reduce it.

In addition, an insidious conflict is looming between the two currents of the majority: the appointment of Neera Tanden, the president's candidate to lead the budget in the White House.

In the eyes of progressives, it is too centrist: a Democratic senator has already opposed its confirmation.

Without the help of the Republicans, the presidential candidate would therefore not pass, which would mark a first setback for the new American president.