Stina Wollter about her first body activist film on Instagram: "Important event in my life"

Stina Wollter is one of Sweden's most famous body positivists, which means that she shows undisguised pictures of her body to her hundreds of thousands of followers on Instagram, to de-dramatize, for example, fat or cellulite. In My Truth, she tells about the video clip that became the starting shot.&nbsp; 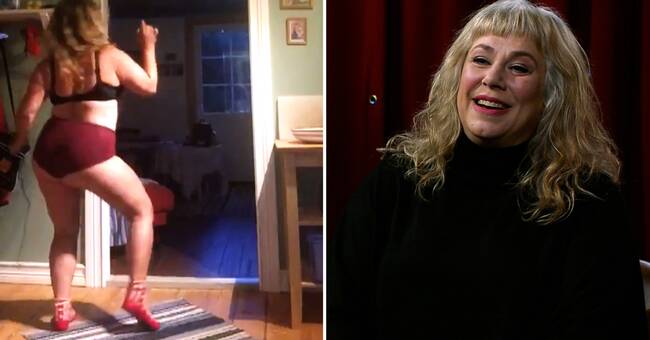 Stina Wollter was alone in the country one evening in 2015. She listened to old hits, got a feeling and recorded a dance on her mobile.

- I probably looked through it twenty times.

The first ten times I ground everything I'm indoctrinated through my head: Damn how disgusting you are, the cellulite, all that.

But then I look a few more times, because there is a small voice in me that wants to penetrate all that.

And that voice suddenly says: But look how beautiful she is!

"Proof that something is wrong"

Stina Wollter describes how she continues to look until the positive voice has completely taken over, and then she presses "publish".

- And when I wake up the next morning, the internet has exploded.

And only that is proof that something is crooked.

The post where Stina Wollter dances to Can't touch this with MC Hammer wearing underwear and socks received more likes and comments than her account had ever had before, according to data from Crowdtangle.

- The absolute largest percentage cheers: "you look like me" and "how wonderful you are".

A confirmation of what I saw beyond the learned way of looking at fat.

And then there will also be "dressing up you fat whore".

- Through that film, I got a smorgasbord of reactions that represent the vulnerability that bodies live in today, says Stina Wollter.