Mothers in Sörmland breastfeed the least in the country

The proportion of mothers who breastfeed in full or in part four weeks after giving birth is lowest in Sörmland. It shows the latest figures from the Pregnancy Register. 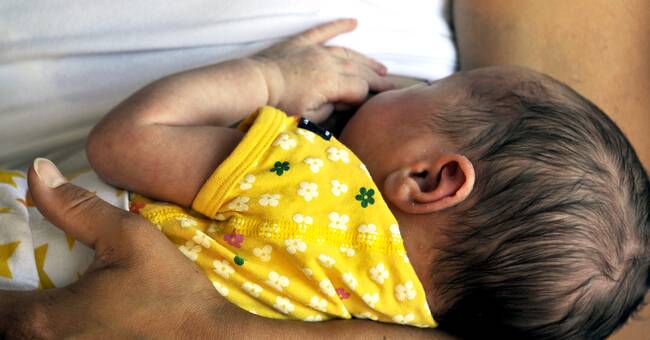 Full paralysis continues to decrease and partial paralysis was in 2019 at the same level as 2018, according to the Pregnancy Register, which collects statistics on maternal health care, fetal diagnostics and childbirth in Sweden.

This is despite the fact that studies indicate that there are many benefits to breastfeeding, both for the baby and the mother.

And Sörmland stands out.

The figures show that only 82 percent breastfeed fully or partially four weeks after giving birth.

The figures for the country are 85 percent and for Uppsala, with the highest proportion of breastfeeding mothers, at 90 percent.

Mothers who breastfeed the least

There are various factors that determine whether and for how long mothers breastfeed their children.

Mothers with mental illness, single or young are the ones who usually stop breastfeeding early.

Even mothers with a low level of education breastfeed less and in Sörmland the proportion of low-educated is among the highest in the country.

Sörmland also has the highest proportion of foreign-born women, 31 percent.

- Many of them come from a culture where you breastfeed a lot, but they need support that is adapted to their needs and we do not really reach them today, says Ingrid Blixt, regional joint coordinating midwife.