Does Messi deserve expulsion from the Seville match?

In the end of the first half of the Seville and Barcelona match - which ended with the latter's victory with two clean goals - the Andalusian team players demanded that Lionel Messi be given a second yellow card, and thus he was expelled from the match after a deliberate mistake. 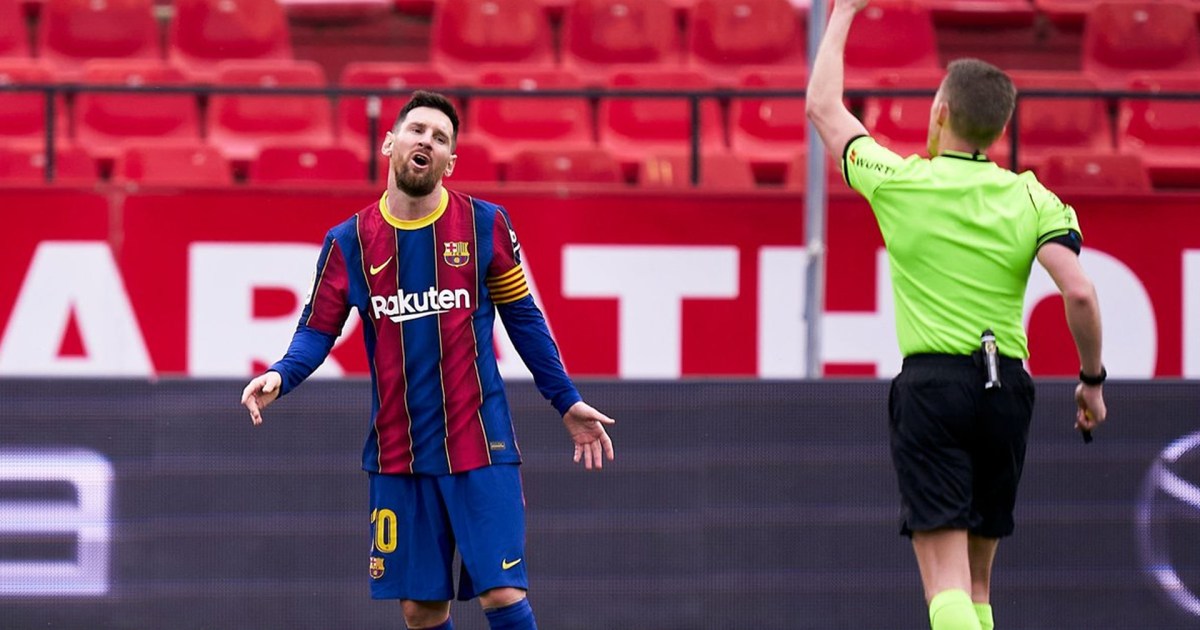 In the end of the first half of the Seville and Barcelona confrontation - which ended with the latter's victory with two clean goals - the Andalusian team players demanded that Barca captain Lionel Messi be given a second yellow card, and thus he was expelled from the match after a deliberate mistake committed on Frenchman Jules Conde, who was on his way to build a promising attack for the owners of the land .

Messi received the first yellow card in the match after blocking the Brazilian Fernando, who preceded him to reach the ball.

Regarding the two incidents, Spanish refereeing expert Andujar Oliver says that "Messi cannot be awarded a second yellow card and expelled from the match in the conflict between the Argentine and Conde."

"The first yellow card awarded to the player was cruel," he added.

Andujar Oliver: Messi's challenge on Kounde was not worthy of a second yellow card https://t.co/rmtJZGIKu6 pic.twitter.com/cThQgF9CFm

On the other hand, former Egyptian football star and current beIN Sports analyst Mohamed Abu Trika confirmed that Messi deserves a second yellow card and consequently expulsion, because he deliberately obstructed Condi while he was building a dangerous attack for his team.

As for the analysts of "This Evening's Studio", the Tunisian Fathi Al-Mouladi, the Lebanese Ali Al-Zein and the Kuwaiti Abdel-Karim Al-Shamali, they agreed that Messi deserves the expulsion, and referee Alejandro Hernandez did not raise his second yellow card in his face, just because his name is Messi.

It is noteworthy that the "Pulga" made the first goal for Frenchman Osman Dembli, and fought on the ball to the last breath to score the Moroccan goalkeeper Yassin Bono and score his 19th goal this season and lead the scorers' list, 3 goals ahead of his friend Luis Suarez, Atletico Madrid's top scorer.

He also led his team to temporarily clinch second place from Real Madrid, who on Monday host Real Sociedad at home.