Carlos and Carole Ghosn publish a book written by four hands which tells the `` descent into hell '' of the businessman, from his arrest in November 2018 in Tokyo to his incredible flight to Beirut a year later. `` Like a resilience after the ordeal '', they explain Sunday on Europe 1. 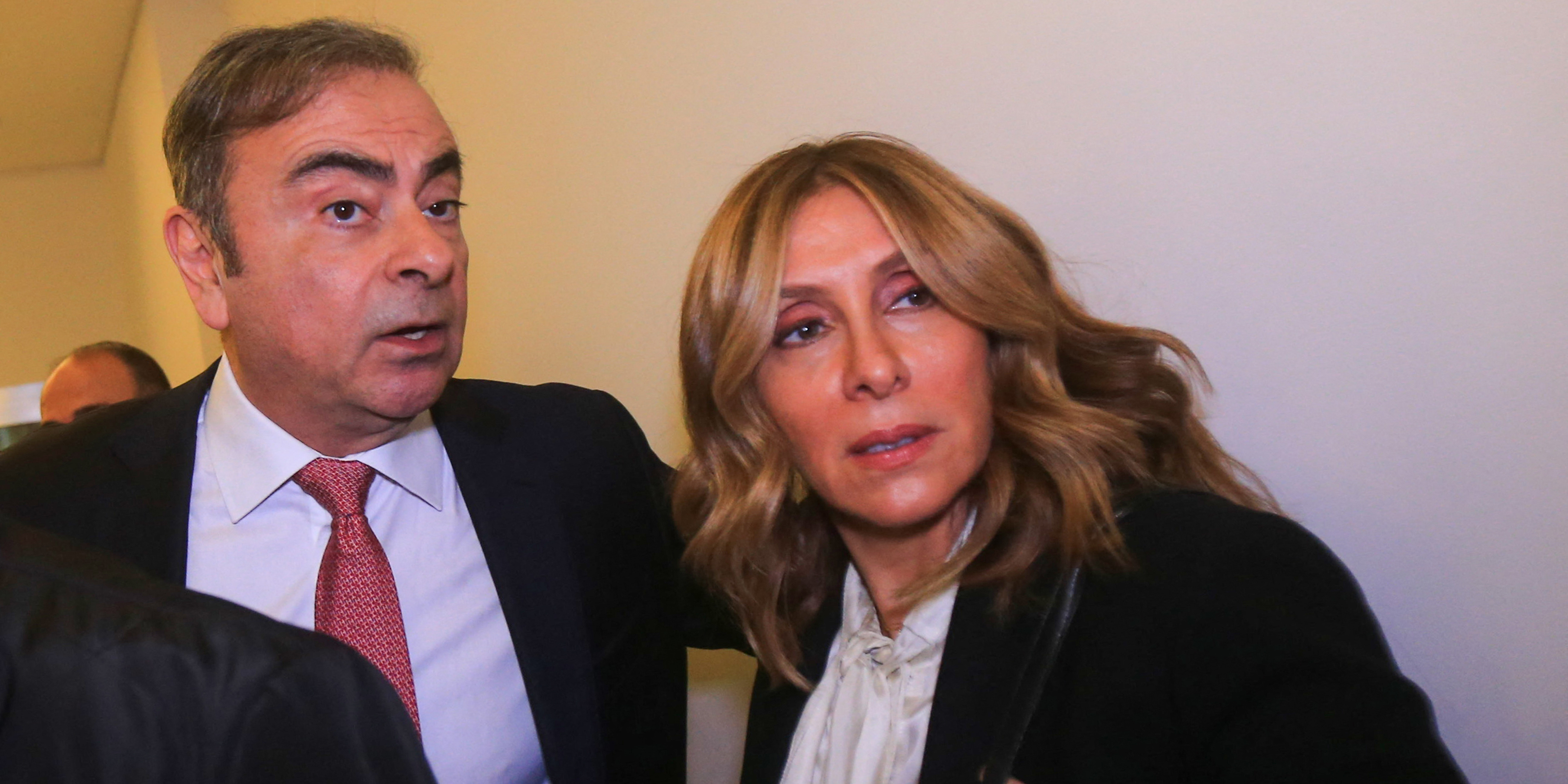 Carlos and Carole Ghosn publish a four-handed book that tells of the businessman's "descent into hell", from his arrest in November 2018 in Tokyo to his incredible flight to Beirut a year later.

"Like a resilience after the ordeal", they explain Sunday on Europe 1.

The book begins when everything changed.

November 19, 2018: Carlos Ghosn, businessman at the head of the Renault-Nissan automotive empire, is arrested in Tokyo as he exits his private jet.

Charged with abuse of corporate assets and then breach of trust, he was imprisoned in the Japanese capital.

Under house arrest, he illegally reached Lebanon in December 2019. Carlos and Carole Ghosn today recount this "descent into hell" in a book written by four hands,

(editions of the Observatory), which they present on Sunday at the microphone of Europe 1.

"It was an editor who asked us. Carlos was against it, me too at the beginning. Then I said to myself that it was a good idea to share our story, like a resilience after the test", relates Carole Ghosn.

Her husband finally agrees to tell about his experience and his situation, which he describes on Sunday as "unfair".

"This arrest was a terrible shock. I wanted to talk about it in a realistic way," he says.

"Japanese justice is based on a hostage system"

The book mirrors their two perspectives, since from arrest to flight, the Ghosn spouses lived apart.

Japanese justice had forbidden them to see each other and communicate.

"It was a leverage. They realized that by trying to weaken our relationship, they might have a better chance of getting a confession. I told them it was out of the question. and they therefore attacked my family, especially my wife, "accuses the businessman.

Carole and Carlos Ghosn do not have enough harsh words to describe the Japanese legal system.

"It is a hostage system. This term is not mine, it is from the United Nations. The hostage system, therefore, aims to obtain a confession. In almost all cases, it works. , and it is therefore the prosecutor who wins. I had the chance to manage to get out of this straitjacket, "explains Carlos Ghosn, who adds:" This is not the case for thousands of foreigners who are still suffering this brutal system. "

Under an arrest warrant from Interpol

Holder of three nationalities (French, Lebanese and Brazilian), Carlos Ghosn is the subject of a request for arrest by Interpol.

For the moment it remains out of the reach of Japanese judges, because Lebanon does not extradite its nationals.

Lebanese justice, however, prohibited him from leaving the country.

In addition to the main trial in Japan, he is also involved in several legal inquiries in France, relating in particular to suspicions of misuse of corporate assets at Renault and the Dutch subsidiary of Renault-Nissan, RNBV.

Lawsuits that do not prevent Carole Ghosn from betting on the future.

"I hope [my husband] can restore his reputation. And over time the truth will come out."