China News Service, Toronto, February 26 (Reporter Yu Ruidong) The Canadian Federal Government announced on February 26 that it has approved the new crown vaccine developed by the British pharmaceutical company Astra Zeneca and the University of Oxford, and the Serum Institute of India AstraZeneca vaccine produced.   This is the third new coronavirus vaccine approved for use in Canada after the 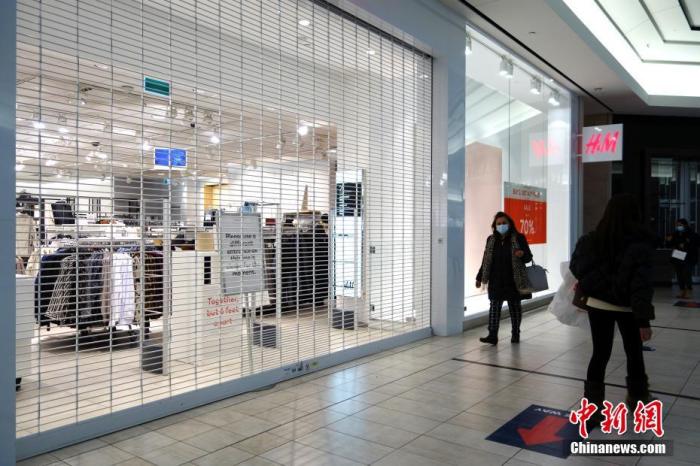 China News Service, Toronto, February 26 (Reporter Yu Ruidong) The Canadian Federal Government announced on February 26 that it has approved the new crown vaccine developed by the British pharmaceutical company Astra Zeneca and the University of Oxford, and the Serum Institute of India AstraZeneca vaccine produced.

The Canadian Ministry of Health has approved the AstraZeneca vaccine for people over 18 years of age.

On February 22, local time, in Markham, Ontario, Canada, a clothing store reopened on the same day, but it did not open all entrances to restrict the flow of people.

With the second wave of the epidemic beginning in the fall of 2020 now showing clear signs of control, many places in Canada are trying to relax restrictions.

Unlike the previous two vaccines, which are both mRNA (messenger ribonucleic acid) vaccines, the AstraZeneca vaccine is an adenovirus vector vaccine and requires two injections.

It can be stored at a refrigeration temperature of 2 to 8 degrees Celsius for at least half a year, making it easier to store and transport.

Plus official data shows that the vaccine is about 62% effective.

Canadian Prime Minister Trudeau told the media in Ottawa that Canada has ordered 2 million doses of the Indian version of AstraZeneca vaccine and will receive the first batch of 1 million doses within a few weeks.

In addition, Canada has ordered 20 million doses of the new crown vaccine from AstraZeneca earlier.

Trudeau said that by the end of March, Canada is expected to receive more than 6.5 million doses of three approved vaccines.

The Canadian government has so far pre-purchased more than 400 million doses of the new crown vaccine from many pharmaceutical companies around the world.

At present, the two vaccines of Johnson & Johnson and Novavax are still waiting for official approval.

Canada has completed more than 1.77 million doses of vaccination.

Trudeau also revealed that, in cooperation with the Canadian government, a research and development institution in Quebec has successfully developed a biodegradable non-medical mask using wood fiber, which is a global leader.

Researchers are developing medical-grade masks that are completely biodegradable.

On February 22, local time, a woman walked into an officially designated isolation hotel near Toronto Pearson International Airport in Canada.

The number of new cases in Canada has dropped significantly since the beginning of January, but there has been a slight rebound in recent epidemics in some areas.

In Ontario, where the cumulative number of cases is the highest, the number of daily cases has risen for 6 consecutive days.

The province has announced an "emergency brake" in some areas and re-implement the "cities closure".

Nova Scotia is also tightening prevention and control measures in places such as Halifax, including restricting the business hours of the catering industry, suspending sports events and theatrical performances, and restricting the number of people gathered indoors and outdoors.