"Has nothing to do with level": Hütter criticizes Werder

In this heated atmosphere even the end of a proud series of successes went under. Bremer and Frankfurter clashed after the first Eintracht defeat this year. 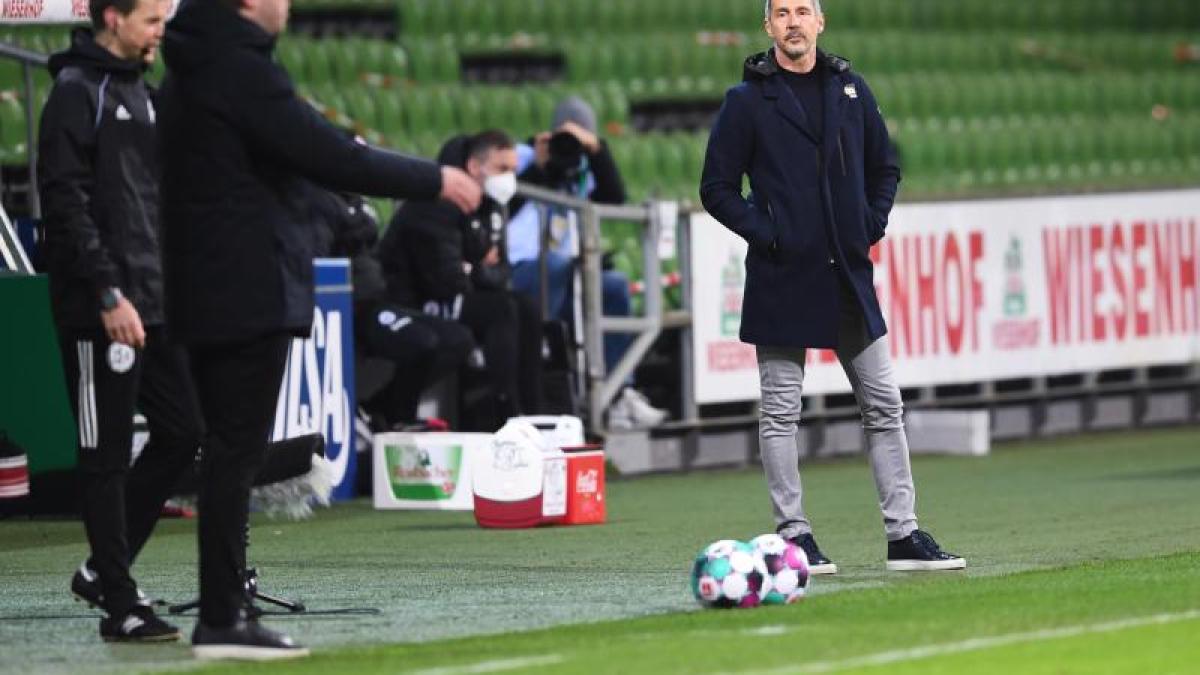 Bremen (dpa) - Adi Hütter is actually one of the calmest coaches in the Bundesliga.

Careful in handling, objective in addressing.

But during and after the 1: 2 (1: 0) defeat at Werder Bremen, the head coach of Eintracht Frankfurt “broke the collar”, as he himself called it.

Hütter clashed with his colleague Florian Kohfeldt, he even denounced the behavior of the people of Bremen rather bluntly.

That has nothing to do with a level, »said the Austrian.

"That we lost here hurts me particularly."

His mood also, but not only, had something to do with the end of the proud Frankfurt streak of eleven games without defeat.

That is "a setback" in the fight for the Champions League places.

"You have to be so clear about that," said Hütter - but that was not the only point he was concerned with.

Rather, the 51-year-old raised the same allegations that his compatriot Oliver Glasner from VfL Wolfsburg had strikingly addressed last season: that in the Weser Stadium not on the substitute bench, but on the seats behind where the Bremen team managers and supervisors sit that a rather rude tone prevails and the referees and opponents are constantly influenced.

"I let myself be infected by that," said Hütter.

And that then drew wider circles.

The Frankfurt coach saw the yellow card during the game.

After the final whistle, Eintracht defender Martin Hinteregger and Werder striker Niclas Füllkrug were almost palpable in the midst of heated discussions.

But we all have to be able to play a soccer game and then shake hands, ”said the Bremen coach.

«There are just one or two statements.

But you also have to be able to lose with decency. "

Because there would have been insults from the Frankfurter Bank.

"Everyone has to ask themselves what choice of words they have found today."

One problem with this heated game was that the referee Robert Hartmann from Wangen was increasingly losing control.

Even the opening goal in Frankfurt by André Silva (9th minute) shouldn't have counted because the Portuguese's 19th goal of the season was preceded by an unjustified corner kick.

Theodor Gebre Selassie (47th) was equalized only after the video assistant intervened, and Joshua Sargent (62nd) checked the suspiciously offside 2-1.

In the end, the referee hardly had any authority over the events, everything was discussed and commented on.

"We gave up a game that we actually had in hand," complained Hütter.

"Werder was disgusting, they were uncomfortable - and we fell into their trap."

His team had scored 28 out of 30 possible points in the previous eleven Bundesliga games.

Eintracht achieved five wins in a row before this 1: 2.

What happened on Friday evening in Bremen is the test for every team that was washed to the top of the league like on a wave: How do you react when the resistance increases?

What if something doesn't go as expected?

Even Kohfeldt speculated that the early 1: 0 hurt the Frankfurt rather than good, because this goal gave them a deceptive feeling of security.

And her own trainer Adi Hütter said unequivocally: “If you think you can walk through the Bundesliga, it will be difficult.

Now it becomes clear what character the team has.

I hope that we will show a reaction to this defeat. "

The next opponent is called VfB Stuttgart.