The increase in the minimum wage demanded by the Democrats seems off the table for now. That puts the president's party under pressure. Bernie Sanders goes on the offensive and takes the corporations ahead. 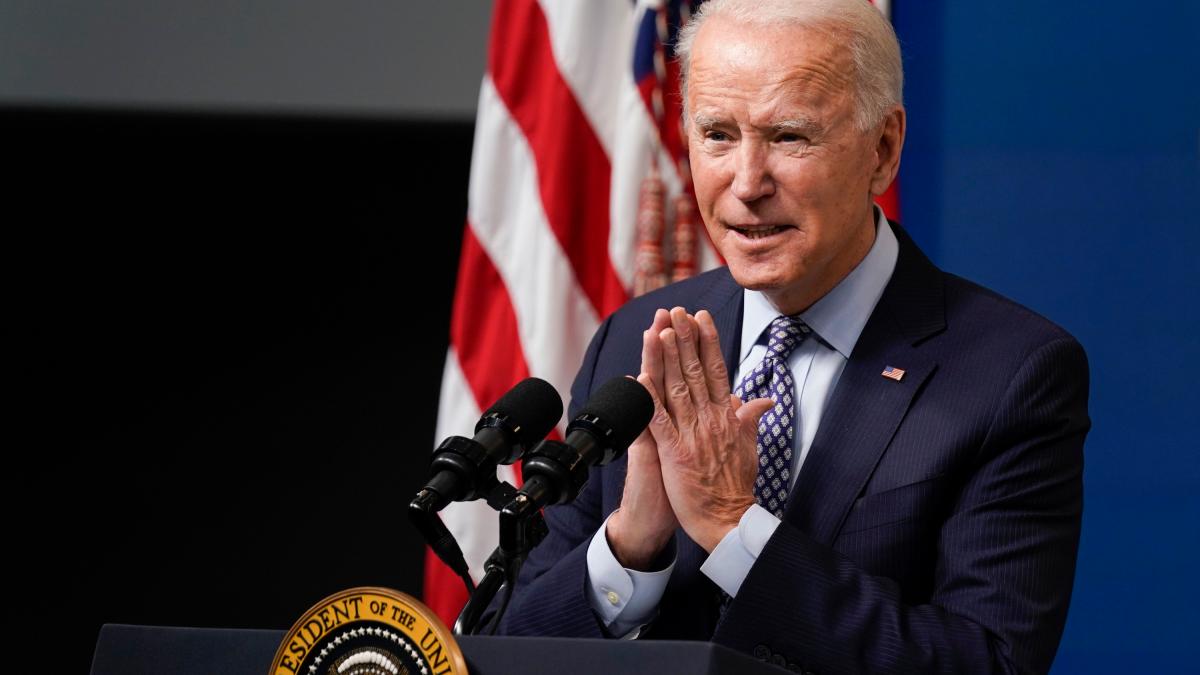 It was one of the campaign hits of the US Democrats in the presidential election campaign: “15 dollars” could be read in large letters on posters, stickers and banners.

What was meant was a new target for the nationwide minimum wage, an old demand of the left-wing Democrats.

Joe Biden also fought in the election campaign after years of restraint for those 15 dollars (about 12 euros) an hour.

But now it looks like Biden could bury that key promise from his campaign.

A month after taking office, the president faces the first serious political setback.

How could this happen?

Biden had "hidden" the higher minimum wage in the 1.9 trillion stimulus package.

Ordinarily, laws in the Senate require a super majority of 60 votes.

The Democrats, however, have only 50 senators in the second chamber of Congress - and the Republicans are bitterly opposed to a higher minimum wage.

Budget-relevant laws only need a simple majority in the Senate.

With the vote of Vice President Kamala Harris, who decides in the event of a tie, a higher minimum wage, "hidden" in the stimulus package, could have been passed.

Biden thwarted the plans by Elizabeth MacDonough, a woman largely unknown to the American public.

MacDonough is a Senate Parlamentarian, a sort of arbitrator on procedural matters.

That non-partisan Senate Parlamentarian decided on Thursday evening that the minimum wage had no place in the Corona aid package.

What Biden had reportedly expected is putting the Democratic Party under considerable pressure.

Your left wing is getting the feeling that Biden is not “delivering” enough.

He has not brought a prominent left-wing figure into his cabinet, instead only centrists and moderates, old acquaintances from Barack Obama's presidency.

The doubling of the minimum wage, for which left-wing Democrats and groups have been fighting for years, would have become a trophy for all those Democrats who quarrel with Biden - or, worse, suspect him of merely administering the status quo as president.

The alarm bells are ringing loudly among the Democrats.

Just minutes after the decision, the White House sent out a statement.

President Biden was "disappointed" with the decision.

The Democrats in the House of Representatives believed the increase in the minimum wage was necessary, Pelosi said.

The passage should therefore remain in the draft law.

But for how long?

Immediately after the decision, left-wing Democrats expressed their displeasure.

Senator Elizabeth Warren demanded, for example, that the requirement for a super majority of 60 votes in the Senate should be dropped.

It was "long time" to abolish the so-called filibuster, wrote Warren on Twitter.

With their wafer-thin majority, the Democrats would have to withdraw the veto power against popular politics from the Republican minority leader Mitch McConnell.

Warren is fueling a sensitive debate that could become yet another dead man for the Democrats.

It wasn't until the other day, when this issue had arisen, that Warren's group colleague Joe Manchin said he was against abolishing the need for a super majority.

"I can assure you that I will not be voting to end the filibuster, because that would break the Senate," said Manchin of the conservative state of West Virginia in January.

Left Senator Bernie Sanders tweeted on Thursday evening that he “does not at all agree” with the Senate MP's decision: “But the fight to raise the minimum wage to $ 15 an hour continues.” Sanders, chairman of the Senate Budget Committee, had in the past few weeks repeatedly argued why the minimum wage as part of the aid package was in line with the law.

On Thursday evening, Sanders immediately went on the offensive.

Sanders announced a bill that would make corporations lose tax write-offs unless they pay their employees at least $ 15 an hour.

The Democrats are facing, it seems, controversial internal debates.

It is already apparent how their narrow majorities in both chambers of Congress make governing Biden difficult.

It is quite possible that the president will soon suffer another setback. So far, there is no Senate majority in sight for Neera Tanden, who was proposed by Biden as budget director. Here, too, it is Senator Manchin who makes life difficult for the president. He refuses to agree to Tanden. Ministers and top officials require a second Chamber seat. Tanden could now be Biden's first recruitment proposal that he has to collect again. The new majority leader of the Democrats in the Senate, Chuck Schumer, is challenged on all fronts.