Dubai Police found a 15-year-old Indian teen, Harini Karani, who suddenly disappeared the day before yesterday, and her family caused a sensation, and her parents appealed to all members of the Indian community and friends to help search for their absent daughter, despite the fact that The girl was not lost 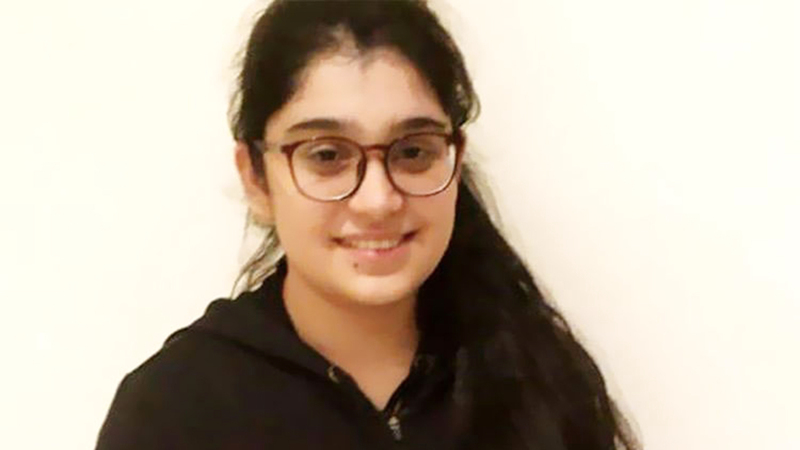 "Harini" returned safely to her family.

Dubai Police found a 15-year-old Indian teen, Harini Karani, who suddenly disappeared the day before yesterday, and her family caused a sensation, and her parents appealed to all members of the Indian community and friends to help in searching for their absent daughter The girl was absent only a few hours.

A security source in Dubai police revealed to "Emirates Today" that the girl was hiding on the roof of her family's house, after a state of sadness that controlled her, because her parents withdrew her phone as a punishment, as a result of her obtaining low school grades, which raised her father's fear of committing Acting reckless or harming herself.

The source confirmed that the family hastened to raise the incident through social media sites, before giving the police the opportunity to take the necessary measures, especially since the girl is not young and can discern, go out and return on her own, and in light of the professionalism and ability of Dubai Police to solve any ambiguity. A crime, no matter how complex it is, so the notification of absence is a simple matter, pointing out that it took only a short time to find the girl, and Amna was safely returned to her parents.

While the girl's aunt stated that she was brought home at 11:30 pm on Thursday, noting the efforts of the Dubai Police to find her, pointing out that the family was concerned about the safety of the girl, given that she violated her daily schedule, and went out for a morning walk at 6 pm, as she used to daily But she did not return, which prompted the family to appeal to neighbors and people in the area that extends from Al Manara Street to Al Thanya Street, and that extends from Al Wasl Street to the beach, to help find her.