In the preliminary round, Hoffenheim and Leverkusen had stoked title hopes with ten wins and a total of 38 goals in the Europa League. But the end came in the first knockout round. 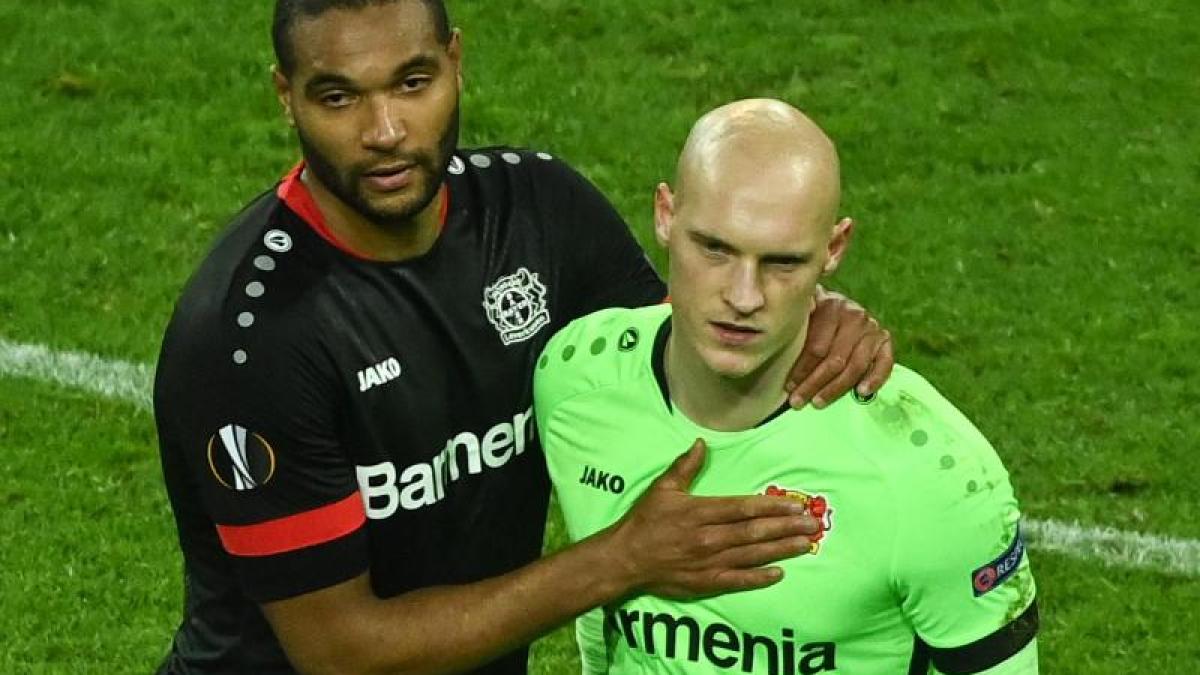 Leverkusen / Hoffenheim (dpa) - Everything should finally get better - instead it got worse.

Bayer Leverkusen and 1899 Hoffenheim had already dreamed of one or the other title dream in the Europa League.

But after the 0-2 home embarrassments against Young Boys Bern and Molde FK, both were no longer in the pot when the round of 16 was drawn.

VfL Wolfsburg didn't really play along after the play-off against AEK Athens.

The dejection was still great the next morning.

“Of course we have to speak of a messed up season,” admitted Hoffenheim's coach Sebastian Hoeneß.

"It is clear that we are in a difficult phase," said his Leverkusen colleague Peter Bosz: "And that is still understatement."

The "wound in Bern" has already been mentioned on Twitter.

The collective failure does not seriously endanger the important fourth place in the UEFA five-year ranking.

But the performance is detrimental to the reputation of the Bundesliga.

In terms of the Europa League, it almost looks as if the Bundesliga is too fine for the small European Cup.

In the end, the second row is just too weak.

One does not register a positive development of other associations in the national teams, said Joti Chatzialexiou, sporting director of national teams at the German Football Association (DFB), the «Sportschau»: «Nevertheless it is disappointing if no German team qualifies for the second round.

That should be our claim. "

Not having a team in the top 16 has only happened to the Bundesliga in 2014.

Nevertheless, the balance sheet is sobering.

In the twelve years since its introduction, Germany has not yet had a title holder, a finalist and only two semi-final participants: Hamburger SV 2010 and Eintracht Frankfurt 2019. In this way, one could say that the trio from Wolfsburg, Hoffenheim, often mocked as plastic clubs and Leverkusen has preserved the German tradition in this competition.

While the Wolfsburg got the curve well and could even start in the Champions League next year, the failure could have far-reaching effects for Leverkusen and Hoffenheim.

First of all, the coaches Bosz and Hoeneß are under a lot of pressure.

Bosz can save his job by catching up in the Champions League, but probably the only way.

Hoeneß will probably not be there internationally next year with Hoffenheim.

Therefore, TSG could even threaten a change.

Players like striker Andrej Kramaric are difficult to keep without participating in the European Cup.

Hoeneß did not want to announce any more season goals the day after.

That doesn't make sense, he said.

Dealing with disappointment is «challenge enough» and «a question of character».

His personal situation is currently not relevant.

In Leverkusen, meanwhile, in addition to the coaching discussion after two mistakes by Niklas Lomb in two games, they also have a goalkeeper and a mentality discussion.

According to his own information, Bosz is not worried about his future.

“There's no point in worrying,” he said: “My job is to help the team and to support them so that they can turn it around.

That is a huge challenge. "

The Dutchman absolutely believes in qualifying for the Champions League despite currently being five points behind.

Information about the Europa League