Oliver Solberg before the debut: "Is a little nervous"

On Friday afternoon, Oliver Solberg, 19, makes a long-awaited debut in the rally WC's worst class, WRC. The road to the start has been lined with quick jerks and reversals, such as that he was forced to change map readers at the last minute. - It is clear that I am a little nervous, he says. 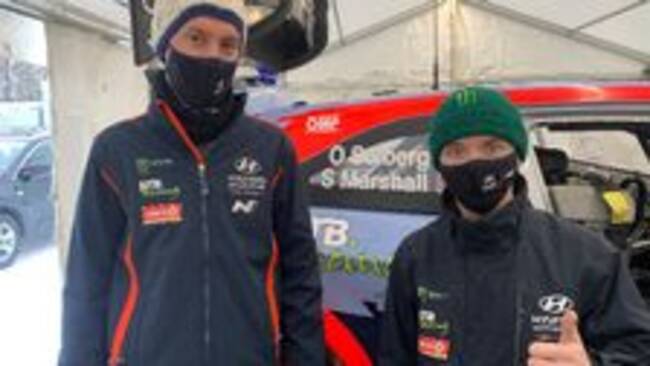 After the effort in the Monte Carlo rally, it became clear that Oliver Solberg would make his debut in a WRC for Hyundai Motorsport in connection with Arctic Rally Finland, the WC competition that replaces the Swedish rally.

On Friday it's time.

In the morning, Oliver Solberg gets in the car in a competition context for the first time when the shakedown, the full-speed training, is to be carried out.

In the afternoon, the first two distances of the rally await.

- There are a lot of thoughts now.

It is clear that it is a little nervous, he says.

On Tuesday, the news came that his regular map reader Aaron Johnston can not participate in the competition after leaving a positive test for covid-19.

Instead, Sebastian Marshall, who previously read notes for former WRC drivers Kris Meeke and Hayden Paddon, has been called in.

In the clip, Oliver Solberg talks about what the change of map reader means, what pressure he puts on himself and the preparations for the debut.