After SVT's investigation: Now Sofie gets a lawyer

Tomorrow, Friday, the inquiry into a bill to further strengthen the position of placed and compulsorily cared for children will take place. One of the children who only after SVT's review got the right to his own lawyer is the forcibly moved 13-year-old that we call Sofie. 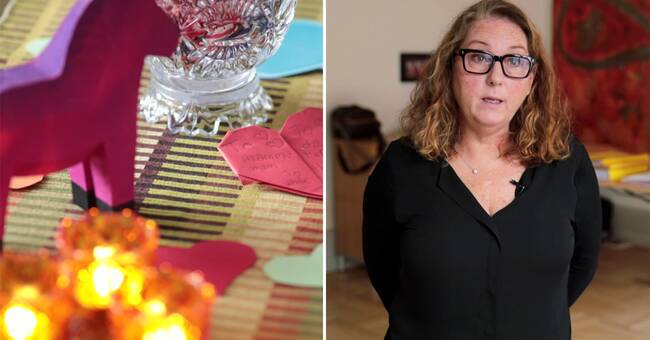 Children who have been placed in family homes for a long time today have no right to their foster parents, even if they see them as their mother and father.

It is the biological parents who have the right to stay in touch, and to be repeatedly tried to get their children home if they are considered to have become good enough parents.

This also applies if the parents, for example, refuse to agree to drug testing, as in the case of the killed girl Esmeralda.

That may change in a new law "Lex little heart", whose investigation will be completed on Friday.

But already on Monday, another change in the law begins to apply, which states that children have the right to a public assistant with the right education or experience to represent a child.

- It is unfortunately seen as an assignment that is easy, for the youngest and newest lawyers.

I think it is the most difficult, to decide what is best for the child, says UllaBella af Klercker, lawyer and expert on children's rights.

She has taken on the case that SVT investigated with the forcibly taken care of 13-year-old Sofie who, after living all her life in a family home, was suddenly moved to an HVB home by Borlänge municipality.

And she believes that the law needs to be further strengthened.

- We tried to lift the girl has the right to a public counsel with the help of the Convention on the Rights of the Child but got no.

I do not think the law works properly.

They choose not to report the need for an assistant precisely so that she does not have someone who fights for her, and it would not have worked if it had been an adult.

Now she has a lawyer

Instead, it was criticism from Ivo, the Swedish Health and Care Inspectorate, which came in February that led to Sofie getting a lawyer.

UllaBella af Klercker has now begun the process of appealing the placement to the 13-year-old.

"I am very happy" Sofie writes to SVT.

"She has arranged for me to meet my grandmother, and my sister as well."

Sofie still lives at the HVB home but now has to have telephone contact with her family once a week.

She has not been allowed to see her foster parents for a year.

Borlänge municipality does not currently want to comment on the case.