Norwegian police seized a record-breaking batch of Kath when a suspected truck stopped in Svinesund. - It is the largest seizure made in Norway, says Wenche Fredriksen who is section manager for border control at Svinesund. 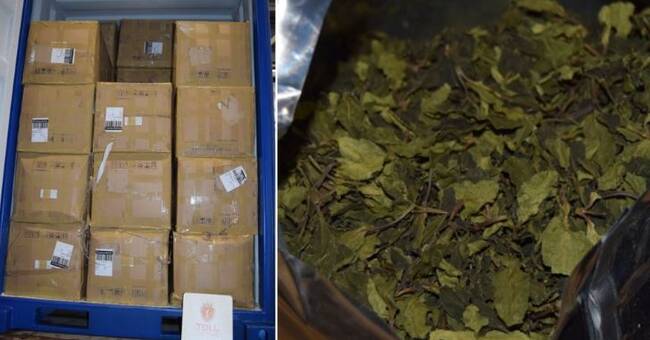 When the Norwegian police were to carry out a random check of a truck containing tea, it resulted in a record-breaking seizure of the drug khat.

It was on January 17 that a Slovenian-registered truck selected for inspection was stopped by the Norwegian customs at the border in Svinesund.

However, during the inspection, a suspicion arose that the cargo consisting of tea and plastic products was not completely declared.

- We scanned the entire truck in an X-ray and could then see that the load looked suspicious, says Wenche Fredriksen, section manager for border control at Svinesund.

Had no tea in the cargo

The truck was opened up and there was really no tea inside, but on the other hand, as much as 640 kilos of the central stimulant drug Khat was discovered in dried format, something that P4 Väst has also reported on.

- It is the largest seizure ever made of dried Khat in Norway, says Wenche Fredriksen.

The driver, who is a man in his 40s, was alone in the truck and has now been arrested by Norwegian police on suspicion of drug smuggling.

The drugs are destroyed by incineration.