Ecuador: at least 75 dead in simultaneous mutinies in three prisons

At least 75 inmates have died and around 20 injured in several simultaneous mutinies in overcrowded prisons in Guayaquil, Cuenca and Latacunga in Ecuador. Clashes between prisons ... 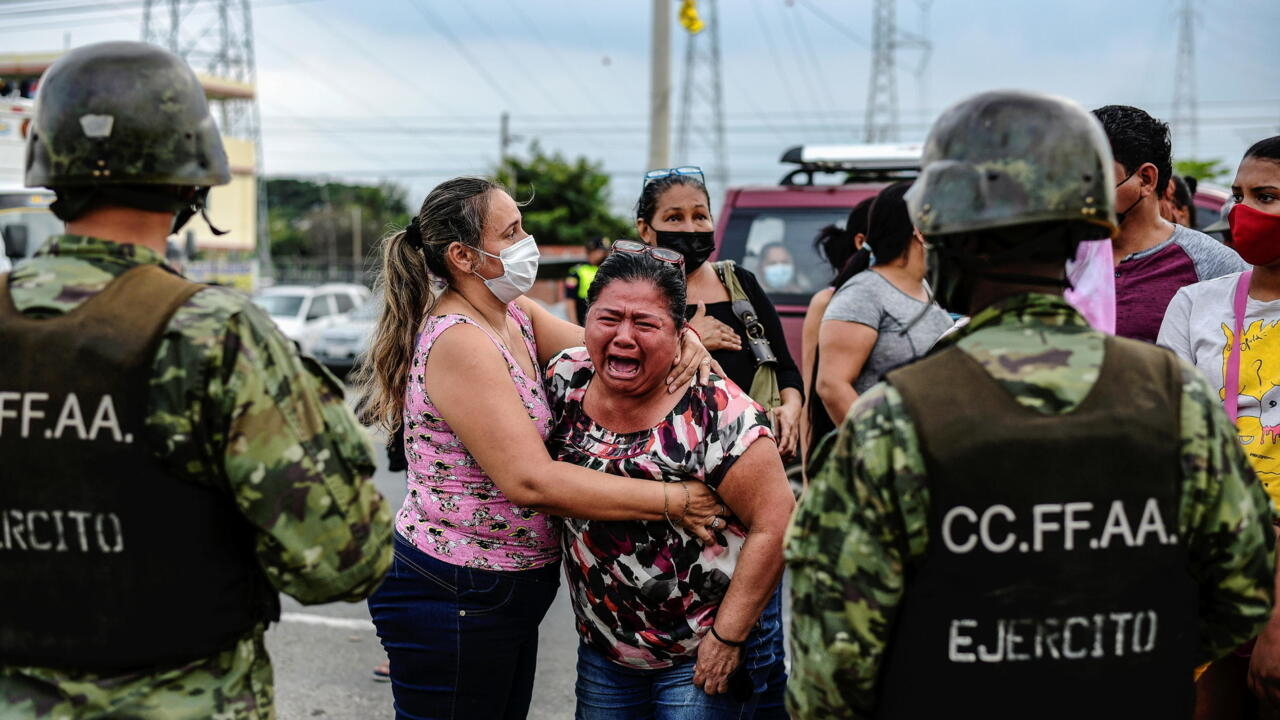 Ecuador: at least 75 dead in simultaneous mutinies in three prisons

On the outskirts of Guayaquil prison, around forty desperate women try to get news of their close detainees, February 23, 2021. REUTERS - VICENTE GAIBOR DEL PINO

At least 75 inmates have died and around 20 injured in several simultaneous mutinies in overcrowded prisons in Guayaquil, Cuenca and Latacunga in Ecuador.

The clashes between prisoners belonging to different gangs were extremely violent.

Shot by mutineers, the images that have filtered through social networks are unbearable.

With iron bars, knives, machetes or simple sticks, prisoners attack the head of a man whom we no longer know if he is still alive.

Next to it, other corpses are piled up, many beheaded or amputated, while prisoners play with heads.

This violence, according to Interior Minister Patricio Pazmiño, is the result of "

" fighting for control of the prisons of Guayaquil, Turi, near Cuenca and that of Latacunga, in the south. from Quito.

In Guayaquil prison number 4, for example, it would be an internal struggle between members of the “Choneros” gang that caused the death of more than 30 inmates.

At least eight people have been killed in Latacunga prison, south of Quito, where several people are held linked to serious corruption scandals in hospitals across the country at the start of the Covid-19 pandemic.

Police tactical groups have been deployed inside the prisons to try to regain control while the military keeps outside to prevent escapes.

By nightfall, the police and guards had managed to restore order, a source from the prison service (SNAI) told AFP.

To read also: Presidential in Ecuador: arrival in Quito of the march of the natives

In the spotlight: the mobilization of indigenous organizations in Ecuador

In the News: Bloody Weekend in Honduras Prisons