The Dubai Criminal Court has ruled that an Asian driver has been imprisoned for six months and deported, on charges of defaming a woman’s honor, after she was lured from an electronic marketing site. Lotto 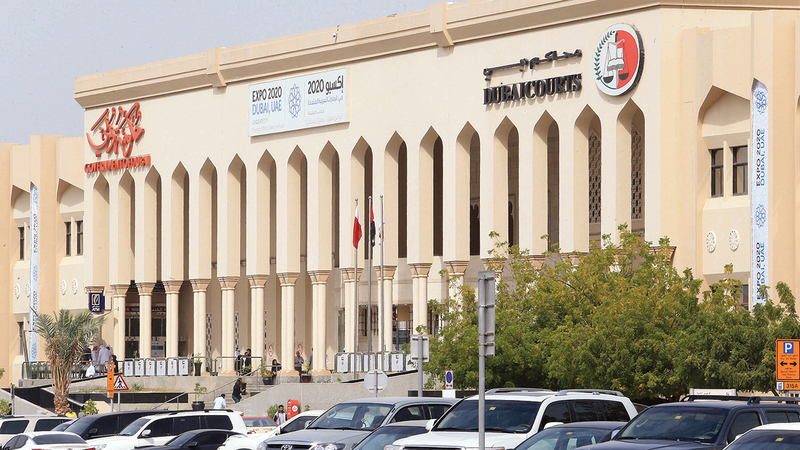 Dubai Criminal Court ruled that the driver was imprisoned for 6 months and deported after the execution of the punishment.

The Dubai Criminal Court has ruled that an Asian driver has been imprisoned for six months and deported, on charges of defaming a woman, after she was lured from an electronic marketing site, and according to the investigations of the Dubai Public Prosecution, the (Asian) victim published an advertisement on a website asking to work as a part-time maid, The 31-year-old accused contacted her husband by phone, deluding him to find a maid for his mother, and he succeeded in kidnapping the woman and violating her display in his car, despite her help from her husband, who pleaded with the accused to leave her.

The victim said in the prosecution's investigations that she was looking for work, placed an advertisement on a website, and inserted her husband's phone, pointing out that the accused sent a text message to her husband, offering him a job opportunity with his mother, then came to take her to his mother's house.

She added that she was surprised to hold her hand and asked him to stop, but he went too far and felt her body, so she tried to keep him away, but he continued his behavior, and asked her to remain calm, but she called her husband and asked for his help, and she gave the defendant the phone to speak with her husband, who asked him to stop harassing her and put her down on the road. But he switched off the phone and continued harassing the woman again, but she screamed and confirmed that she would report to the police. He was afraid, and put her on the street and fled after he had kidnapped her for about three hours.

The husband said that the accused contacted him expressing his desire to work for his wife for his mother, so he gave him the home address, believing that his mother would come to accompany the wife, and he informed his wife of the details of the agreement.

The husband added that he was at work when the accused came alone, and the wife went to him, then called her husband and told him that she was waiting for the accused’s mother outside, then called him back and told him that she rode with the accused in light of his mother’s inability to come, indicating that he was surprised by a third call from her She shouted, telling him that the accused had detained her in the car and harassed her, so he asked her to give the phone to the accused, and he talked to him, demanding that the victim be removed from the car immediately, but he hung up.

The husband continued that he called his wife again, who was crying severely and screaming, and she told him that the accused refused to take her down, and he closed the door lock, so he spoke with him again and begged him to leave her, so the accused closed the line again in his face, and his wife later dropped off in the Al Quoz area and fled.

In addition, a Dubai police witness said that a report was received about the incident to the General Department of Operations, so the police officers went to the location of the victim and told them what happened, so the vehicle’s specifications were determined, and it was found that it belonged to a company, and the identity of the driver was subsequently reached. He committed the incident and was arrested.

victim threatened the accused to inform the police, and he left her and fled.