The vaccination of Lebanese MPs against Corona raises controversy ... the World Bank threatens, Parliament clarifies, and the President defends

The deputies' receiving the Coronavirus vaccine at the Lebanese Parliament headquarters, on Tuesday, sparked a wave of widespread criticism of what some considered a violation of the vaccination plan approved in the country, and the World Bank also prompted a threat to suspend campaign financing. 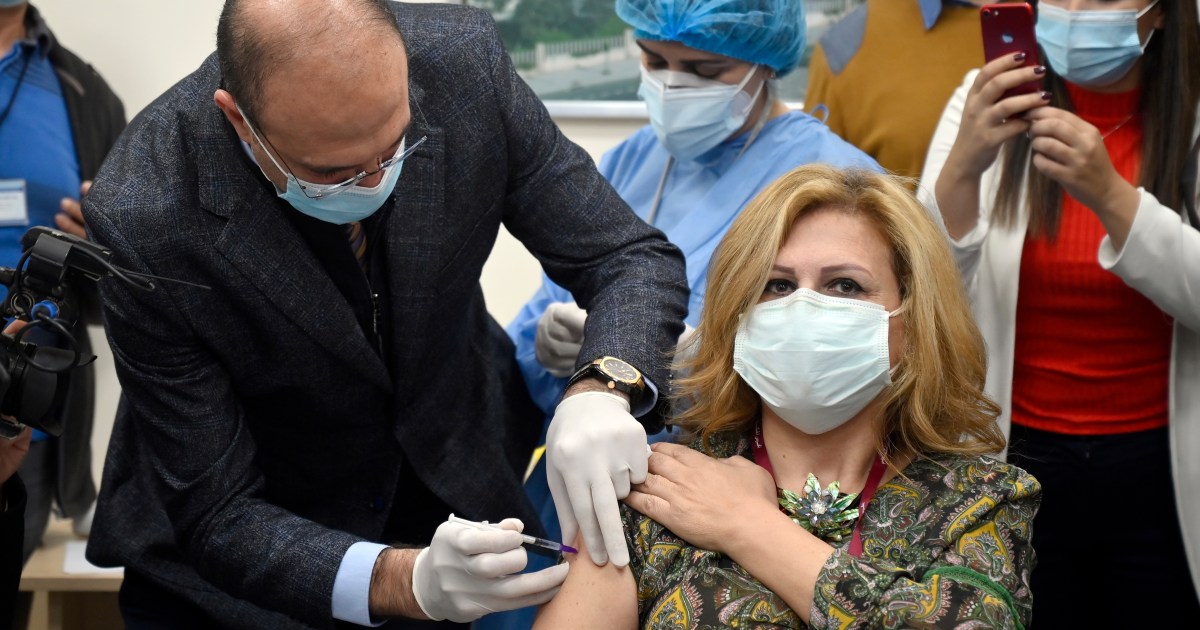 Deputies receiving the anti-Coronavirus vaccine at the Lebanese Parliament, Tuesday, sparked a wave of widespread criticism of what some considered a "violation" of the vaccination plan adopted in the country, and prompted the World Bank to threaten to suspend its funding for the campaign.

The Secretary-General of Parliament, Adnan Daher, confirmed, on Tuesday, that 16 MPs, in addition to 4 employees in Parliament, who are over the age of 75, received the vaccine inside the headquarters of the Council.

And in the middle of this month, he started the vaccination campaign, after he received the first batch of the "Pfizer-BioNTech" vaccine, which included about 28 thousand doses, under the support provided by the World Bank in the amount of 34 million dollars to help it obtain vaccines, on condition of fair distribution And fair, according to the schedule of priorities.

According to the government's plan, the first stage of vaccination is reserved for medical staff, and those over the age of 75.

The Ministry of Health established a platform to register those who wish to receive the vaccine themselves on it, provided that they are contacted successively to determine the date and place of vaccination, and the vaccine cannot be obtained without going through this mechanism.

The head of the National Committee for Coronavirus Vaccination in Lebanon, Abdel-Rahman Al-Bizri, said in a press conference, "What happened today is a breach that we cannot remain silent about, it is an attempt to distinguish a group of people ... and no one may override the plan no matter what."

Al-Bizri had informed the media of his intention to resign from his post in protest, before he backed down after consultations with his committee and the World Bank.

He described the inoculation of MPs as "a big and fatal mistake that should not be repeated."

Inoculating a number of deputies in the parliament without approval from the National Committee is a grave mistake that may cause:

- To stop supporting the World Bank

- Resignation of Dr. Abdel-Rahman El-Bizri from the committee. # Mazraa

Earlier today, the head of the Lebanese Doctors Syndicate, Sharaf Abu Sharaf, called for more transparency, and said that there are many violations without specifying a number.

He stated that people without priority or not registered have received vaccinations, while some medical workers and the elderly are still waiting.

The World Bank is threatening

The World Bank’s regional director, Saruj Kumar Jha, threatened to suspend financial support for the vaccination campaign if it was proven that the agreed plan was "in breach".

He wrote on Twitter that what happened "is not in line with the national plan agreed upon with the World Bank, and we will record it as a violation of the terms and conditions that were agreed upon with us for a fair and equitable vaccination."

"Upon confirmation of the violation, the World Bank may suspend funding for vaccines and support for the COVID-19 response plan throughout Lebanon," he added in another tweet, adding, "I appeal to everyone, and I mean everyone, regardless of your position, please register and wait for your turn."

Parliament responds and the president defends

On the other hand, the Parliament General Secretariat responded in a statement saying that "the number of MPs who received the vaccine are 16, and their names are on the official platform according to the age group, and it is their turn. This is what we did considering that the MPs are the most active."

I received the vaccine from within the specified age groups and according to the rules, a delegation registered since the first week on the Ministry of Health platform.

God takes the damage away from everyone pic.twitter.com/1l3OGY4T8J

A member of parliament said that current and retired lawmakers over the age of 75, as well as some administrative staff, are being vaccinated in Parliament Hall.

"What is all the fuss about? They are over 75 years old, and they are registered," he said.

While the account of Lebanese President Michel Aoun said on Twitter that President Aoun and the first Lebanese woman received the vaccine against "Corona", along with 10 members of the close and lieutenant team of the President, who registered their names according to the rules on the vaccination platform.

Media Office in the Presidency: President Aoun and the first Lebanese woman received the vaccine against "Corona", along with ten members of the close and lieutenant team of the President who registered their names according to the rules on the vaccination platform

Activists on social media launched a campaign rejecting information that a number of Lebanese parliamentarians had received vaccines against the Corona virus without waiting for their turn.

The hashtag "#NoWasta" (not to the wasta) issued a list of the most popular, and this is the phrase made by Farid Belhadj, Vice President of the World Bank for the Middle East and North Africa, on February 14, coinciding with the arrival of the first batch of vaccines to Lebanon, according to an agreement with the bank. International.

O shame of the shame, for this is a country and who are responsible ... Who do MPs over 75 mean, what are they more important than people?

Why the House of Representatives above nature?

Why does it have employees who are over 75 years old?

Who bears responsibility for what is in a vaccine?

Berri or MPs or Hamad Hassan?

O defect of the shum

A Twitter user wrote, "My mother is 84 years old, and registered (on the platform), but she has not been informed that it is her turn, while politicians, their families and friends will receive the vaccine before her."

The International Federation of Red Cross and Red Crescent Societies supervises the storage and distribution of vaccines, at a time when the entire political class in Lebanon is exposed to accusations of corruption and abuse of influence.

So far, 17,000 people have been vaccinated since the first batch of vaccines arrived.

Since the beginning of the year, Lebanon has recorded a record number of injuries and deaths from the Covid-19 epidemic, and the total number of cases has exceeded 355,000, including at least 4,340 deaths, since the epidemic began spreading in the country a year ago.

Since the middle of last month, Lebanon has been undergoing a strict closure, which this month has begun to gradually ease its restrictions. Business 2021-02-23T22:55:15.753Z
Lebanon: controversy after vaccination of deputies in Parliament in violation of procedure 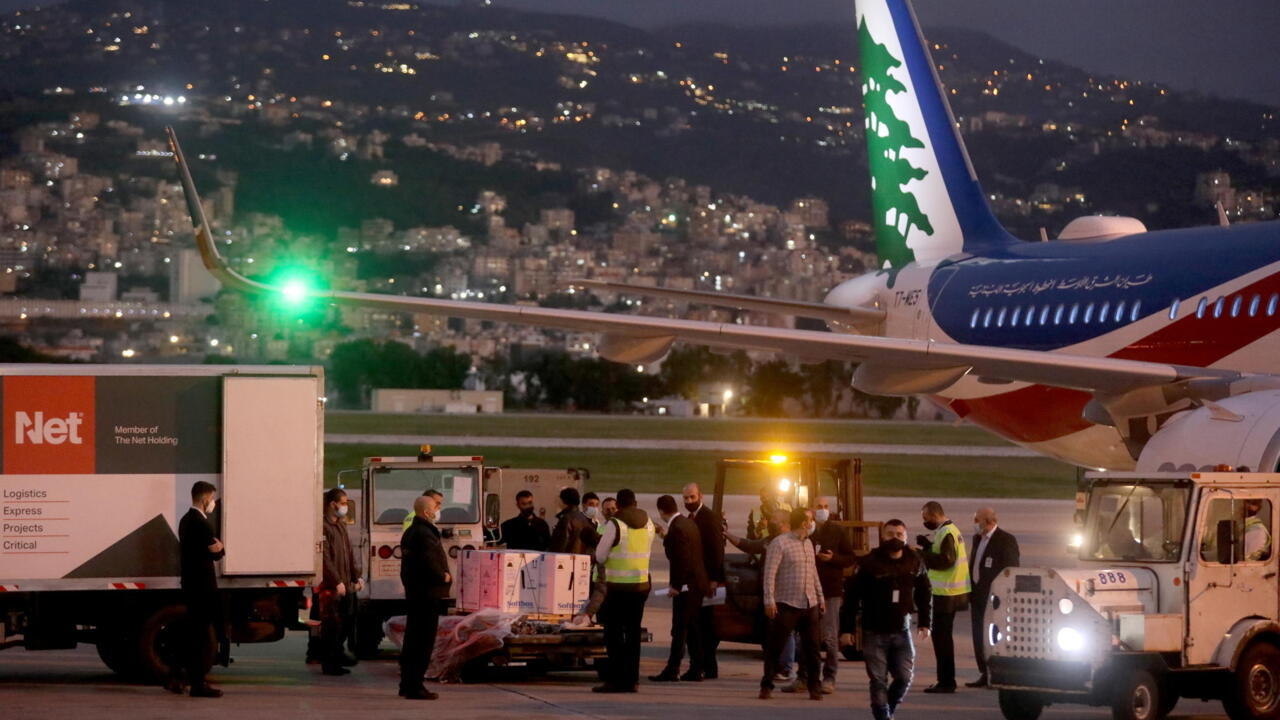 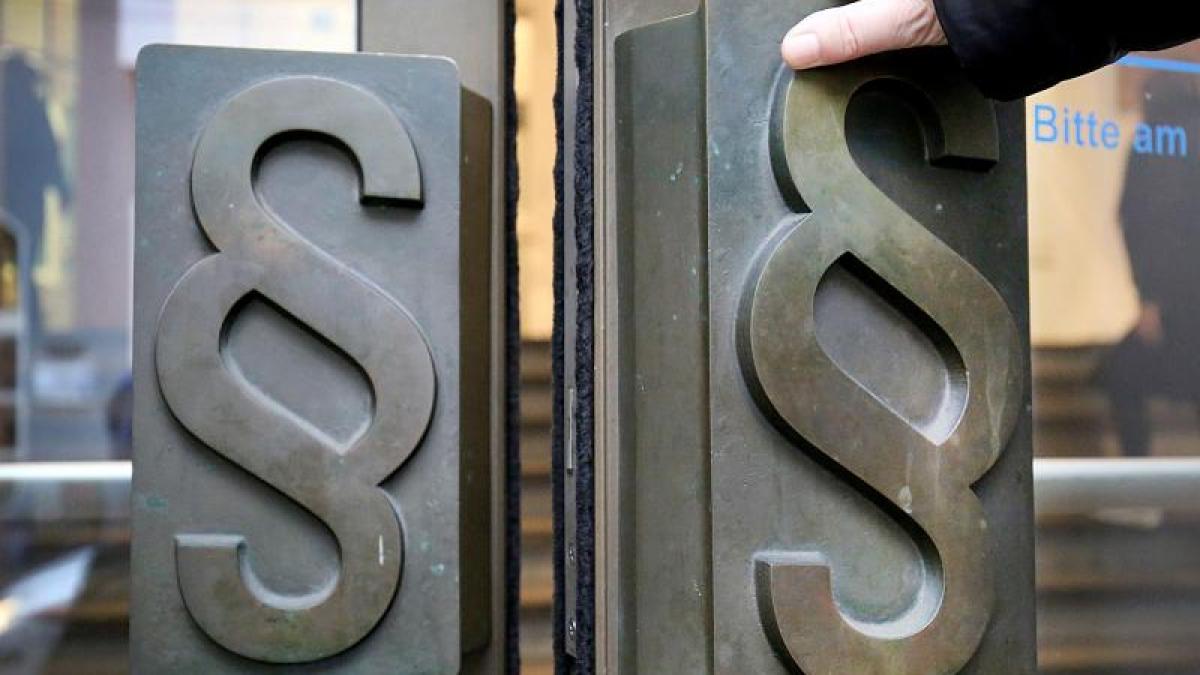 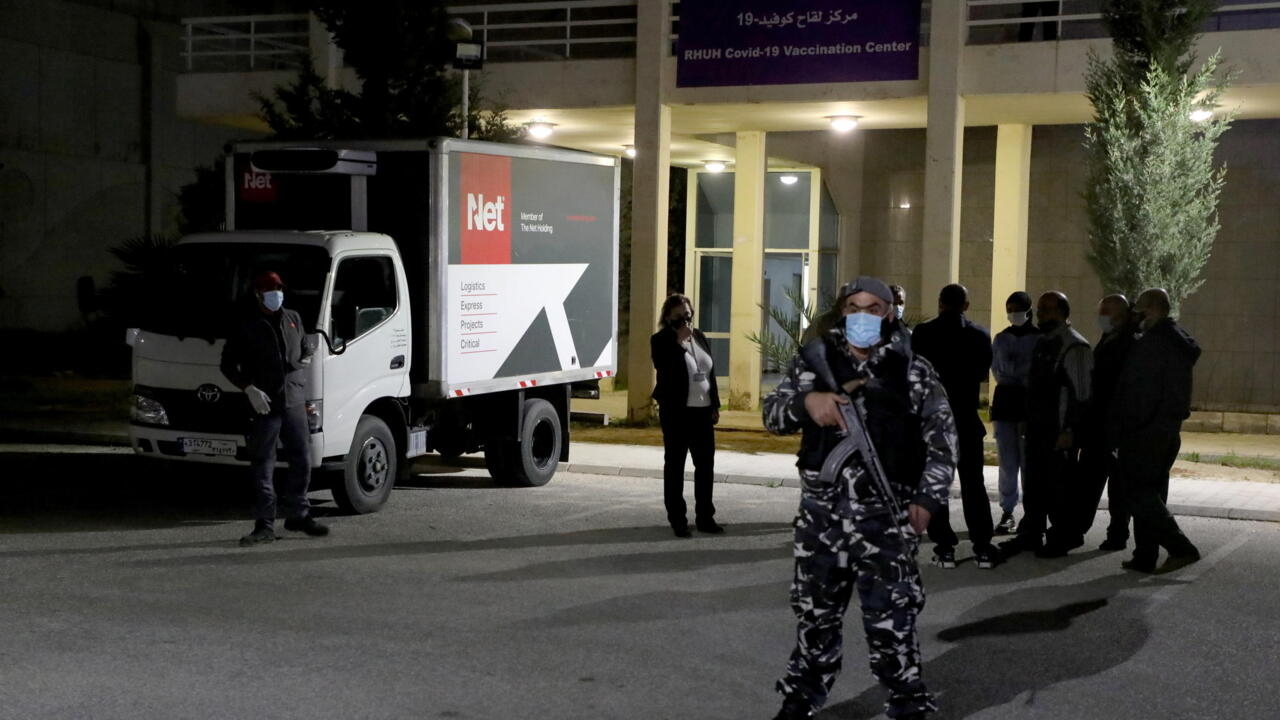 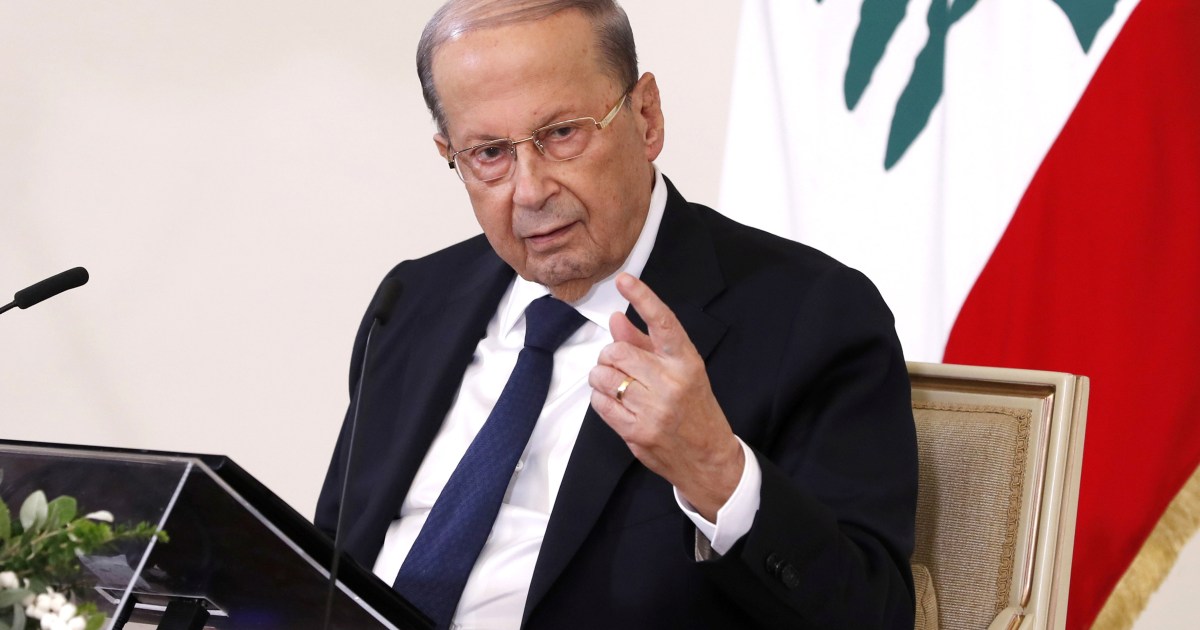 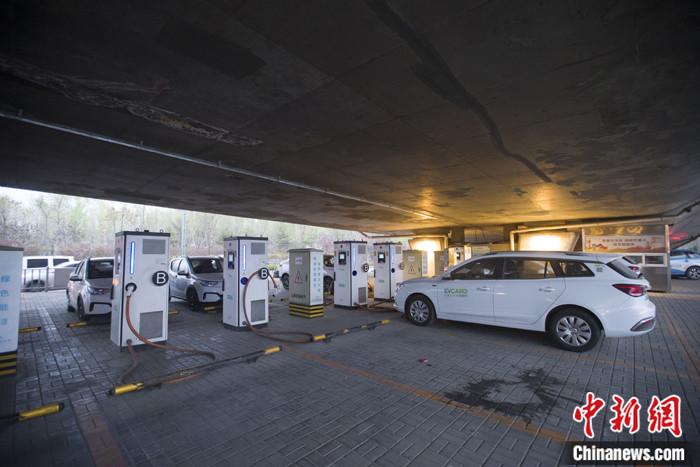 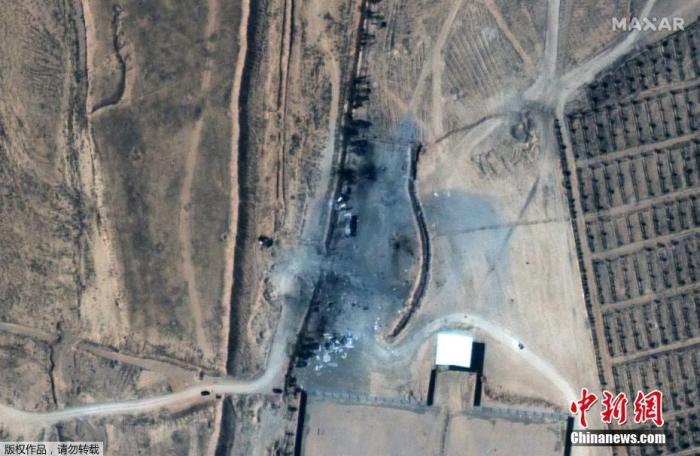 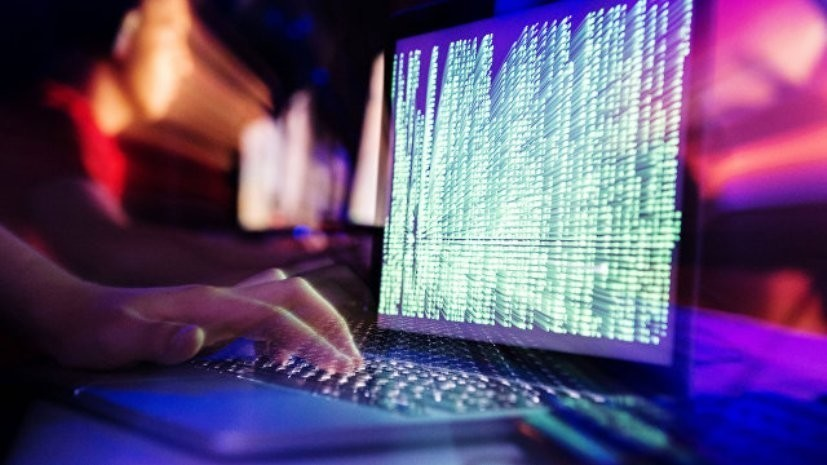