The police carefully examined the postal package brought to Pekka Kataja: fingerprints were found at the points where the tape was cut.

The man accused of attempted murder says he does not know how the package ended up in Pekka Kataja's apartment. 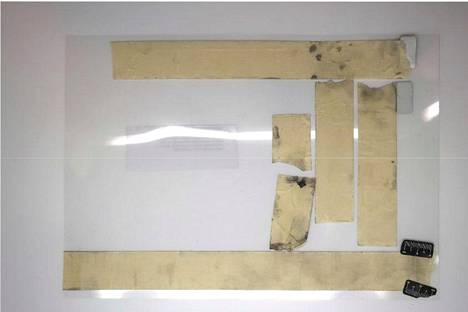 One of the most interesting pieces of evidence from the district councils dealing with the assassination attempt of basic Finns, Pekka Kataja, is the Postipaketti.

It had been with the attackers as an excuse to get to Kataja's apartment.

The man who came to the door had said it was a broadcast from the Basic Finns' office.

The empty Postal Parcel was made as a mere prop.

The package was wrapped in Scotch masking tape and covered with paper covered with contact plastic with the FedEx Express logo.

The package also included a barcode FedEx shipping list with no sender or recipient entries.

From the cardboard surface of the package, under a contact plastic-covered address label, police record fingerprints that all belonged to a 41-year-old man now accused of attempted murder.

Fingerprints of the same man were also found on the adhesive surface of the cutting points of the masking tapes.

Fingerprints of local politician Teemu Torsson were also found in the package, but he had an alibi for the day the crime was committed.

No charges were brought against him.

Police also look for signs of the author of the postal package through home searches.

Indeed, a roll of similar Scotch masking tape was found in the home of the accused 41-year-old man, which was similar in external properties and chemical composition to the tape used in the fake package.

The tapes adhered to black in fingerprint studies.

The tape used in the package was 30 millimeters wide. Photo: Police

The police also found out from the tape importer 3M that the masking tape in question has only been on sale in Motonet stores since 2017.

According to the defense, the fingerprints are explained by the fact that the 41-year-old man had processed the postal parcel used in the act a long time ago, perhaps already two years earlier.

The man denies knowing anything about where the package has since traveled or how it has ended up in Kataja’s apartment.

- I have sent some packages through tori.fi:n, and related to the flea market sale packages.

I can’t say how my trail has ended up there, the man said during a police interrogation.