Shy little fish live longer. And they tend to pass their genes on to the next generation. One study suggests that fishing and angling could lead to smaller and smaller animals. 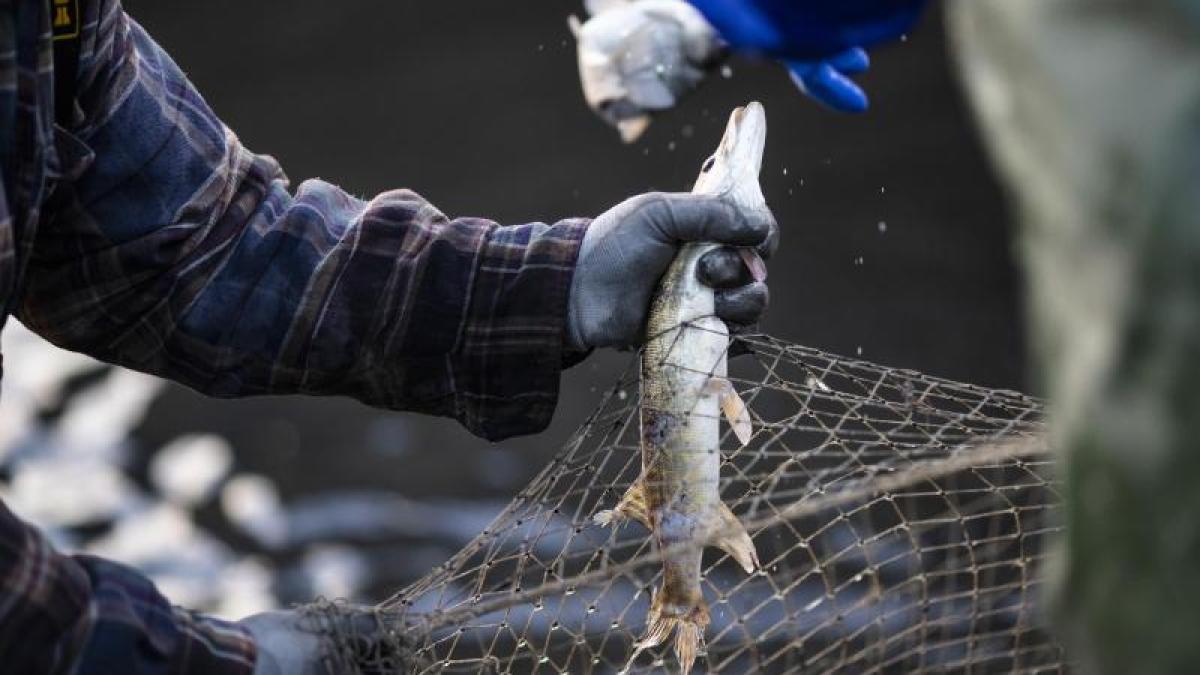 Berlin (dpa) - According to a study, fish are becoming smaller and more shy due to human influence.

"Above all, larger and more active fish are caught out of populations through fishing," said the Berlin fishery scientist Robert Arlinghaus on Tuesday the German Press Agency.

Thus fishing acts as a selection factor that benefits shy and small fish.

Using the example of around 800 pike, the researchers from the Berlin Leibniz Institute for Freshwater Ecology and Inland Fisheries (IGB) studied in a lake in Brandenburg for four years how fishing affects a population.

"Our work suggests that the competition between nature and anglers means that the smaller, inactive and harder-to-catch pike tend to survive," says Arlinghaus.

The behavior is called "shyness syndrome".

In the long term, it could lead to reduced catch rates and also have ecological effects that still have to be investigated, says project manager Arlinghaus.

Investigations in seas have also indicated similar influences from fishing, for example in spear fishing.

Mathematical models have shown that catch restrictions such as minimum dimensions do not stop the selective effect of the fishery, but at most reduce it, says Arlinghaus.

In order to better protect stocks, the researchers recommend setting a maximum for the size of the fish in addition to a minimum.

“Many angling associations and inland fishermen have already implemented this in order to better protect the stocks.

The city of Hamburg has even changed its fishing regulations accordingly, ”said Arlinghaus.

More drastic regulations such as rotating fishing areas and protected areas, in which the endangered behavior types can withdraw, could most effectively mitigate the evolutionary effects of fishing, according to Arlinghaus.

However, the research is still at the beginning, and the socio-economic consequences for fishermen and anglers would be more serious than with an adjustment of length-based catching regulations.