A 42-year-old man is suspected of having spread secret information about eleven defense installations on an internet forum. He is the fifth person so far in Sweden to be prosecuted for this type of crime. 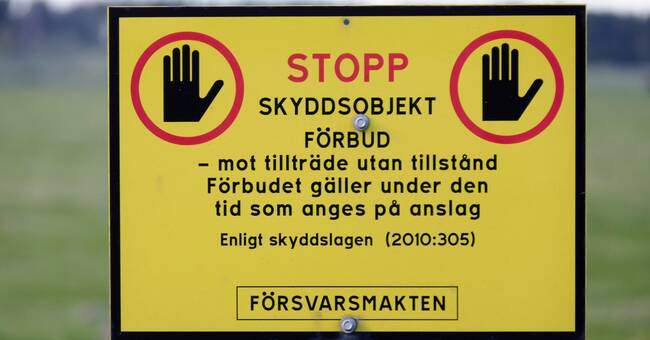 The man, who is from northeastern Skåne, is charged with gross unauthorized employment with secret information.

According to the indictment, he has spread secret photos and information about positions at eleven military installations in Sweden.

The information was spread on a secret forum on the internet.

- I imagine that this person is a military over-interested person.

The security police have tried to identify the person and it is one thing for the court to now examine whether it is this person who has spread the information, he says.

The crime is unusual, the 42-year-old man is the fifth person charged with this type of crime.

There is a connection between the 42-year-old and some of the other cases when they hung out on the same forum.

But how the security police found out about the case or exactly what it is that makes the case be considered serious, the prosecutor does not want to go into because it is classified with reference to national security.

- What makes it particularly serious is the content of the damage assessment [damage assessment] in the case that has been made by the Swedish Armed Forces, which makes me assess it as a serious crime, says Mats Ljungqvist.

Second Scanian who is prosecuted

This is the fifth person charged with this type of crime.

Is it because the crime has increased or because you have a special focus?

- It is a type of case that is prioritized because it has to do with the security situation we are in. Defense facilities must be allowed to be at peace and not be mapped, says Mats Ljungqvist.

Last year, a man from northwestern Skåne was sentenced to prison for collecting secret information about military installations.

SVT is looking for the man's lawyer for a comment.