The accused man is a close supporter of local politician Teemu Torssonen. He is required to serve 8 to 10 years in prison in the district. 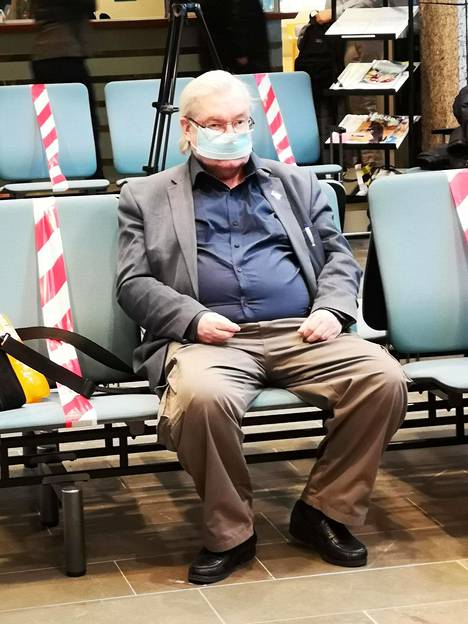 While investigating the attack on the active Finns, Pekka Katja, the police suspected several men on the far right.

Some of the suspects had a background in, among others, the Soldiers of Odin.

In the end, only a man born in 1979, who is a close supporter of local politician Teemu Torsson, was charged with attempted murder and aggravated domestic peace.

The accused is a project manager living in Tuusula who, according to him, got to know Torssose in 2012 through the activities of basic Finns.

The man has also made content for the far right channel.

The man is required to serve 8–10 years in prison in the Central Finland District Court.

The idea of ​​both the police and the prosecutors is that the motive for the Kataja assassination attempt was political.

Torssonen was under suspicion and in pre-trial detention for months, but no decision was made not to prosecute him.

State prosecutor Mika Appelsin and regional prosecutor Janne Kangas wrote in the decision that Torsson's supporters could have acted without his contribution.

- It is also not ruled out that one or some of Torsson's supporters would have experienced the rejection of Torsson's parliamentary election candidacy and expulsion from the party so strongly that they would have taken action on Torsson's own initiative without his or her own contribution.

According to the prosecutors, it is in any case a joint plan of several people, not an act committed suddenly.

The accused man does not know Juniper personally.

In interrogations, he never denied seeing this other than in newspaper photos.

I've never even seen it live.

Years ago, there was a newspaper article in Central Finland where Kataja gave his statement about Jussi Halla-aho, so I remember reading it.

Now, in this case related to assault I have seen Journal of the one or two pictures of juniper.

The man's fingerprints were found in a postal parcel used by the attackers as an excuse to enter Kataja's apartment.

During the interrogations, the man denied knowing how the Postal Parcel he was handling ended up in Kataja's apartment.

- I have sent some packages through tori.fi:n and packets related to the flea market sales, but can not say how I ended up over there is my tracks.

The man has had discussions with Torsson about founding a new party.

According to its program, the new party would be “genuinely nationalist”.

Police now asked the man in charge if he was frustrated or disappointed with the failure to form a new party and the time spent on Torsson's political career was wasted.

- I haven't been disappointed in any way - it's been more of a throwback.

I may experience frustration when there are people involved who don’t take care of their chores or do things agreed upon together.