- Yes, at some point in the training we started talking that guys, we will win this, says Joel Hokka of Blind Channel at Yle. 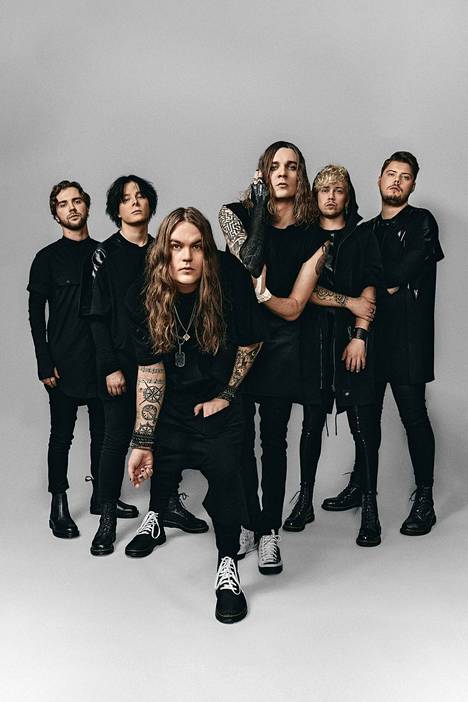 At the beginning of the new week, Blind Channel, which was elected Finland's Eurovision representative on Saturday, arrived at Yle's morning TV studio to share its mood.

The band's singer-guitarist Joel Hokka and singer Niko Vilhelm sat on the interview bench in a good mood.

- It is a truly surreal thing to rise from an underdog to a superior winner, Vilhelm begins.

- Yes, at some point in the training we started talking that guys, we will beat this, Hokka continues.

The presenter asks the duo how to deal with Eurovision now and whether the big point catch at the UMK is putting pressure.

Blind Channel representatives hit the counter with an outspoken response.

- Of course it's exciting before the show, but we've never been like that, we think what others think.

We do what we can do, put on a crazy workout and go see what comes of it, Vilhelm replies.

- It must be remembered that we have been working with the band for eight years.

The scholarships have already been paid, Hokka adds.

The idea for UMK started when Korona shattered the rockers ’dreams that their third album released in 2020 would boost their popularity and that they would be able to tour properly.

Then they decided to “raise the middle ones up” and go on television to perform.

- They wanted to make a song at the pace of which people can raise the middle ones and shout.

Blind Channel won the UMK 2021 competition by an overwhelming 551 points.

Eurovision will take place in the spring in Rotterdam.

According to the current guidelines of the European Broadcasting Union, the event will be held at safe intervals, but representatives of each country will be able to travel to Rotterdam and will be broadcast live on site.

Large crowds of visas on the spot will not be seen with these prospects.