After reaching a record high .. Can Bitcoin compete with the dollar?

The value of the digital currency Bitcoin was only equivalent to a few cents, but now, it is trading at more than 50 thousand dollars for each currency out of 21 million units available, so does this pose a threat to the dollar? 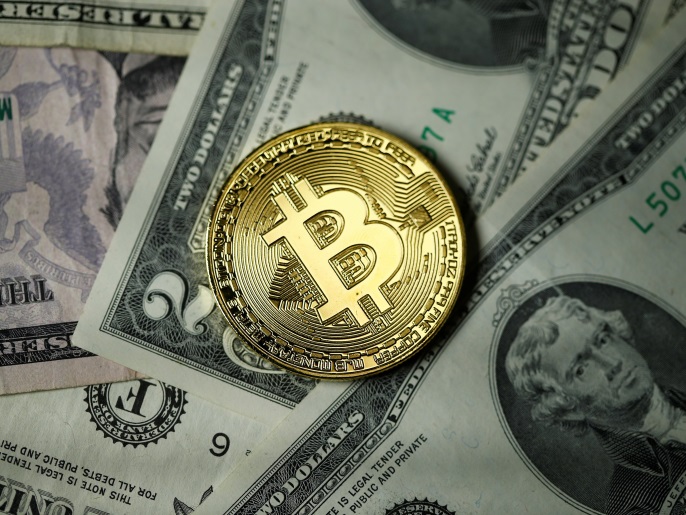 Bitcoin has become the talk of the hour in the economic world, and in the beginning, the value of this digital currency was only a few cents, but now, it is being traded in more than 50 thousand dollars for each currency out of 21 million units available.

The Washington Post reported that the value gained by this currency raised its position, as Tesla announced that it had invested $ 1.5 billion of its $ 20 billion in cash reserves in Bitcoin.

The prestigious Bank of New York Mellon Corp. also stated that it will use Bitcoin to manage assets on behalf of its clients, and other Wall Street firms are likely to follow suit.

Will the emergence of this digital currency, which is still limited to corporations, hedge funds and the wealthy, pose a threat to the rest of the people?

It is almost impossible for Bitcoin or other digital currencies to replace the US dollar as a global reserve currency, at least in the short term, and the volatility of Bitcoin's price and its extremely limited supply makes it ineligible to take this role, and the same applies to other digital currencies such as Dogecoin (dogecoin), which started as a joke in 2013 and has now a total market value of about $ 6.9 billion, at a rate of 5 cents per unit.

The newspaper pointed out that the most urgent danger is the exploitation of digital currencies in money laundering and fraud, as evidenced by a recent federal indictment accusing 3 agents of military intelligence from North Korea of ​​committing electronic crimes, including creating fake applications for digital currencies and stealing real digital currencies. Made by companies in Slovenia and Indonesia.

With the exception of the technology used, financial fraud and bank robbery are not new crimes.

The rise of Bitcoin

From a public policy perspective, the most important reason to focus on the emergence of the Bitcoin currency is what it reveals about the risks that involve the US Federal Reserve’s commitment to a zero interest rate policy. The goal of following this policy during the Coronavirus pandemic is to counter the economic collapse by encouraging investors to Betting their money on projects that create jobs, instead of investing in government bonds, and with limited productive investment opportunities, many resorted to investing in Bitcoin.

For some, it is crazy not to hedge against zero interest rates, which are in fact sub-zero compared to inflation. According to Tesla Chairman Elon Musk, "When a fiat currency has a negative real interest rate, it is only the fool who is not looking for another alternative." And last Friday, Treasury Secretary Janet Yellen pledged to closely monitor formation and other phenomena of speculation.

The newspaper urges the US Treasury Secretary and other US regulators to consider what these markets reveal about the realistic consequences of the current monetary and fiscal policy, positive or negative, intended or unintended.