Under the patronage of the President of the State and on behalf of Mohammed bin Zayed, Mansour bin Zayed witnesses the inauguration of IDEX and NAVDEX 2021 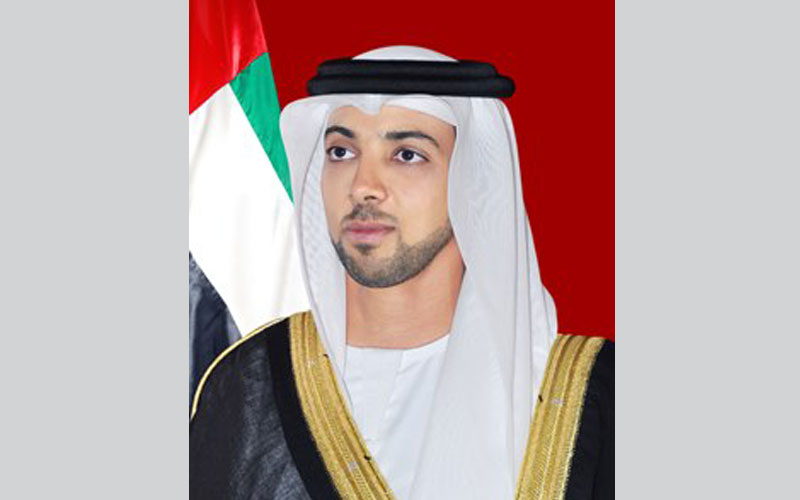 Under the patronage of the President of the State and on behalf of Mohammed bin Zayed, Mansour bin Zayed witnesses the inauguration of IDEX and NAVDEX 2021

The event was restricted to VIPs invited from different countries of the world, amidst regulatory measures that adhered to the highest standards and precautionary and preventive measures.

His Highness Sheikh Mansour bin Zayed Al Nahyan, Deputy Prime Minister and Minister of Presidential Affairs said that the “International Defense Exhibition - IDEX 2021” and “Naval Defense Exhibition - NAVDEX 2021” represent the most prominent global platforms for displaying the latest military equipment, advanced weapons and warfare technologies, and together they constitute a regional reference. And internationally for all countries and major companies in this strategic field.

His Highness affirmed that organizing the event reflects the high capacity of the UAE in managing international events in light of the exceptional circumstances that the world is witnessing as a result of the spread of the Corona pandemic, thanks to the generous directives and the insightful vision of the wise leadership.

His Highness Sheikh Mansour bin Zayed Al Nahyan added that the state grants innovation, specialized manufacturing and scientific development an absolute priority and great importance in its policies, believing in the value of these fields in ensuring a promising future for successive generations of Emiratis, and supporting the balance of national achievements.

The opening ceremony began with the national peace of the country, followed by a visual presentation that narrated the story of development and leadership led by the UAE and the exceptional achievements it has made, especially during the year 2020, which witnessed the spread of the Covid-19 pandemic.

The ceremony witnessed a flying performance in the skies of Abu Dhabi to form the national flag, which was carried out by the Emirates Knights, as well as musical performances by military bands.

The ceremony's paragraphs included presenting a scenario for military operations and mock scenarios in which a number of land, air and sea military units took part, in which techniques used in military and security maneuvers were used, in which they shed light on modern and advanced technologies enhanced with virtual reality, artificial intelligence, robots, and satellite communications for positioning. And moves.

IDEX and NAVDEX 2021, organized by the Abu Dhabi National Exhibitions Company (ADNEC), in cooperation with the Ministry of Defense and the General Command of the UAE Armed Forces, present the latest developments in the defense industries sector in terms of advanced and innovative technology and equipment, as well as highlighting the development of The national defense industries sector in the country, as well as establishing strategic partnerships between the various participating parties and major international companies specialized in these sectors.

The IDEX and NAVDEX exhibitions this year are distinguished as the largest event specializing in the defense sector in the world that launches the recovery phase from "Covid-19" with the participation of 900 exhibiting companies from 59 countries, with more than 70 thousand visitors expected. 110 international delegations have confirmed their attendance, and more than 500 media professionals from 64 countries are expected to participate in the media coverage.

The Commander-in-Chief of Abu Dhabi Police, Chairman of the Supreme Organizing Committee of "IDEX" and "NAVDEX", Major General Staff Pilot Faris Khalaf Al Mazrouei, said: We are proud of the launch of this global event, which coincides with the celebration of the golden jubilee of the Federation of the United Arab Emirates, so that the two exhibitions continue their march that started 27 years ago. A year ago, amid wide international demand, thus establishing its strategic position, and as a global platform that reviews and attracts the latest developments in the land, sea and air defense industries of technology and innovations that keep pace with the techniques of the Fourth Industrial Revolution.

He added: The UAE has succeeded in affirming its capabilities and capabilities through its readiness to organize and host this pioneering international event, given its competencies, expertise and infrastructure that provide the world with a work environment that is trusted by the international community, and as a result it has attracted wide global participation despite the circumstances it witnesses. As a result of the spread of the pandemic, given its main role in developing the sector, and contributing to the signing of long-term contracts and deals.

For his part, the Assistant Undersecretary for Industries and Defense Capacity Development at the Ministry of Defense and Deputy Chairman of the Supreme Committee, Major General Staff Pilot Ishaq Saleh Muhammad Al Balushi, said that the IDEX and NAVDEX exhibitions are considered a new turning point towards the resumption of the business tourism sector and the support of the comprehensive development process that contributes to Strengthening the position of the UAE during the next 50 years, which seeks to build an economy based on knowledge and innovation.

He praised the tireless efforts of the working groups and organizing committees that worked to develop a set of procedures in accordance with the highest global and local requirements to ensure the security and safety of international delegations, participants and visitors, as the holding of this session during this stage comes thanks to the visions of the wise and insightful leadership that preceded the (Covid-19) pandemic. It contained the risks of its spread, to welcome the world again, taking advantage of detailed and thoughtful plans to organize this special session, and to allow the world to continue to do business with confidence and safety.

Al Dhaheri added that this fruitful cooperation was reflected in the preliminary results related to international participation beyond expectations, as this year we have attracted 5 new countries, participating for the first time, and the percentage of international companies exceeded 84 percent of the total exhibitors, while the percentage of national exhibiting companies reached 16 percent of The total number of companies, which reflects the international interest in IDEX and NAVDEX exhibitions, which extend over an area of ​​155 thousand square meters, while the area of ​​outdoor and water exhibitions on the ADNEC dock reached 81 thousand square meters.

Al Dhaheri emphasized that the health and safety of all participants and visitors to "IDEX" and "NAVDEX" exhibitions is considered a top priority for the Abu Dhabi National Exhibitions Company "ADNEC", as the company has developed protocols that clarify measures and procedures for preserving the health of all participants, in cooperation with the relevant health and regulatory authorities. By providing periodic inspection centers at the Abu Dhabi National Exhibition Center for all delegations and in the network of hotels hosting visitors and participants, as well as precautionary measures that are being applied in all event facilities.

It should be noted that a wide range of health, safety and prevention measures will be implemented to ensure the security and safety of delegations, participants and visitors in the 2021 session of exhibitions and conferences .. For more information and details of these procedures, please visit the official website via the link www.idexuae.ae