The first human case of the H5N8 strain of bird flu .. Is it fatal to humans?

On Saturday, the Russian authorities announced the discovery of the first human case of the H5N8 strain of bird flu, so what does this mean? We will give you news and facts without exaggeration or underestimation. 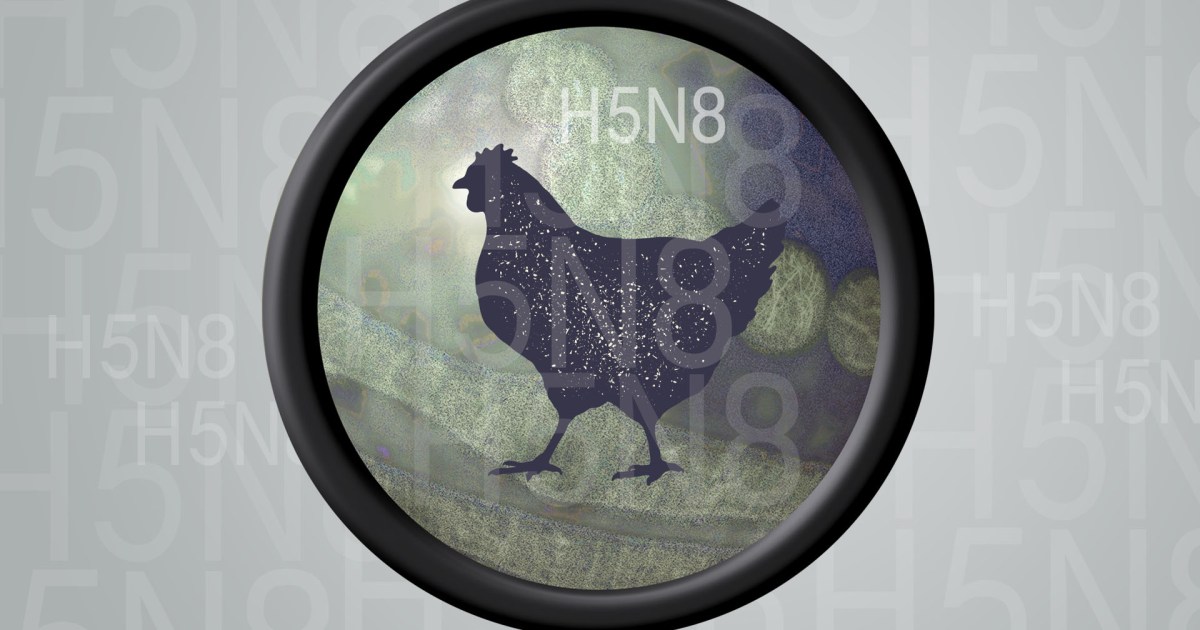 On Saturday, the Russian authorities announced the discovery of the first human case of the "H5N8" strain of bird flu (avian flu), so what does this mean?

We will give you news and facts without exaggeration or underestimation.

Experts of the Russian government's "VECTOR" center for virology and biotechnology discovered the genetic material for the "H5N8" strain of bird flu in 7 employees of a poultry factory located in the south of the country where an outbreak of bird flu was detected late last year, according to Anna. Popova, head of the Russian Federal Authority for Consumer Rights Protection, made a televised statement.

Popova indicated that this is the first case of human infection with the "H5N8" strain in the world, noting that experts at the same time monitored changes in the patients' bodies and the response of their immunity to their infection.

The official pointed out that the swift measures made it possible to prevent the spread of the virus in the said factory.

"They did not show symptoms, and human-to-human transmission has not been reported. If this is confirmed, this will be the first time that the H5N8 virus infects humans," the World Health Organization said in an emailed statement.

Interfax news agency reported last November that the Victor government center had indicated a new strain of influenza, "H5N8," was rampant in 15 Russian regions, between domestic and wild birds, but it did not pose a threat to humans.

What is the H5N8 strain?

The bird flu strain H5N8 is a sub-type of influenza A virus, and it is highly lethal to wild birds and poultry.

Before Russia reported its first human case of H5N8, it was widely believed to be confined to birds and poultry.

Generally, to prevent bird flu viruses, the following is recommended:

The Russian laboratory Viktor said, "It is necessary today to start developing a test system that allows rapid detection of cases in humans and the start of work" to develop a vaccine.

Russia has a history of research on viruses and vaccines, and has developed a vaccine, "Sputnik V" against Covid-19, with an efficacy of 91%, according to confirmed scientific results from independent experts, according to a report by Agence France-Presse.

The development of this virus must be monitored

For its part, the World Health Organization confirmed to the French press that Russia informed her of this discovery, and that "if confirmed, it is the first time that this virus infects humans."

The organization added, "We are in contact with the Russian authorities to collect more information and assess the effects of this discovery on public health."

Currently, this highly contagious strain, which kills birds, is spread in several European countries, including France.

According to the World Health Organization, the transmission of avian influenza infection to humans is rare and requires "direct or close contact with infected birds or their environment."

However, "the evolution of this virus must be monitored" because it is capable of further mutating.

The World Health Organization stated that the spread of some H5N8 virus variants among poultry in the world is "worrying for public health" because they are capable of "causing serious diseases in people whose immunity to combat the virus is little or no."

The expert, Gwenel Fürch, director of research at the "National Institute for Agricultural Research" in France, told the French Press Agency that this type of virus "is known to be developing rapidly."

She added, "With regard to the" H5N8 "strain, no cases of human transmission have been recorded to this day, but it is a possibility in the evolution of the virus.

The expert explained, "Perhaps there were other cases that were not monitored, especially if the symptoms were minor," noting that the seven cases discovered in Russia "may hide more other cases."

According to The Guardian, most human bird flu infections have been linked to direct contact with infected live or dead poultry, however properly cooked food is considered safe.

The cases tend to be spread by migratory wild birds, the Guardian adds, prompting producing countries to keep their poultry indoors or isolate them from wildlife.

Bird flu outbreaks often lead to farm owners killing poultry to prevent the virus from spreading, and this often pushes other countries to impose trade restrictions.

In the United Kingdom, the Guardian said, 5 outbreaks of the H5N8 strain were detected in Gloucestershire, Dorset, Devon, Cheshire and Kent, prompting officials to implement a preventive zone in England, Scotland and Wales.