Strategy towards Russia: The EU is caught in the Putin trap

Despite the condemnation of Navalny, the EU is reluctant to impose harsh sanctions. In negotiations today, Germany is probably also on the brakes. Earlier steps show that the Kremlin is vulnerable. A Russian diplomat has already made a clear statement. 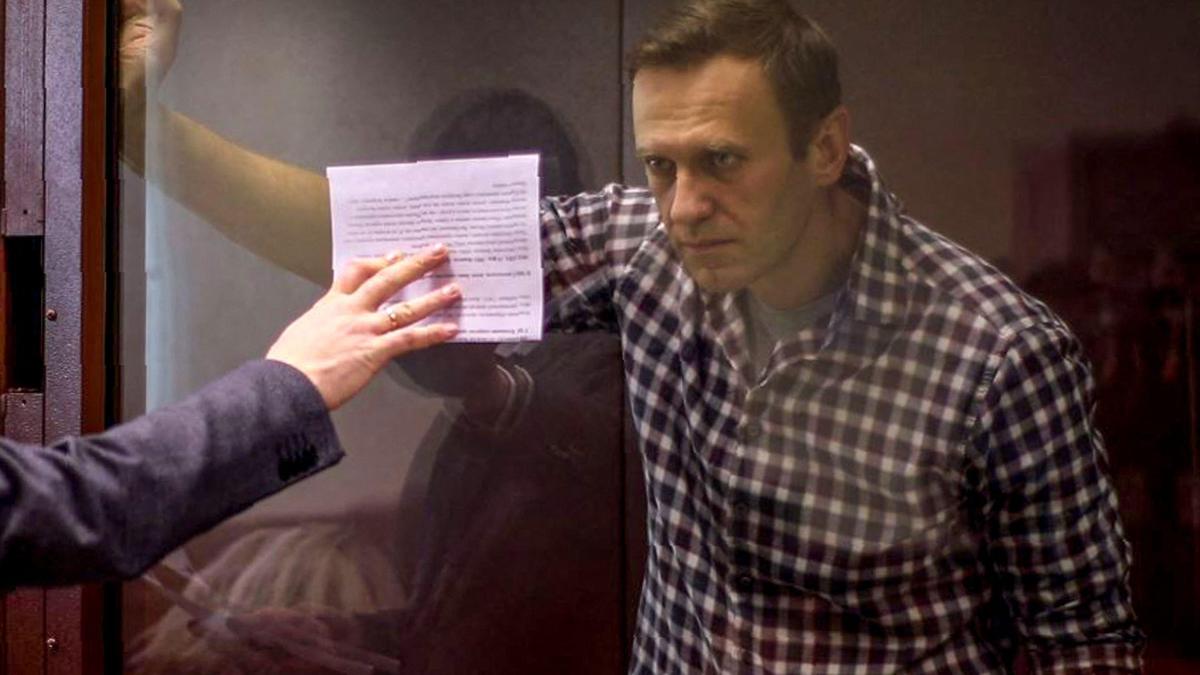 Relations between the European Union and Russia are growing frostier because of the Kremlin critic Alexei Navalny.

Immediately before the EU deliberations on new sanctions against Moscow on Monday, the Russian judiciary confirmed Navalny's sentence to around two and a half years in a prison camp at the weekend.

The opposition politician was also fined for defaming a World War II veteran.

It was only on Wednesday that the European Court of Human Rights (ECHR) asked Moscow to immediately release opposition leader Alexei Navalny from custody.

Navalny said in his closing remarks in the trial that he was a believer and lived according to the maxim: "Blessed are those who hunger and thirst for justice, because they will be satisfied." Many millions of people in Russia thirsted for the truth, they would in the end win and "get full," said Navalny in a calm tone.

He smiled in his glass case in the courtroom and made the "Victory" sign.

The Europeans have been advising internally for days on how to react to the Navalny case.

On Sunday evening, the foreign ministers of several EU countries wanted to meet in Brussels with Navalny employee Leonid Volkov and another confidante of the Kremlin critic.

These had to be “legally watertight,” he told WELT AM SONNTAG.

David McAllister (CDU), Chairman of the Foreign Affairs Committee in the EU Parliament, also said: "I expect that the EU foreign ministers will unanimously vote in favor of additional sanctions."

The basis for the planned punitive measures against individuals, such as account freezes and travel restrictions in the EU, will be the first time the new sanctions regime introduced in December for human rights violations.

The EU foreign ministers will only instruct the European External Action Service (EEAS) on Monday to draw up a list of sanctions with individuals who are responsible for the conviction of Nawalny and possibly also for the attempted murder against him, which from a European point of view is considered safe.

But are the sanctions enough to get Moscow to "rethink and improve the situation in the country," as a senior EU diplomat put it?

There is still heated controversy about this within the EU.

In contrast, countries such as Germany, France, Austria and Cyprus are putting the brakes on.

"More than sanctions against individuals are not possible," said one negotiator in Brussels.

The EU is caught in the Putin trap.

In March, the heads of state and government want to discuss a new strategy towards Moscow.

But it is completely unclear in which direction it should go.

How much harshness, how much dialogue is the right balance?

Especially since the Europeans also need Russia to resolve central conflicts such as in Syria and Libya.

Dealing with Mr Navalny or the expulsion of three EU diplomats are just further arguments among many for reassessing the European Union's Russia strategy. "

Will there be more toughness against Moscow in the future?

The two most important EU countries, Germany and France, are unlikely to be ready for this.

Economic sanctions have been imposed in the past and are still in force today.

The main targets of western sanctions in recent years have been Russian state banks and the state-dominated Russian oil and gas sector - an industry that is essential to the Russian leadership.

It is often claimed that the punitive measures have had no consequences for the Russian economy or have even promoted import substitution.

The opposite is the case, said energy expert Tatiana Mitrova from the Skolkovo Moscow School of Management.

Western sanctions have hampered the Russian gas and, above all, oil industries in their development potential.

Russia will maintain production volumes, but will not be able to grow without Western technologies and investments.

The first round of transatlantic sanctions after the annexation of Crimea in March 2014 was still relatively mild: with entry bans against individuals, account locks and trade bans for certain companies, especially those based in Crimea and Sevastopol.

As a result, for example, seven years after the annexation, the Crimea is a roaming area for Russian mobile phone providers, i.e. almost abroad.

The largest Russian state banks have no branches in Crimea.

Sanctions directed against individuals have meanwhile affected not only separatists in eastern Ukraine, but also high-ranking Russian officials and politicians who pushed ahead with the annexation of Crimea.

After the MH17 was shot down, the sanctions were tightened in many areas, explains Finnish economist Iikka Korhonen.

An arms embargo was imposed and the export of so-called dual-use goods, which can be used for civil and military purposes at the same time, was prohibited.

Technologies for developing oil were also subject to sanctions, such as floating drilling platforms.

That slowed the expansion of Russian oil production in the Arctic.

The so-called sectoral financial sanctions, such as the restriction of Russian state banks' access to capital markets, were also a severe blow to the Russian economy.

These banks also finance investments in the Russian oil and gas sector.

The oil companies Rosneft, Transneft and Gazpromneft are directly affected by financial sanctions.

Immediately before the decision on new sanctions, Russia's EU ambassador Vladimir Chizhov warned the Europeans: “I do not want to speculate about whether our partners will initiate a new round of illegitimate unilateral restrictive measures against my country.

If and if that happens, we will be prepared to answer, ”he told WELT.

In any event, Russia's actions would be "based on fact and analysis, not guesswork and emotion."

Tschischow also said that the “potential” of relations between the EU and Russia is indeed great, but it remains largely untapped: “The decisions of our partners in the EU are illogical and astonishingly politicized.

In recent years, our partners in the EU have systematically obstructed the development of relations under the guise of untrueed pretenses. "

But Russia is a "reliable partner" who, in return, does not slam the door and continues to rely on cooperation and "discusses every controversial problem respectfully and openly," said Tschischow.

This is also in the interests of "the supranational institutions of the EU and its member states," declared the diplomat.

And he went on to say: "As soon as they find the strength and the political will to step down from their pedestal of imagined uniqueness and return to pragmatic cooperation on an equal footing, relations between Russia and the EU will certainly flourish again."