Solshire got the green light for him .. Haaland, the goal of Manchester United, Real Madrid and Juventus

Manchester United coach Ole Gunnar Solskjaer has confirmed that he has had support from the club's owners to conclude high-caliber deals that may include the signing of Norwegian star Erling Haaland. 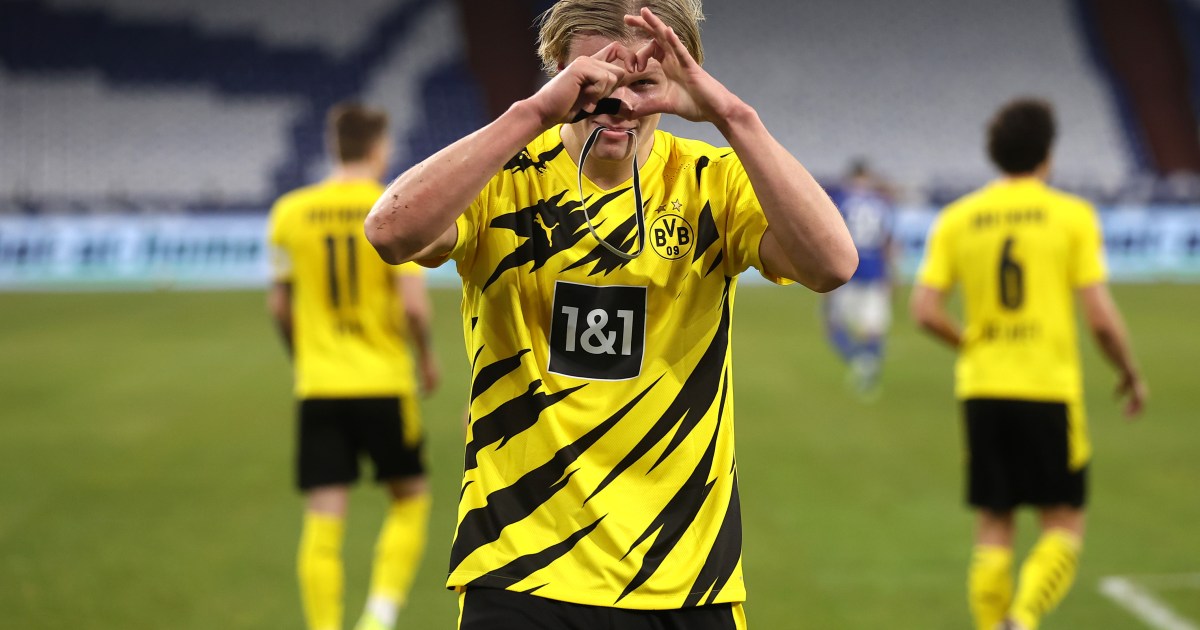 Manchester United soccer coach Ole Gunnar Solskjaer said that the future looks good for him at Old Trafford, and that he has had support from the club's owners to conclude heavy-caliber deals that may include hiring Norwegian star Erling Haaland, top scorer for Borussia Dortmund.

Manchester United had failed in its efforts to sign Haaland (20 years) last year, as the brilliant Norwegian striker chose to join Dortmund from Salzburg, Austria, in light of doubts at the time about Solskjaer's future with Manchester United.

The Glazers, the owners of Manchester United, faced criticism after the club refused to pay 120 million pounds (about 168 million dollars) to sign Haaland's colleague Jadon Sancho in Borussia Dortmund in the last summer transfer market.

But Solshire is now feeling optimistic about his chances of continuing to coach Manchester United, the British newspaper "The Mirror" reported on Saturday evening.

Solskjaer also feels that after finishing last season in the top four in the Premier League, the chances of making deals with world-class stars have increased, which is what fans are looking forward to with enthusiasm, but on the condition that the team decides to qualify again for the Champions League.

"We have a plan to become a very successful team, a team the most prominent players are looking to join its ranks," Solskjaer said.

"I cannot say anything about individuals, but we got support. The owners will continue to support and support the club, and we hope to develop the team."

Among the most prominent teams seeking Haaland is Real Madrid, which has linked it to the pursuit of Norwegian talent, several reports to support its faltering attack since the departure of Cristiano Ronaldo to Juventus.

Perhaps what may outweigh United is the availability of money more than Real Madrid, who is suffering financially, and Juventus, who are exhausted by Ronaldo's huge salary.