Concentrating on studying this "compulsory course", why did Xi Jinping say that "the time is right, it is necessary"?

(A closer look at China) Focusing on this "compulsory course", why did Xi Jinping say that "the time is right, it is necessary"?   China News Service, Beijing, February 21 (Reporter Liang Xiaohui and Zhang Su and Xing Chong) "At the moment of celebrating the centenary of our party, at the key node of the historical intersection of the'two centenary' struggle goals, the whole party will concentrat 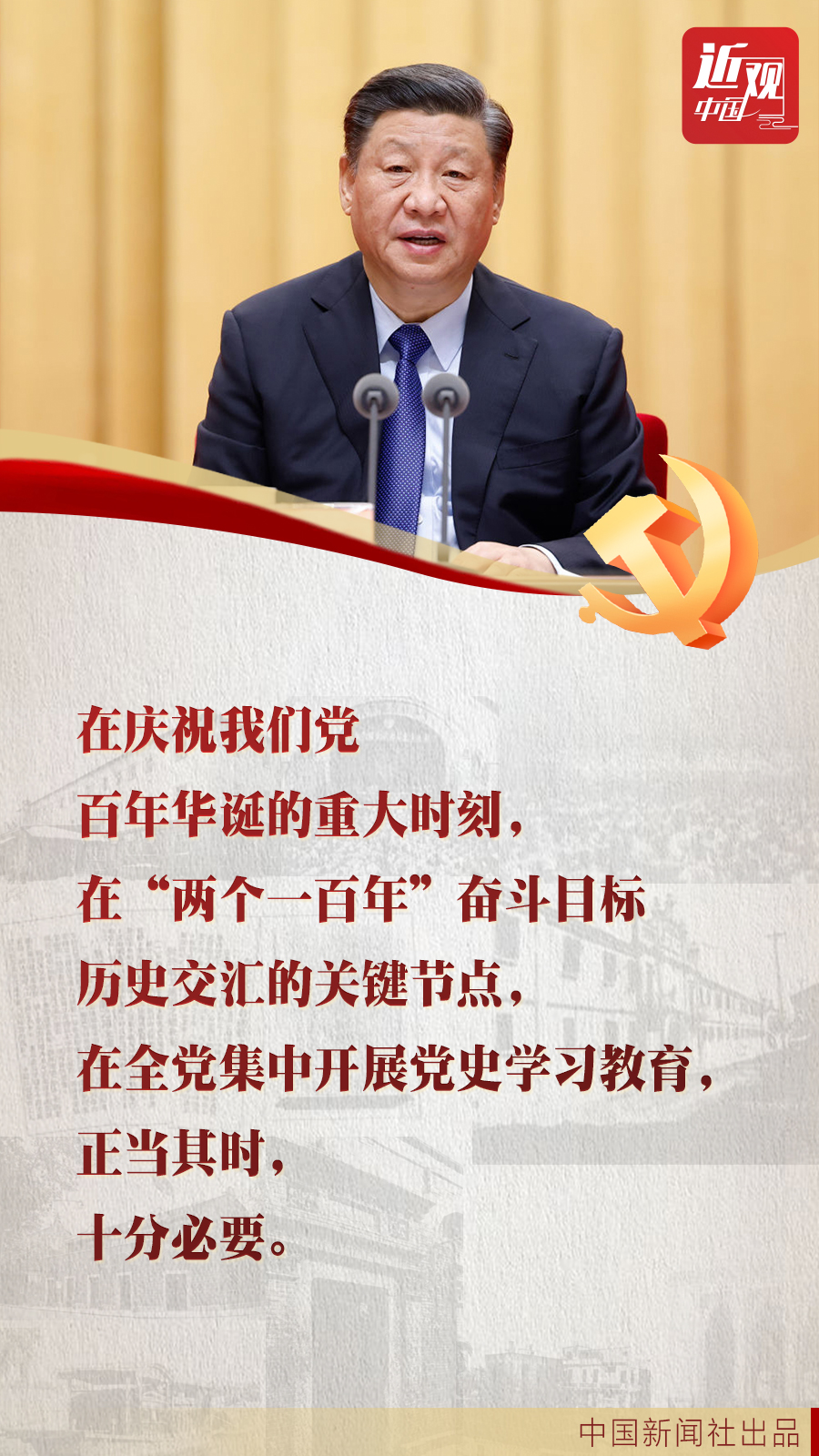 (A closer look at China) Focusing on this "compulsory course", why did Xi Jinping say that "the time is right, it is necessary"?

China News Service, Beijing, February 21 (Reporter Liang Xiaohui and Zhang Su and Xing Chong) "At the moment of celebrating the centenary of our party, at the key node of the historical intersection of the'two centenary' struggle goals, the whole party will concentrate on the study of party history. Education is very necessary at the right time."

On the 20th, the Party History Study and Education Mobilization Conference was held. Xi Jinping, General Secretary of the CPC Central Committee, President of the State, and Chairman of the Central Military Commission made the above statement at the meeting.

He emphasized that this is a major decision made by the Party Central Committee.

From 1921 to 2021, the Communist Party of China created "the biggest political miracle on earth."

Standing at a new starting point, the whole party is intensively studying this "compulsory course". Why is it "the right time and necessary"?

The outside world believes that being good at summing up historical experience and discovering forward forces from the past is an important factor in the growth of the CCP into one of the few largest parties in the world.

Especially after the 18th National Congress of the Communist Party of China, at many important points in the link between the past and the next, the CCP looked back at history to find its original intention, drew wisdom and strength from history, and clarified the way forward.

For example, in November 2012, not long after the leadership of the 18th CPC Central Committee took office, Xi Jinping and members of the Politburo Standing Committee visited the "Road to Rejuvenation" exhibition, calling on the whole party to inherit the past and the future.

In October 2017, the Politburo of the 19th CPC Central Committee took office for only one week. Xi Jinping led the Politburo Standing Committee from Beijing to Shanghai and Jiaxing, Zhejiang, to pay homage to the site of the First Congress of the Communist Party of China in Shanghai and the Red Boat in Nanhu, Jiaxing, Zhejiang, revisit the party oath, and declare The firm political conviction of the new leadership.

"This time, at the important time of the 100th anniversary of the founding of the party, the CCP opened its centennial commemoration by looking back at history, which is another embodiment of its own fine tradition." Professor Zhu Lijia of the Central Party School (National School of Administration) pointed out that this also reflects Xi Jinping's continuous "History is the best textbook" and "The history of the Chinese revolution is the best nutrient".

Based on the present and new to history, this is the centuries-old adherence and clarity of the CCP’s original intention.

What is the original intention?

Xi Jinping once said in the report of the 19th National Congress: "The original intention and mission of the Chinese Communists is to seek happiness for the Chinese people and seek rejuvenation for the Chinese nation."

At the Party History Study and Education Mobilization Conference, Xi Jinping once again pointed out: "The century-old history of our party is a history of fulfilling the original mission of the party."

"We are fighting for the people, and only with the support and support of the people can we continue to consolidate the party's ruling position." Dai Yanjun, a professor at the Central Party School (National School of Administration), said that the most fundamental experience of the Chinese Communist Party's success is , Always thinks that the people’s interests are the starting point of all work, so the centuries-old history of the CCP can be summarized as "the history of the party and the people, breathing together, and sharing destiny."

"In 2019, the whole party will carry out the theme education of'Don't forget the original heart and keep in mind the mission'. In 2021, the whole party will focus on the study and education of party history. These two educations are in the same line, and all party members will once again understand the original intention and positioning of the party. , So as to clarify who it is for and whom to rely on." Zhu Lijia said.

In the future, we must "learn the past and know the future" to cope with risks and challenges.

The centuries of the Chinese Communist Party also coincided with the time when the world was experiencing "a century of change and a century of epidemics". The international situation was turbulent and the surrounding environment was complicated and sensitive.

Looking to the future, there are more risks and challenges, not less.

The CCP is studying party history at this time and also hopes to find a countermeasure.

Xi Jinping said that it is necessary to sum up and apply the party’s rich experience in successfully responding to risks and challenges in different historical periods, and to make ideological preparations and work preparations for a longer period of time to respond to changes in the external environment. “Continuously enhance the awareness of struggle, enrich the experience of struggle, and improve the skills of struggle. Improve the ability and level of governing the country."

The CCP has overcome various challenges with a sense of struggle and has also accumulated rich experience.

"Starting in the new century and in the process of advancing modernization, we will still face new struggles." Zhu Lijia said, for example, in the field of science and technology, we must continue to make up for shortcomings to solve the "stuck neck" problem; in economics and finance In the field, it is necessary to achieve stable and safe development.

All this requires a sense of struggle.

How to correctly understand "struggle consciousness"?

Dai Yanjun especially emphasized that the consciousness of struggle is to continuously stimulate fighting spirit, strengthen beliefs, and carry forward the spirit of tenacious struggle, so as to achieve "increasing trust in the study of history."

"This is a broad struggle, not a narrow struggle between people." (End)