Bremen's defeat annoys Kohfeldt - "That was nothing"

After Villarreal's Europa League frustration, Hoffenheim is celebrating significant success in the league. The Hoeneß-Elf pulls past rival Bremen, who had a very bad day. 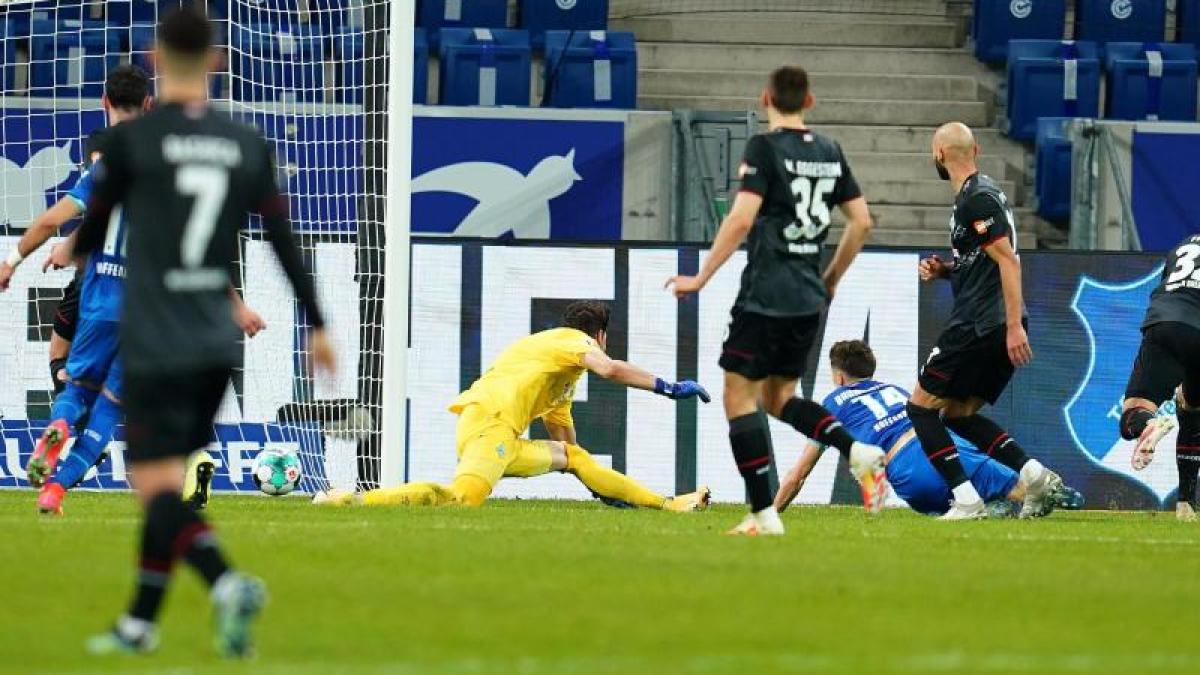 «That was nothing in the collective.

We conceded goals that were far too simple, we weren't determined, ”said the Werder Bremen head coach after the clear 4-0 (0-2) bankruptcy at TSG 1899 Hoffenheim, which ended a bitter football week in a conciliatory manner.

The team of coach Sebastian Hoeneß had overtaken their direct rivals with the clear victory on Sunday evening.

In front of the empty ranks due to corona, Ihlas Bebou (26th minute), Christoph Baumgartner (44th), Munas Dabbur (49th) and Georginio Rutter (90th) scored the goals for the Kraichgauer, who celebrated a success for the first time after four competitive games without a win .

Hoffenheim is now eight points ahead of relegation rank 16, Florian Kohfeldt's team is only five points after the third winless league game in a row.

The permanently troubled TSG, which had to do without a total of 13 players on Sunday due to injuries and Corona, put away the two bitter draws against Dortmund (2: 2 after leading) and Molde FK (3: 3 after 3: 1) and won earned in the end.

«We played very stable and scored the goals at the right time.

There is relief, but also pride, "said 1899 coach Hoeneß and added:" That is good for us in the table.

We have a challenging situation. "

That also applies to Werder, especially in this condition.

That hasn't happened to us this season.

That ruined our game.

The defeat is clear and deserved.

With such a performance it becomes complicated against any opponent, ”said Bremen's Theodor Gebre Selassie on the TV broadcaster Sky.

Three days after the Europa League game against Norway's outsider, which took place in Villarreal, Spain, due to the corona, Hoeneß motivated his team to perform very well despite the many failures.

The guests from Bremen, who had not conceded more than one goal in seven competitive games in a row, initially acted brave, but were repeatedly surprised by the high speed of the TSG offensive around Bebou, Baumgartner and Dabbur.

The Kohfeldt-Elf had more of the game in the initial phase.

The bustling Joshua Sargent came to deals several times, but they were not dangerous for the jubilee Oliver Baumann (350th Bundesliga game).

When Felix Agu, who was used for the missing Ludwig Augustinsson, fell after a duel with Kasim Adams in the penalty area (24th), referee Robert Schröder let go.

A few minutes later, after a great pass from the strong Diadie Samassekou, Bebou was free and took the lead.

The videographer checked the scene again, but the gate counted.

The Kraichgauer did not let up and added at the ideal time - shortly before the break - the dynamic Baumgartner prevailed against Werder's back three with great determination and pushed past Jiri Pavlenka to 2-0 with his last bit of strength.

After the break, the Bremen team blundered defensively again: Bebou broke through on the right, crossed into the middle to Dabbur, who completed the five-meter space without any problems and undisturbed.

Werder last conceded three goals or more in November at 3: 5 at VfL Wolfsburg.

From then on, TSG didn't have to do much and even increased to 4-0 thanks to the debutant Ritter.

The defeat of Bremen, who had a very bad day, was okay even at this level.