Comment: Helmarit went to the Games - two things can increase the value of an achievement many times over

If the Helmari football festival is run by knowledgeable hands, the impact on the future of women's football can be huge, writes Joonas Kuisma, a journalist for IS Sport. 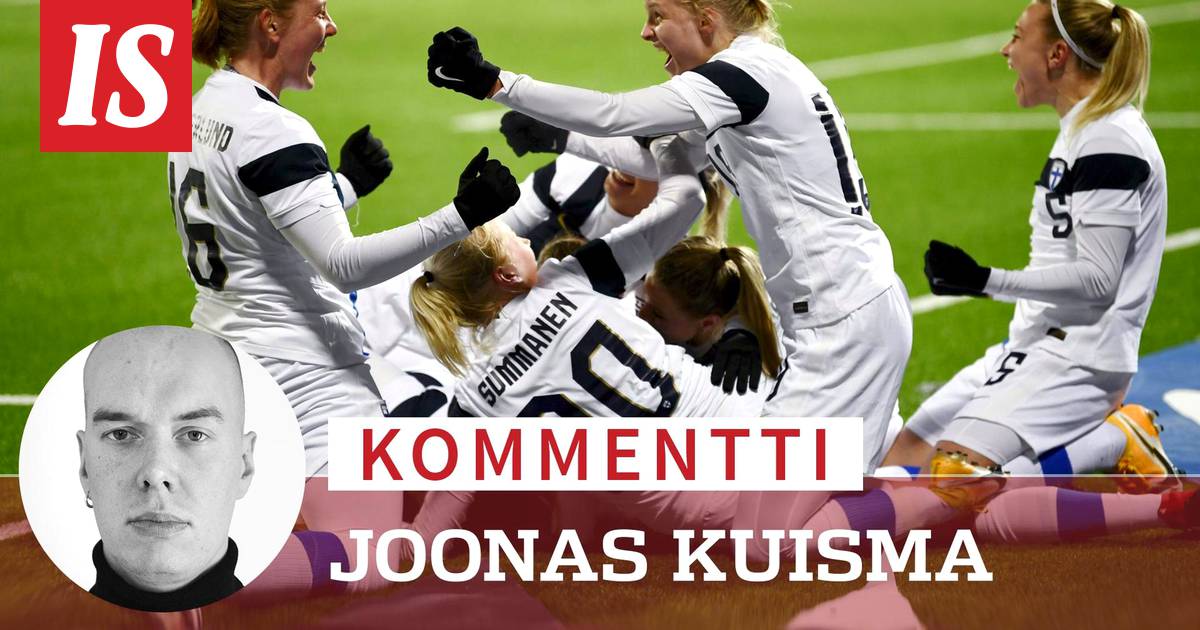 In the aftermath of the match, the tears of luck for midfielder Emmi Alanen touched.

It is good for the Finnish sports catalog that sometimes we also cry about happiness.

Once the tears dry, it’s time to look ahead.

The Finnish venue can rise in value for unpredictable reasons for two reasons.

The first is the inevitable megatrend of sport: the growth and development of women’s football.

Finland participated in the European Championships in 2005, 2009 and 2013. In eight years, European major clubs and sports federations have increasingly invested in women's football.

Finland did not make it to the Games in 2017. There was a danger that the people of Härmä would fall off the sledge when money flowed into the sport.

The European Championships in England in the summer of 2022 will provide players with screening places and the Football Association and clubs will continue to work to develop domestic player development.

Another reason is the increase in media visibility.

YLE showed every game of the summer 2019 Women's World Cup, even though Finland was not involved.

Yle took care of the initial studios and analyzes on top of the last one, as in the men's competition, that is, as it should be.

According to the company, the World Cup final was watched by an average of more than half a million Finns.

Now the brake is certainly not applied in Pasila.

Taking into account the development trend of women's football and Yle's forthcoming European Championship investment, Finnish Women's Football may receive unprecedented attention and positive status in the summer of next year.

If the Helmari football festival is run by knowledgeable hands, the impact on the development and future of women’s football can be very significant.