Biathlon Worlds: Les Bleus wind in the back before the relays - France 24

Biathlon Worlds: The Blues wind in the back before the relays Pokljuka (Slovenia) (AFP) With six podiums including two titles in eight races, the France team cannot hide and clearly appears as a contender for gold during the two women's and men's relays scheduled for Saturday at the Biathlon Worlds in Pokljuka. . Ladies relay: boosted Blue The two medals of Anaïs Chevalier-Bouchet (silver for the sprint, bronze for the pursuit) and especially the coronati 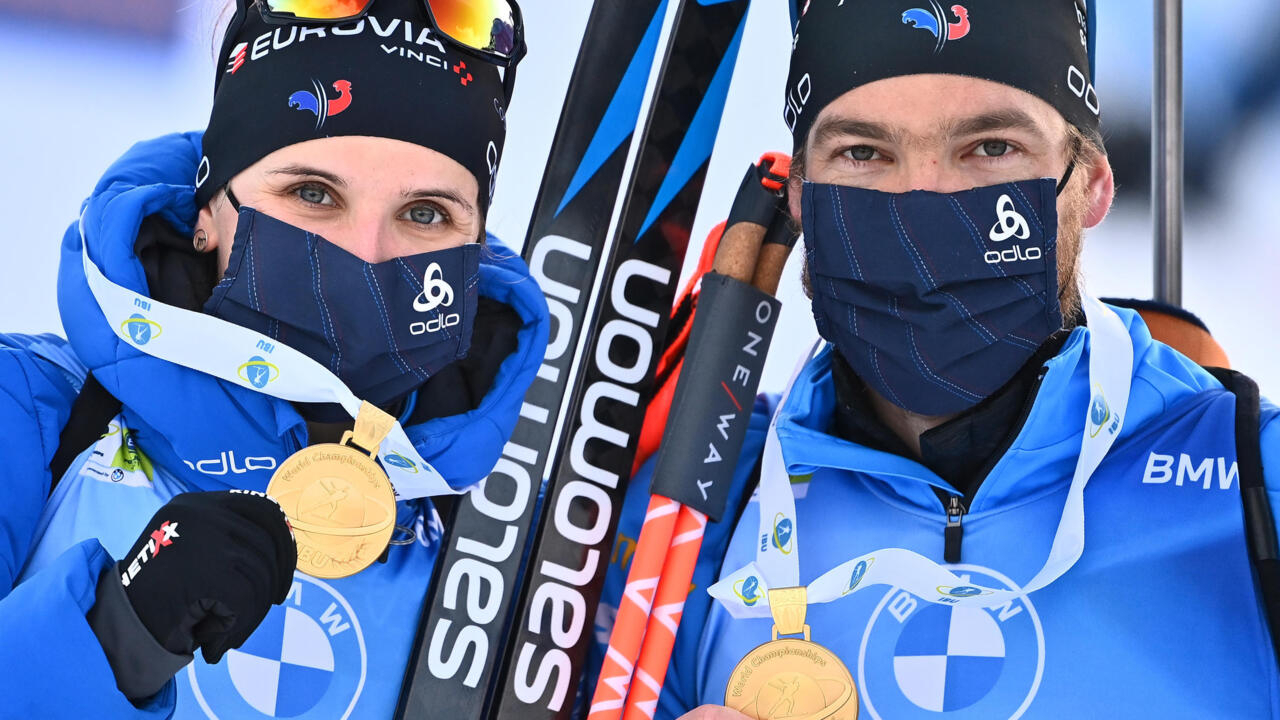 With six podiums including two titles in eight races, the France team cannot hide and clearly appears as a contender for gold during the two women's and men's relays scheduled for Saturday at the Biathlon Worlds in Pokljuka.

The two medals of Anaïs Chevalier-Bouchet (silver for the sprint, bronze for the pursuit) and especially the coronation of Julia Simon in the single mixed relay with Antonin Guigonnat gave ideas to the Blue, very ambitious before this team event.

Admittedly, the last victory of the French women on the circuit dates back to January 19, 2019 in Ruhpolding but the potential is there, materialized by the three podiums won this season in relay, and the quest for a first collective success at the World Championships is far from be in the order of fantasy.

Despite totally opposite characters and not necessarily good-looking relationships between them, the alliance between experience (Anaïs Bescond, Anaïs Chevalier-Bouchet) and the ardor of youth (Julia Simon) can spark.

"We all want to go get something, we're going to have super long teeth, says Anaïs Bescond. The relay is something that is close to our heart. We are not fans of hugs and hugs and we are not close but that's not necessarily how we win relays. "

This event will have a taste of revenge for Anaïs Bescond, out of the shot on an individual level.

Anaïs Chevalier-Bouchet, very tired after the strong emotions experienced the first week, hopes for her part to have recharged the batteries after three days of rest.

As for Julia Simon, cheered up by the first world title of her career, she will approach the last weekend of competition with an ogre appetite.

Because after the relay, the biathlete of the Saisies will have a huge shot to play on Sunday on the mass start with the small globe in focus, she who won the last two races in this specialty in the World Cup.

"The fact of finally having a medal around the coup in the big will relax her and give her ideas for the weekend," said Frédéric Jean, coach of the France team.

The main unknown lies in the surprise tenure of Chloé Chevalier.

The younger sister of Anaïs Chevalier-Bouchet was preferred to Justine Braisaz-Bouchet, in great difficulty in Slovenia, and at 25 she will take her first steps at the Worlds.

Men's relay: Favorites, even without Fourcade

Last year at the Anterselva Worlds, Martin Fourcade repaired an anomaly by finally winning a gold medal in relay in a major competition.

The five-time Olympic champion, retired, is no longer there but the Blues do not lack resources.

They even gave a glimpse of their capabilities with two wins in the last two collective races, in Oberhof and Anterselva, before the start of the World Championships.

What to give them a psychological ascendancy before rubbing shoulders with the Norwegian armada, led by Johannes Boe and the prodigy Sturla Holm Laegreid.

"It's very important for us to show that this team knows how to live without Martin Fourcade, explains Emilien Jacquelin. We gave some answers before the Worlds. We have a workforce that is good, that has not lost its talent. . "

If Jacquelin, crowned with his 2nd coronation in pursuit, Simon Desthieux, in silver in sprint, and Antonin Guigonnat have the wind in their back, Quentin Fillon-Maillet, still empty-handed in Pokljuka, will be in redemption mode.

The French N.1, dropped in the race for the big crystal globe, intended to save his season at the Worlds but his bet is for the moment largely lost.

What could be better than a relay to boost morale before the last mass start meeting on Sunday.

"I will not lack energy for the next races because there are still chances, he said after failing for the second time at the foot of the podium, Wednesday in Individual. This would allow me to return to home with a smile. "