Schoolyard racism, exclusion and conspiracy theories. In a report made by the City of Malmö, 14 Jewish children and young people are interviewed in depth about anti-Semitism in Malmö's schools. - Now we have it in black and white that anti-Semitism is widespread in schools, says Sara Wettergren (L), chair of the primary school committee. 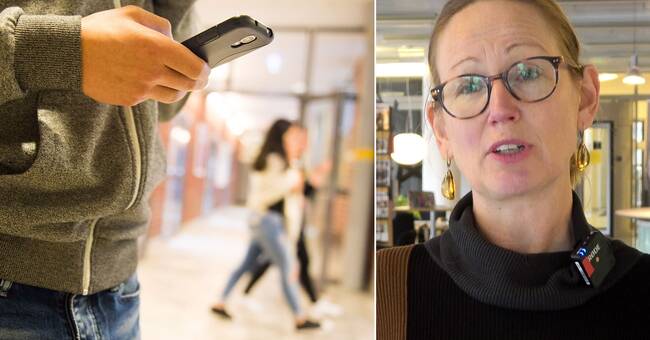 “Jokes are what you encounter.

It's everything from 'stingy Jew' to 'I'll gas you'.

I have had friends who also joked about it, and it actually feels terrible that they take such liberties and what you do then is to normalize a racist jargon.

There is an active ignorance in those jokes. "

This is what one of the 14 Jewish students that Mirjam Katzin (V), coordinator against anti-Semitism in the city of Malmö, has said in an in-depth interview in a report.

- The idea is that the study should be a knowledge base for how we should work with these issues in schools, she says.

Raise the level of knowledge

The report, which was created in a collaboration between the municipality and the Jewish Assembly in Malmö, describes anti-Semitism in Malmö's schools and highlights the difficulties Jewish students face as part of a minority in Sweden.

- One of the measures proposed is to raise the level of knowledge among teachers, says Mirjam Katzin.

In addition to the students, 26 teachers were also interviewed.

They say that they lack the knowledge and ability to tackle this issue in the classroom.

I have worked in schools where teacher colleagues have said "do not talk about Israel / Palestine here because it will only be difficult."

But it only gets difficult because you know nothing about the conflict and that it is emotional for yourself.

The municipality's chair of the compulsory school committee, Sara Wettergren (L), takes the content of the report seriously.

She hopes that the measures proposed will help politicians to counter anti-Semitism in Malmö's schools.

- I think that all students should feel safe in Malmö's schools and be comfortable with their identity.

Of course, we want Malmö to be a city that Jewish families move to, and not from, says Sara Wettergren.