For many, distance learning has come as news. But one who was really ahead of his time is the high school teacher Börje Sundvall from Halmstad. He has taught both math and physics on Youtube for several years, which has resulted in thousands of followers. His hard work has led to him now also receiving the Royal Swedish Academy of Sciences' teacher award in physics. 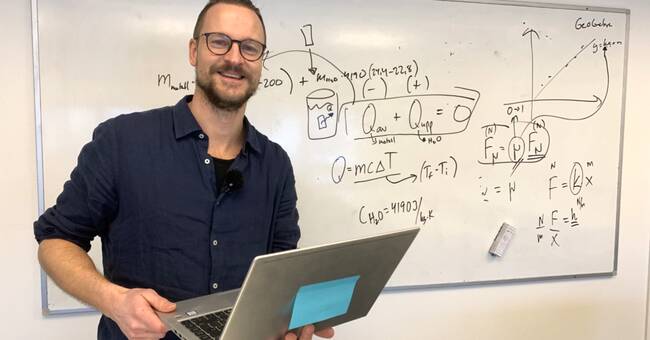 - I am happy, shocked and flattered.

It feels like a receipt for all the work you put in, says Börje Sundvall, who has worked at LBS Kreativa gymnasium in Halmstad for eleven years, and is a teacher in mathematics, physics and chemistry.

At the time of writing, he has almost 18,500 followers on his channel.

Over the years, he has received many positive emails from high school students around the country who have read his videos.

- It has happened that I received flowers and chocolate.

Some have said that I saved them from getting passed while others say that they managed to get an A. It is the warmth from the students that makes me continue to steam on, says Börje Sunvall.

In the clip, he tells more about his project.