The disease situation in the Lapland Hospital District, which has been in the basic stage for a long time, has clearly deteriorated in the last two weeks, says Markku Broas, chief infection specialist. 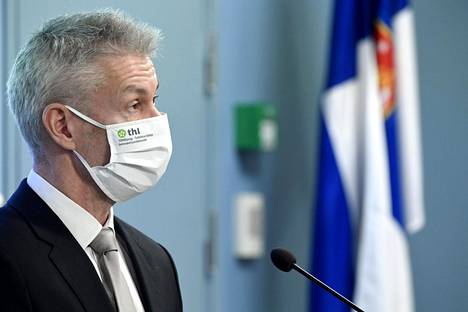 The THL recommended on Thursday that residents of the Hus area should avoid holiday travel outside their own area until 14 March.

Watch the video above for a recording of THL's recommendation.

Therefore, ski holidaymakers in the metropolitan area should stay in their own area.

- The recommendation is that in this situation, a ski holiday would be spent in the home district, THL's chief physician Taneli Puumalainen said in the interest rate review.

THL's message is also shared by Markku Broas, Infection Chief of Infection at the Lapland Hospital District, who is very concerned about the situation.

- Unnecessary travel should be avoided as there is a risk of increased infections.

He says that the disease situation in the Lapland Hospital District, which has been in the basic stage for a long time, has clearly deteriorated in the last two weeks.

According to the chief physician, the number of infections has increased in several municipalities, and the origin of the infections is not known in all cases.

According to the chief doctor, some of the infections are related to tourism.

According to the chief physician, more stringent restrictive measures will be introduced to prevent the epidemic from spreading and worsening.

Yrjötapio Kivisaari, CEO of Levin Matkailu Oy, says that 95 percent of the holiday apartments and cottages used by Visit Levi are reserved for week 8.

For the following week, the booking calendar is 75-80% full.

The figures do not include Levi's hotel capacity.

- For week eight, there are already more overnight stays in holiday apartments than last year there were a total of overnight stays by domestic and foreigners, Kivisaari says.

Ski holidaymakers are, or at least were, expected to be north in large numbers. Photo: Roni Rekomaa / Lehtikuva

Accommodation capacity is also filling up at a good pace in the cottages provided by Pyhä-Luosto Matkailu Oy.

- We have 120 cottages in service and about ten percent are currently available, says CEO Päivi Hannula.

However, the situation is constantly alive, as ski holiday bookings often come at the very last drop.

- Tens of percent will be left in turnover compared to the normal situation.

Vuorentausta says that holiday apartments, on the other hand, have been in high demand.

According to him, the corona situation will certainly have a partial effect on this.

The tourism entrepreneurs interviewed by IS are not frightened by THL’s statement.

According to the entrepreneurs, special attention has been paid to safety and hygiene issues at the sites.

They call on tourists to take responsibility.

- We hope that all tourists will act safely and responsibly in accordance with the instructions and recommendations given.

The intention is by no means that the corona situation will worsen with tourism, says Hannula, CEO of Pyhä-Luosto Matkailu Oy.

Lining would pay attention to the habit, not the place.

- It is essential that the instructions and recommendations are followed, regardless of where in Finland you are.

Whether to spend a ski holiday in the south or north.

According to tourism entrepreneurs, special attention has been paid to safety and hygiene issues at the destinations. Photo: Roni Rekomaa / Lehtikuva

Kivisaari, on the other hand, reminds of the situation of Christmas and New Year in northern Finland.

- At Christmas, the occupancy rate of the holiday apartments was full, and no clusters of infection left us.

We are in a good position to succeed even on a ski holiday, if everyone acts responsibly and disciplinedly in the situation, he states.

Traveler, pay attention to these points!

If, despite the recommendations of the authorities, you decide to go on a ski holiday to Lapland, Chief Medical Officer Markku Broaks says that a few important points must be taken into account.

According to the chief physician, the trip must be constructed in such a way that the given instructions and recommendations can be followed as closely as possible.

- Now if ever it is necessary to follow the safety instructions.

The action starts already at home.

- No one goes on a trip sick or symptomatic.

If there are symptoms, the trip must be canceled and a test applied for.

Test results are then expected at home.

If symptoms occur during the trip, seek the nearest test site and wait for test results at the accommodation.

According to Broaks, you have to be careful with the travel company.

- The holiday is spent only with your own family or group.

Events or evenings where you can meet other people are not allowed now.

Broas points out that the use of masks, keeping safety distances and taking care of hand hygiene should also not be forgotten.