Watch the "Night of Champions" summary ... A historic victory for Porto over Juventus, and Haaland shines against Sevilla

The Portuguese club Porto achieved a surprise and beat Juventus 2-1 in the first leg of the Champions League final, Borussia Dortmund returned with a precious victory from the Seville stadium 3-2 thanks to the brilliant Erling Haaland. 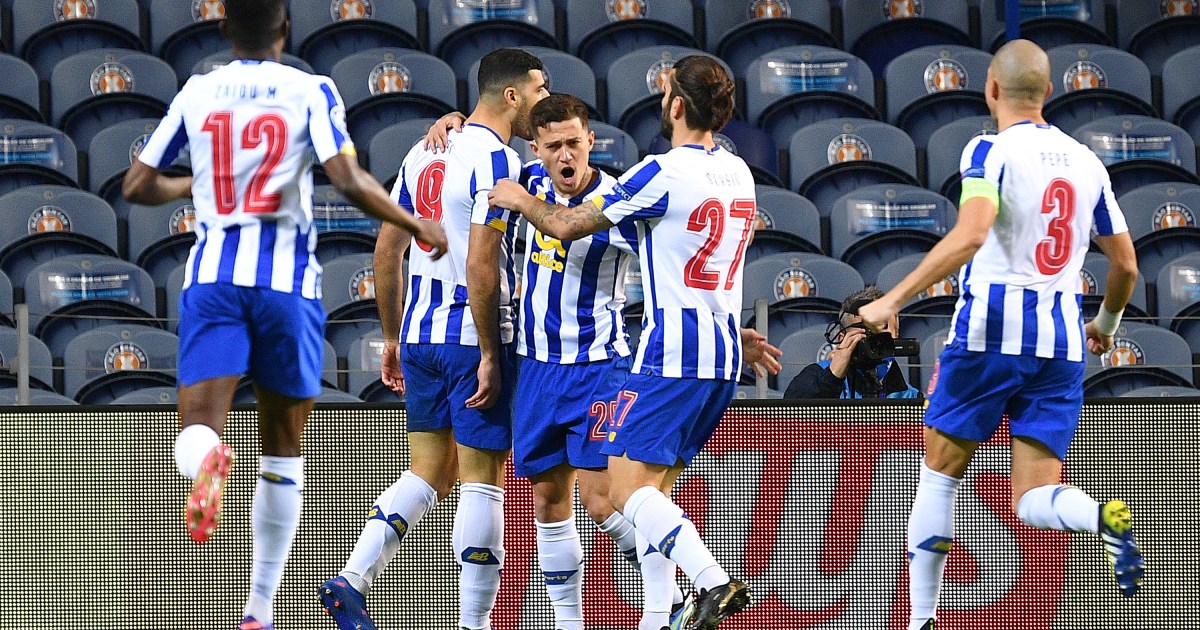 Portuguese club Porto achieved a surprise and defeated Juventus 2-1 in the first leg of the European Champions League final, and Borussia Dortmund returned with a precious victory from the Spanish stadium of Seville 3-2 thanks to the brilliant Erling Haaland.

Porto was the best party in the match, and his players almost scored more goals in light of the lackluster performance of Juventus, whose players' experience contributed to hijacking the goal to reduce the difference, which may help him return in the second leg.

Iranian Mahdi Taremi opened the scoring for Porto, who won the title in 1987 and 2004, in the first minute of the match, and his Malian colleague Moussa Mariga added the second goal in the 46th minute, exactly 20 seconds after the start of the second half.

Federico Chiesa scored Juventus' only goal in the 82nd minute.

Porto achieved its first victory over Juventus during 6 meetings between the two teams in various European competitions, and will seek to achieve a draw at least in the return match that will take place in Italy on the ninth of next March, in order to climb to the next round.

In Seville, Haaland scored two goals and set up a goal to turn behind Borussia Dortmund with a goal to a big 3-2 victory at Seville.

Seville scored through Jesus Fernandez (Suso) in the seventh minute, but Dortmund scored 3 goals within 24 minutes, with Mahmoud Daoud scoring the equalizer in the 19th minute, then Haaland scored twice in the 27th and 43rd minutes.

Haaland managed to score against all the teams he faced in the Champions League 🦸 # European_Liga # Sevilla_Dortmund # Sevilla # Dortmund pic.twitter.com/6APB9LN2vd

In the second half, substitute Luc de Jong scored the second Sevilla goal in the 84th minute.

And put Dortmund ahead in the quarter-finals before the second leg at home on the ninth of next March.

Dortmund received a huge boost from the victory against Seville after struggling in recent weeks in the German Bundesliga, dropping to sixth place, 16 points behind leaders Bayern Munich.