North Korea is internationally isolated and sanctions are hampering economic development. Investigators in the USA are convinced that Pyongyang can also obtain the necessary money with hacker attacks. 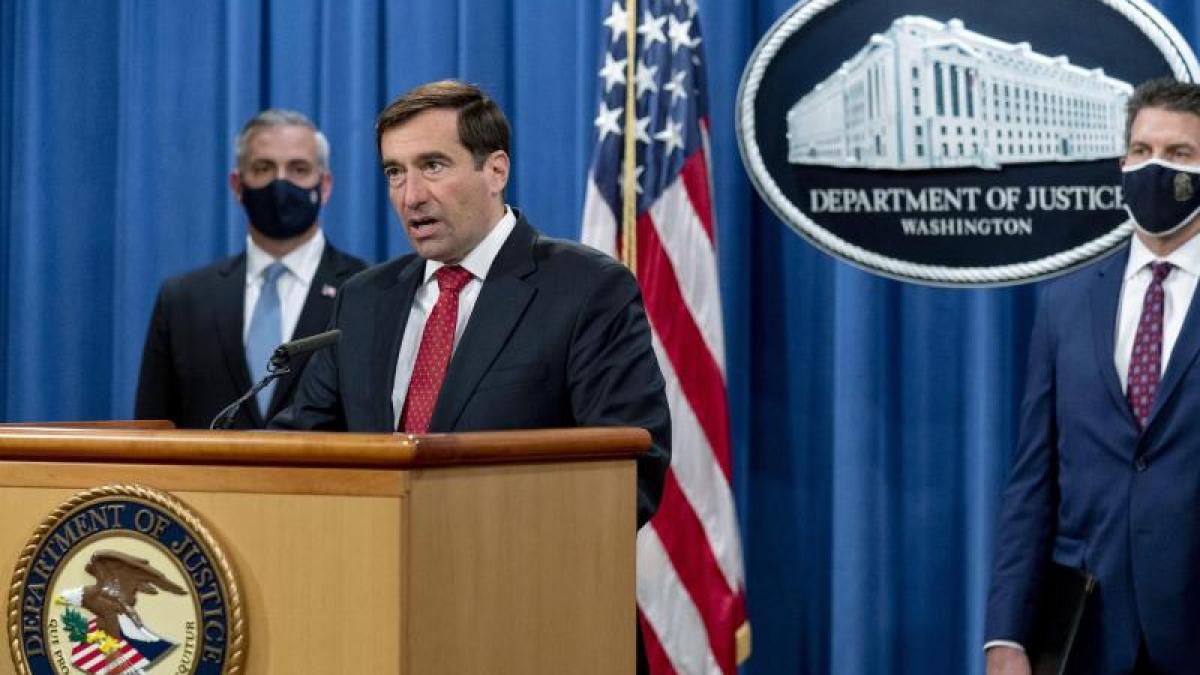 Washington (AP) - The US Department of Justice has brought charges against three North Korean computer programmers for a series of “destructive cyberattacks”.

The suspects are charged with working for North Korean military intelligence trying to steal or blackmail more than $ 1.3 billion from banks and corporations around the world.

The Justice Department unsealed the early December indictment, which builds on a criminal case against one of the suspects from 2018.

The aim of the attacks was to steal money to finance the regime in Pyongyang or to seek revenge, the investigators said.

The suspects are held responsible for several attacks on the entertainment industry, among other things.

The most prominent example is the attack on the Sony Pictures film studio, which paralyzed the studio's entire computer network for weeks in November 2014.

In addition, e-mails from several years were stolen.

The cyber attack was seen as an act of revenge for the film satire "The Interview" about a fictitious attack on North Korea's ruler Kim Jong Un.

For several years, the suspects are also said to have tried to steal money from banks in Vietnam, Bangladesh, Malta and Mexico, among others, according to the allegations.

These attacks are said to have involved more than $ 1.2 billion.

John Demers, who is responsible for national security affairs in the Justice Department, made it clear that illegal hacking activities from North Korea had different goals than those from Russia, China or Iran, which among other things aimed at the theft of intellectual property.

"What we see almost exclusively in North Korea is the attempt to raise money through illegal cyber activities," said Demers.

Given the sanctions and the economic situation, the country needs money.

North Korea is internationally isolated because of its nuclear program.

"North Korea's agents who use keyboards instead of guns and steal digital wallets with cryptocurrency instead of sacks of cash have become the world's leading bank robbers," Demers said.

North Korea is one of the "most sophisticated national cyber actors in the world".

An internal report by the United Nations recently found that North Korea also finances its nuclear weapons program with hacking activities, among other things.

These are to be carried out directly by the North Korean secret service.