In the dark earth, still protected by a warming layer of snow, the asparagus plants rest and gather strength. But how is the season going? Will asparagus cutters from Poland and Romania be enough despite Corona? And when are the first vegetables available? 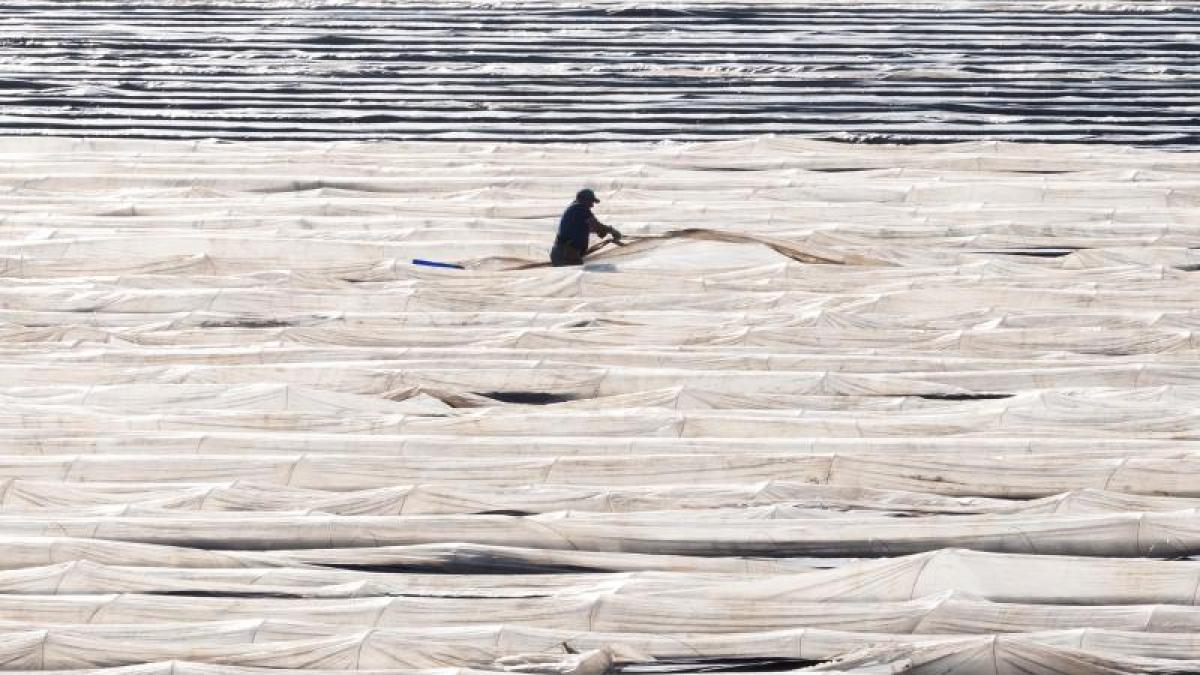 Beelitz (dpa / bb) - The Beelitz asparagus farmers are looking cautiously into the upcoming season in view of the corona pandemic.

"We have plenty of inquiries from Poland and Romania from seasonal workers who want to come," said Jürgen Jakobs, chairman of the Beelitz Asparagus Association, when asked.

That is good for now.

"If everyone arrives who has signaled it, we can be satisfied," he said.

In this context, however, it is unclear how the pandemic and the virus variants developed.

It is hoped, however, that traditional entry by car will be possible again this year.

In the previous year, because the overland route was blocked due to the risk of corona infection, the helpers had to travel by air in aircraft chartered by the companies.

"Many were also afraid to come to Germany under the strict conditions because of the quarantine requirements and the different information in their home countries about the real conditions at the place of work," said Jakobs.

In order to contain the spread of the virus, several states had closed their borders or imposed quarantine regulations.

"For every seasonal worker from abroad, the asparagus farmer had to pay around 800 euros additional costs," he said.

Additional expenses for the journey by plane were incurred.

In addition, additional living containers or rooms were rented for the accommodation - special hygiene standards had to be observed to reduce the risk of infection.

In the previous year, about 20 percent fewer helpers than the expected 6,000 to 7,000 from Poland and Romania started their work in the Brandenburg asparagus fields due to the special circumstances of the Corona crisis.

"Our great hope is to be able to supply restaurants again soon," said Jakobs, whose family runs an asparagus farm in Beelitz.

“We cannot survive another closed season,” he said.

In 2020, due to closed restaurants, important buyers for the vegetables will cease to exist.

In addition, no catering could be offered on the farms, an important source of income for the farmers.

Some were already selling "asparagus to go" that had already been prepared - but that couldn't make up for the loss of income.

Due to the current weather, Jakobs expects the first work to begin on the asparagus farms in February.

Hoods over the asparagus ridges are placed to warm the earth and accelerate the growth of the king vegetable.

"But I have to dampen expectations that there will be asparagus at Easter," he said.

At the beginning of April it was too early for that.

According to the State Office for Statistics, the asparagus harvest was around 19,100 tons in the previous year, down 17 percent compared to 2019.

The yield area had been expanded by around seven percent to around 4,000 hectares and thus to a record size.