In just over a year, it will be decided where the 2027 World Ski Championships will be held. Falun will apply to be the organizer, which means that the campaign work is now starting. - It is very important with the dialogue with our municipal citizens, so that they feel that this is our candidacy, says Sara Tigerström Monfelt at Falu municipality. 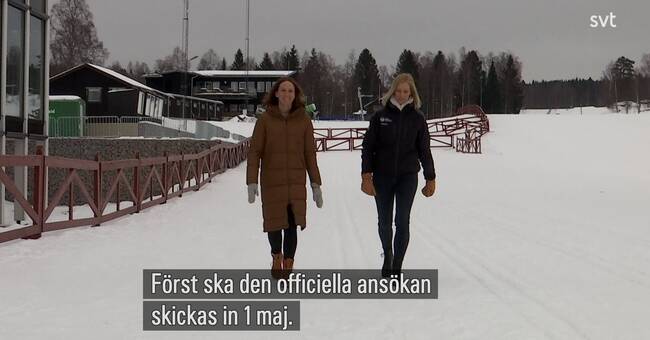 Ulrika Back Eriksson from the Swedish Ski Association and Sara Tigerström Monfelt from Falu municipality will together be responsible for the campaign work until the International Ski Association (FIS) makes its decision.

- It is very inspiring and gratifying that we received the assignment, they say to SVT Nyheter Dalarna.

It is the Swedish Ski Association that formally applies to host the World Cup in the Nordic disciplines.

But they do it together with the organizing municipality Falun.

FIS will decide on the organizer of the WC 2027 in the Nordic ski disciplines at its congress in May 2022.

The World Ski Championships were held in Falun no later than 2015. The investments that were made then in, among other things, the ski jumps were discussed and an argument that is now being raised is the possibility of getting more out of what was done then.

If Falun can arrange the World Ski Championships 2027, we can benefit from the investments that were made before the World Cup 2015 once again, said municipal councilor Joakim Storck (C) when the municipal board decided to apply.