Le Monde: Two years later, what is left of the Algerian movement?

Le Monde newspaper said that the pace of the popular movement in Algeria slowed with time due to Corona, but the authorities continued their crackdown on activists, as trials targeting them continued at a "feverish" pace. 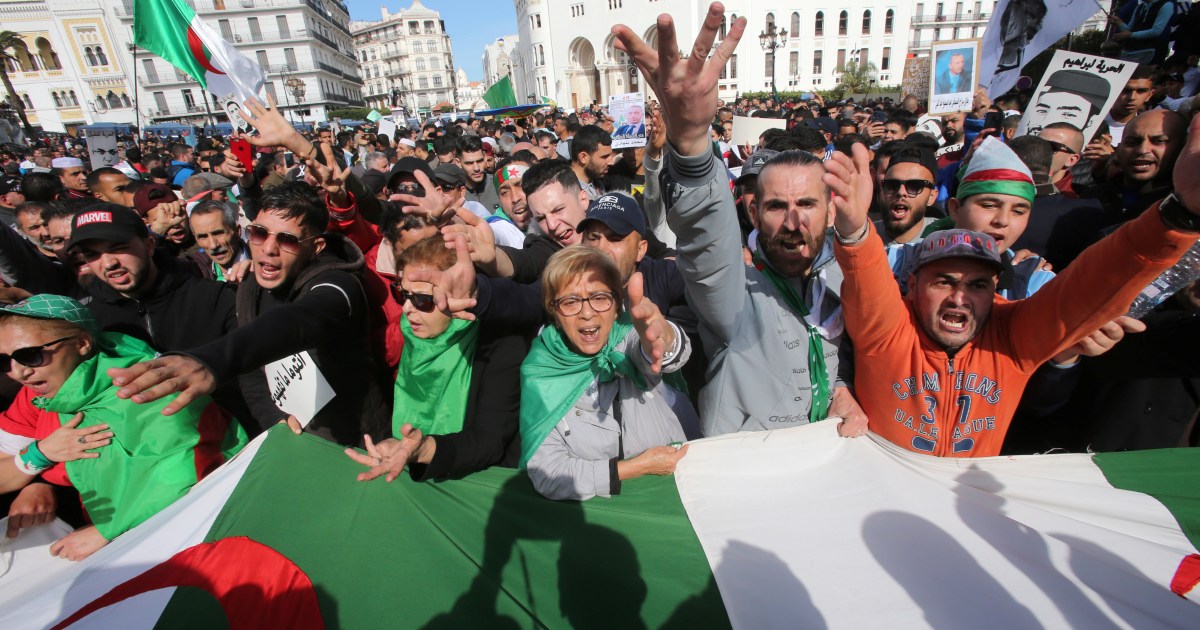 The French newspaper Le Monde said that the pace of the popular movement that erupted in Algeria in February 2019 slowed down with time due to the Corona pandemic, but the authorities continued their crackdown on activists, as the trials targeting them continued at a "frenzied" pace.

The newspaper stated - in a report by its editor, Udi Lasgonias - that with the beginning of 2020, the "outstretched hand" policy pledged by the newly elected President Abdel Majid Tebboune appeared to be materializing, as 76 activists and symbols of the movement were released at that time, in a "symbolic move" During which the street anger was calmed down and the page of ousted President Abdelaziz Bouteflika was turned.

However, with the passage of months, the policy of "outstretched hand" turned into a policy of "iron fist", as the authorities doubled the frequency of arrests, prosecutions and convictions of activists, dissidents, media professionals and social media users, in order to prevent the movement that the epidemic had hindered from recovering.

Over the course of weeks, the trials continued, as the National Committee for the Liberation of Detainees, an Algerian association in support of prisoners of conscience, stated that dozens of people are still - to this day - languishing in the regime's prisons because of their participation in the protests, noting that the vast majority of the prosecutions took place. Because of posts criticizing the executive authority on social media.

Several human rights organizations have also warned - two years after the first Hirak marches - of violations and violations of the freedom of individuals throughout the country.

The French newspaper quotes the Algerian novelist Mohamed Mulshoul (the famous Yassmina Khadra) as saying that Algeria "deserved a better fate than this," calling for the release of all prisoners of conscience in prison.

He added, "We suffered from the most heinous violations and paid a high price for a little appreciation, and now our sacrifices are collapsing in the face of the absurdity of a regime that does not know where to go ... authoritarian regimes always end up devouring themselves."

On the other hand, Le Monde believes that the arrival of President Abdelmadjid Tebboune to power on December 12, 2019 - following elections boycotted by a large sector of Algerians and the impact of mass demonstrations - did not result in the "hoped-for rupture" that the Algerian street was yearning for.

Tebboune was close to the "strong man" in the Algerian regime, the Chief of Staff Lieutenant General Gaid Salah, who died of a heart attack at the end of December 2019, in addition to being a supporter of the ousted President Abdelaziz Bouteflika and his prime minister in 2017.

In "New Algeria" - the newspaper adds - the authorities are still betting on the "old methods", as they have accelerated the pace of prosecutions since the beginning of this year, and the suspension of the weekly protest marches due to the pandemic did not constitute an incentive for them to reduce the intensity of repression or pardon some of the detainees On the contrary, it has further rubbed up and targeted mainly independent media critical of the government.

The newspaper concludes that Algerians are now living on the second anniversary of their popular movement, the "illusion of the new Algeria", due to the repression and accelerated trials of opponents and activists, despite the authorities confirming that there are no "prisoners of conscience in Algeria", according to the words of Minister of Communication and the official spokesman for the Algerian government Ammar Belhimer at the beginning the month.