Winter weather: It's going to be really slippery again

The end of the frosty days is near, but before that you have to be careful again. And not just in traffic. 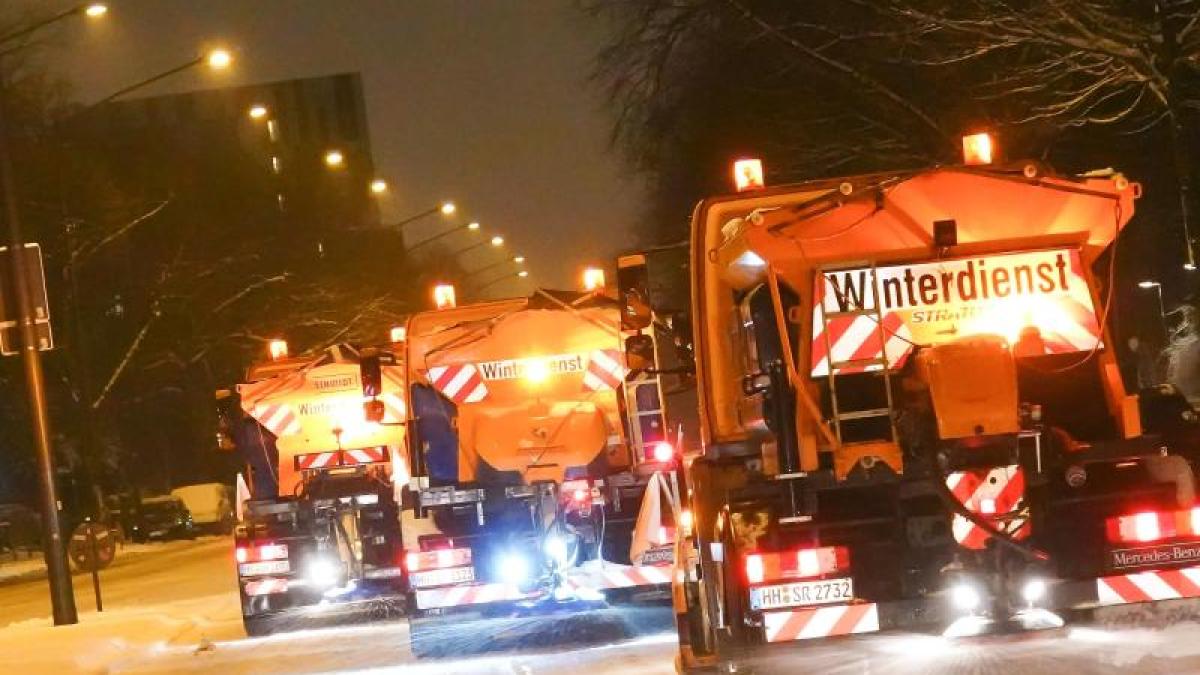 Offenbach / Hamburg (dpa) - In the morning, drivers and pedestrians have to be prepared for difficult road conditions, black ice, rain and snow.

For tonight, the German Weather Service in Offenbach expects freezing rain or drizzle with black ice in the east and south.

In addition, there could be slipperiness in many places due to freezing moisture.

For the east and south-east, some snowfall is initially expected, which should quickly turn into rain and subside in the course of the morning.

The frosty days are over for now.

The reason is the foothills of a strong Atlantic depression, which gradually brings in warmer sea air.

Especially in the north, snow and slippery roads severely hindered traffic on Monday.

In several parts of Lower Saxony there were accidents caused by the ice.

The A7 was closed for some time in the evening from the Göttingen junction to the Göttingen service station in the south direction.

The gritting vehicles of the highway maintenance department were in constant use, as the police announced.

Regional rail traffic was also affected with failures and delays.

A 54-year-old driver from the Heidekreis was killed on the B71 between Hemslingen and Brockel.

According to previous knowledge, a 29-year-old lost control of her car in the afternoon when freezing rain started and got onto the opposite lane.

The woman was admitted to hospital with serious injuries.

In and around Hamburg and Kiel, heavy snowfall in some cases has messed up rail and local public transport.

In Hamburg, the main train station was temporarily closed on Monday evening, according to the railway.

«Long-distance trains are being held back until further notice.

There are stops and train cancellations, ”tweeted Deutsche Bahn.

Shortly after 9 p.m., a railway spokesman said traffic was normalizing, but individual trains were still delayed.

"As soon as the road situation allows, the buses will run again," said the company.

Freezing rain made the streets as smooth as glass, said the transport company.

In addition, the overhead lines of the trams were covered with an ice sheet within a few minutes.

The trams therefore stopped at the stops and the buses headed for the depot for safety reasons.