Partly heavy snowfall has significantly impaired rail and local public transport in the north. In Hamburg, the main train station was closed, in Kiel the bus service of the KVG Kieler Verkehrsgesellschaft ceased. 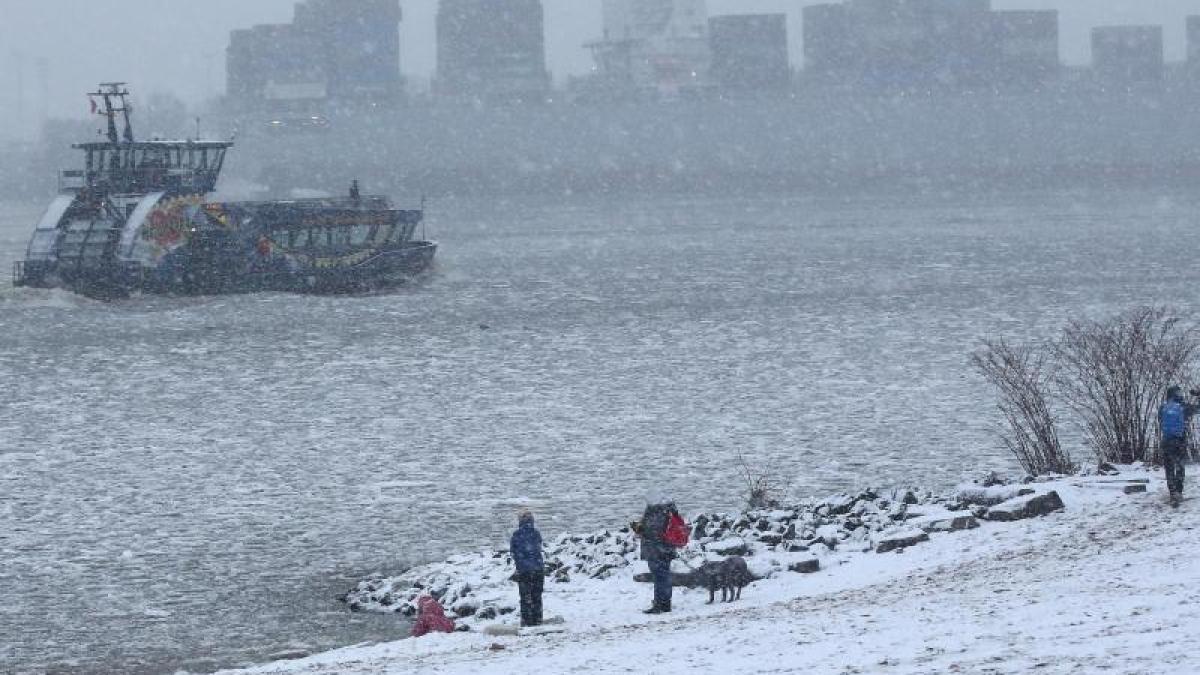 Hamburg / Kiel (dpa / lno) - Partly heavy snowfall has shaken up rail and local public transport in and around Hamburg as well as in Kiel.

In Hamburg, the main train station was closed on Monday evening.

«Long-distance trains are being held back until further notice.

There are stops and train cancellations, ”tweeted Deutsche Bahn in the evening.

"As soon as the road situation allows, the buses will run again," said the company.

Otherwise, according to the police, there were no notable events on the snow-covered streets of the Hanseatic city of Hamburg.

The fire brigade made a similar statement.

Since 4 p.m., she has had to shoo people off ice surfaces ten times, help seven fallen and take care of icicles once, said a spokesman.

Because of the snowfall, the winter service had moved out with 80 vehicles.

300 employees are on duty to clear roads, bike paths and bus stops, said a spokesman for the city cleaning service.

Other forces are on standby.

Up to 840 employees with 350 vehicles could be mobilized.

The spokesman also reminded residents of their duty to clear sidewalks and sprinkle them when it is slippery.

According to the fire brigade and police, no major accidents occurred until the early evening.

The German Weather Service warned of three to ten centimeters of fresh snow in Schleswig-Holstein and Hamburg.

On Tuesday night, the snowfall could turn into freezing rain with black ice.

Storms cannot be ruled out, especially towards the Elbe.