Moselle: the Marseille firefighters in reinforcement to track down the Covid variants Metz (AFP) Sanitation networks, nursing homes, schools: came as reinforcements in the face of the outbreak of Covid-19 in Moselle, the Marseille firefighters began on Monday in Metz their samples and analyzes of wastewater to map the variants and help limit the spread. "The first results are expected overnight," said the secretary general of the prefecture of Moselle, Olivier Delcayrou. The Mar 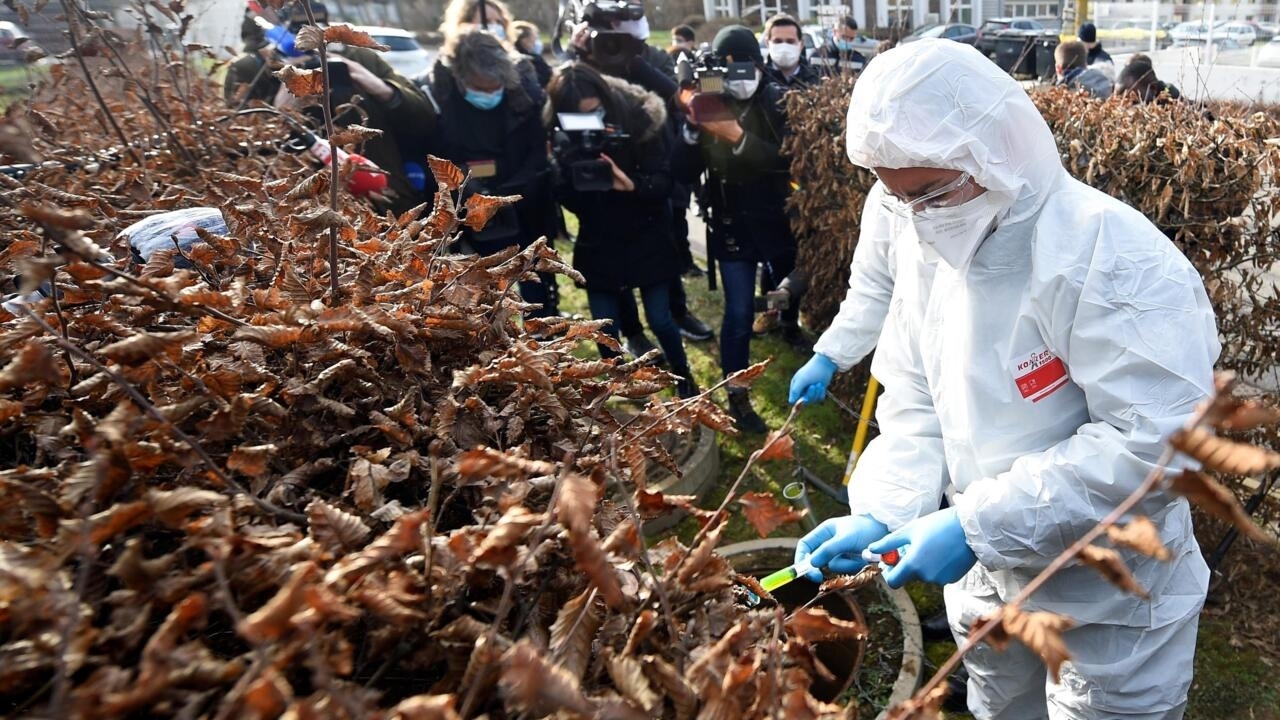 Sanitation networks, nursing homes, schools: came as reinforcements in the face of the outbreak of Covid-19 in Moselle, the Marseille firefighters began on Monday in Metz their samples and analyzes of wastewater to map the variants and help limit the spread.

"The first results are expected overnight," said the secretary general of the prefecture of Moselle, Olivier Delcayrou.

The Marseille firefighters, who arrived in Moselle on Sunday where they are exporting their know-how in Covid tracking for the first time, carried out the first analyzes on eight large wastewater treatment plants in the morning.

The samples, in total about twenty samples, were sent by special plane to Marseille for analyzes to determine the rates of Covid-19 but also the proportion of variants ", including the current proliferation, in particular that of South Africa, worried in the department, explained Éric, master-principal of the marine firefighters of Marseille, experts in samples.

To date, the marine firefighters only have one laboratory in Marseille to determine the different variants.

"The objective is to have the most precise possible mapping of the entire department", explains Mr. Delcayrou, emphasizing the other interest of the tests: to allow anticipation of contamination since "if the virus is detected, we know we have a lead of about six days ".

In Marseille, thanks to 37 points and a "quantitative" analysis of the water, the marine firefighters are now able to know the proportion of each variant in the neighborhoods.

Ehpad will also be targeted.

The first, those who have not had a case for two or three weeks, received a visit from the Marseilles soldiers and their two vehicles signed, the first with the mention "COMETE" (Covid-19, Marseille, environment, testing) and the second with the letters "CMIB" (mobile cell biological intervention).

A white suit, blue gloves and mask, a firefighter thus took a sample of 250 ml of water in the pipes, then brought back to the headquarters of the SDIS 57 where the Marseillais are installed.

There, their device can, in "45 minutes, search for the presence of Covid", according to the master-principal Eric, without however being able to seek if it is a variant.

"If there are positive elements, we alert. We can do + surfacing +, floor by floor because an infected person leaves traces. We can go to the door," he added.

The mission of the marine firefighters in the East finally concerns the schools, whose Moselle elected officials had asked Friday in vain to the Minister of Health Olivier Véran the closure, a week before the official holidays.

"There will be samples always with the idea that we can be in anticipation of human contaminations. We can have traces on the surfaces even before people are positive," said Mr. Delcayrou.

The Marseille firefighters, who have one of the five specialized operational NRBC (nuclear radiological biological chemical) cells in France, began research for COVID-19 in March 2019.

It was their commander, Rear Admiral Patrick Augier, who "had the idea to ask if it was not possible for us to analyze the Covid when we could (already) analyze biological weapons (plague , cholera ...). The answer was yes, "said the master-principal Eric, specifying that" the first analyzes had focused on surfaces and the environment ".

The mission of the Marseillais is three days renewable.

It is expected that their Moselle colleagues "share the experience" in order to continue tests in the department which will benefit from an exceptional endowment of 30,000 additional doses of vaccines for caregivers and those over 75, announced the prefecture.

In France, the technique of Marseille firefighters is of increasing interest to their colleagues.

This is particularly the case in Morbihan, where firefighters "have started to be trained".

"It is good that this work returns to Civil Security because it is different from the medical aspect. We do not see it as a disease but as a threat. Our approach is different", insisted the expert. in samples.